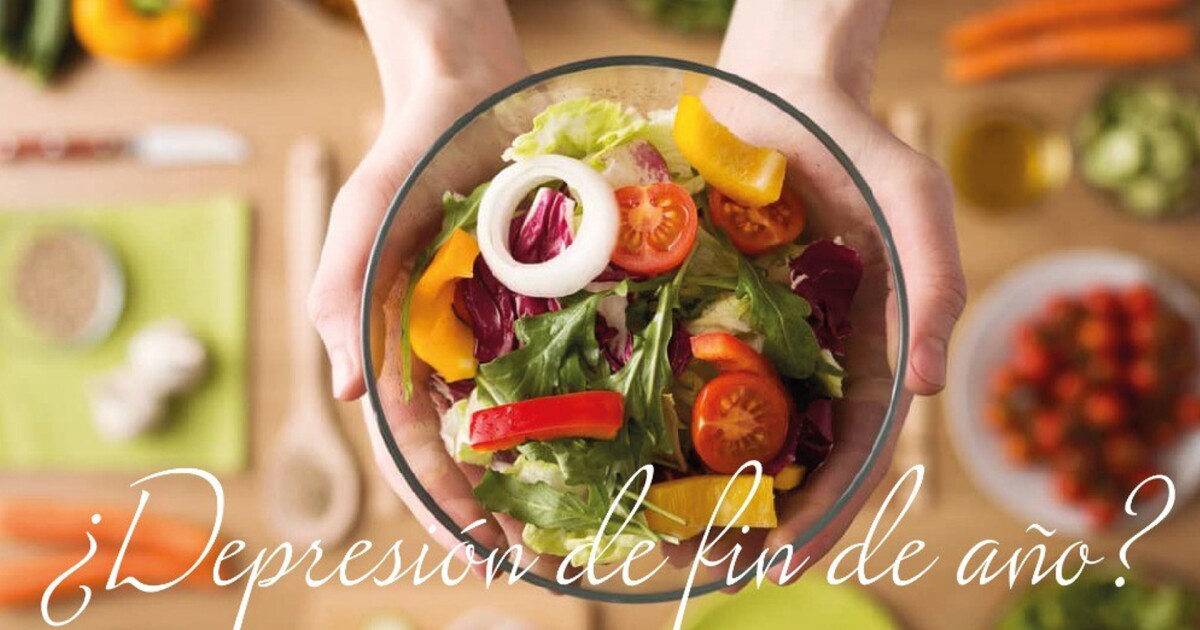 Maintaining health, both physical and mental, is the result of several factors, however, one of the most relevant is diet, since it can influence the probability of suffering from depression or anxiety.

Information consulted by the Obesity Data Laboratory (LabDO) reveals that the link between mood and diet comes from the enteric nervous system (ENS), which, among its many functions, is responsible for regulating the urges of hunger and satiety.

Although specialists affirm that severe depression cannot be remedied exclusively with the intake of certain foods, there is also evidence that excessive consumption of saturated fats, industrial pastries and red or processed meats alters the functioning of the enteric nervous system, also known as the “second brain” for its influence on mood.

According to the World Health Organization (WHO), depression is a common mental disorder, being the world’s leading cause of disability and causing more damage to women than men, as well as being able to lead to suicide. It is estimated that it concerns 3.8% of the world’s population, including 5% of adults and 5.7% of the population over 60 years of age.

The psychiatrist and author of several works, Sergio Rojtenberg, po ints out that this condition is characterized by a decline in mood, a decrease in self-esteem and the ability to experience pleasure. Depression, he affirms, has manifestations: a) affective, where feelings of sadness and melancholy prevail, in addition to a general loss of interest; b) cognitive, characterized by a distorted pattern of thoughts about oneself and others; and c) behavioral, affecting eating behavior, sleep, sexual desire, interpersonal relationships and the ability to solve problems in daily life.

For its part, an article in iMedPub Journals mentions that to reduce the appearance and evolution of depressive symptoms, experts recommend consuming food groups and nutrients such as Omega 3 and avoiding refined sugars and saturated fats, since the lifestyle they lead People have an influence on the evolution and prognosis of this disease, since it has been found that those who include high consumption of fruits and vegetables in their diet obtain higher scores in cognitive tests and reduce the risk of suffering from depression.

The latter has been linked to an increase in adiposity and the risk of obesity, which leads people to have cardiometabolic diseases such as type 2 diabetes.
Considering that depression can be a chronic condition, several studies mention that it could be associated with a higher body mass index (BMI; calculated as kg / m2), higher caloric intake, lower quality of diet and sedentary lifestyle.

The advantage of recognizing risks early can prevent depression. It is suggested to carry out physical activity, maintain a healthy diet, constantly hydrate, as well as recognize emotions, strengthen family and emotional ties, and seek timely medical attention.