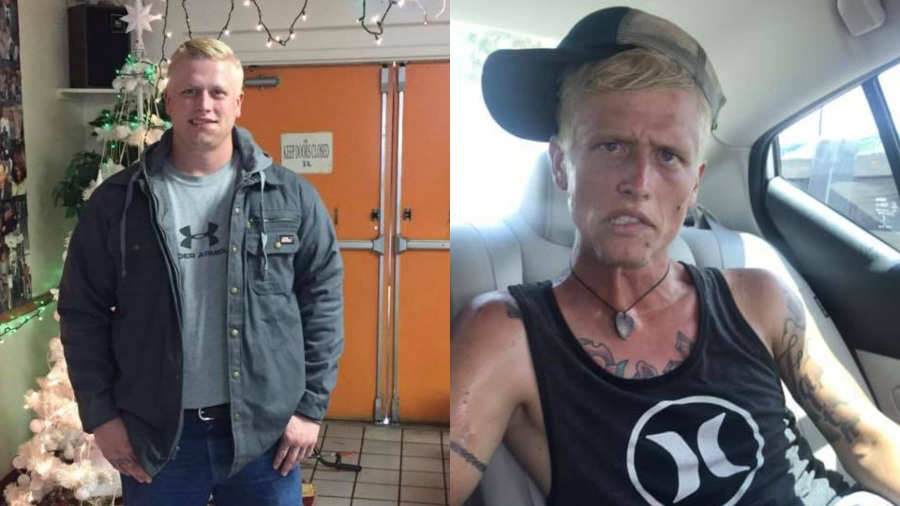 The images, taken only seven months apart, show how drugs emaciated and weakened the young American.

Cody Bishop's mother shared, through Facebook, some photos of her son that show the effect caused by heroin and methamphetamine.

The images, taken only seven months apart in the United States, show how drugs emaciated and weakened the young man.

Bishop's mother, Jennifer Salfen, accompanied the photos with a text in which she assured that this situation has been hard for her and her family. "I hesitated to share, but many people ask how things are going, so I feel I should share," the mother wrote.

The publication has gone viral and has been shared more than 60,000 times.

In the first image, a memory of his time as an athlete in high school, Bishop's very athletic and vital physical appearance is seen. While in the second, the young man is seen with his emaciated face and his thin and fragile body.

Cody is still homeless in Las Vegas, the mother said in the publication, who said she has not heard from him for several weeks. "It's hard to hear how bad he is doing, but hearing nothing is worse," he added.

"This is a real problem in our world today in which we have to unite and focus on solving it instead of the government worrying and spending all their money on throwing each other under the bus," Bishop's mother stressed.

The young man, 26, graduated from Wentzville Holt High School in 2011. And he stood out as a star athlete.

“It is difficult to understand how someone who has families and children who love them and need to live the life they do. I have given it to God and I ask God to decide that he is tired of living like this and that he wants to return home to seek help, ”Salfen added.

Salfen said that this problem is not only facing his family but almost everyone who knows someone who has a drug addiction. The mother dismissed her text saying: Cody, if you see this, call us .. we love you !.