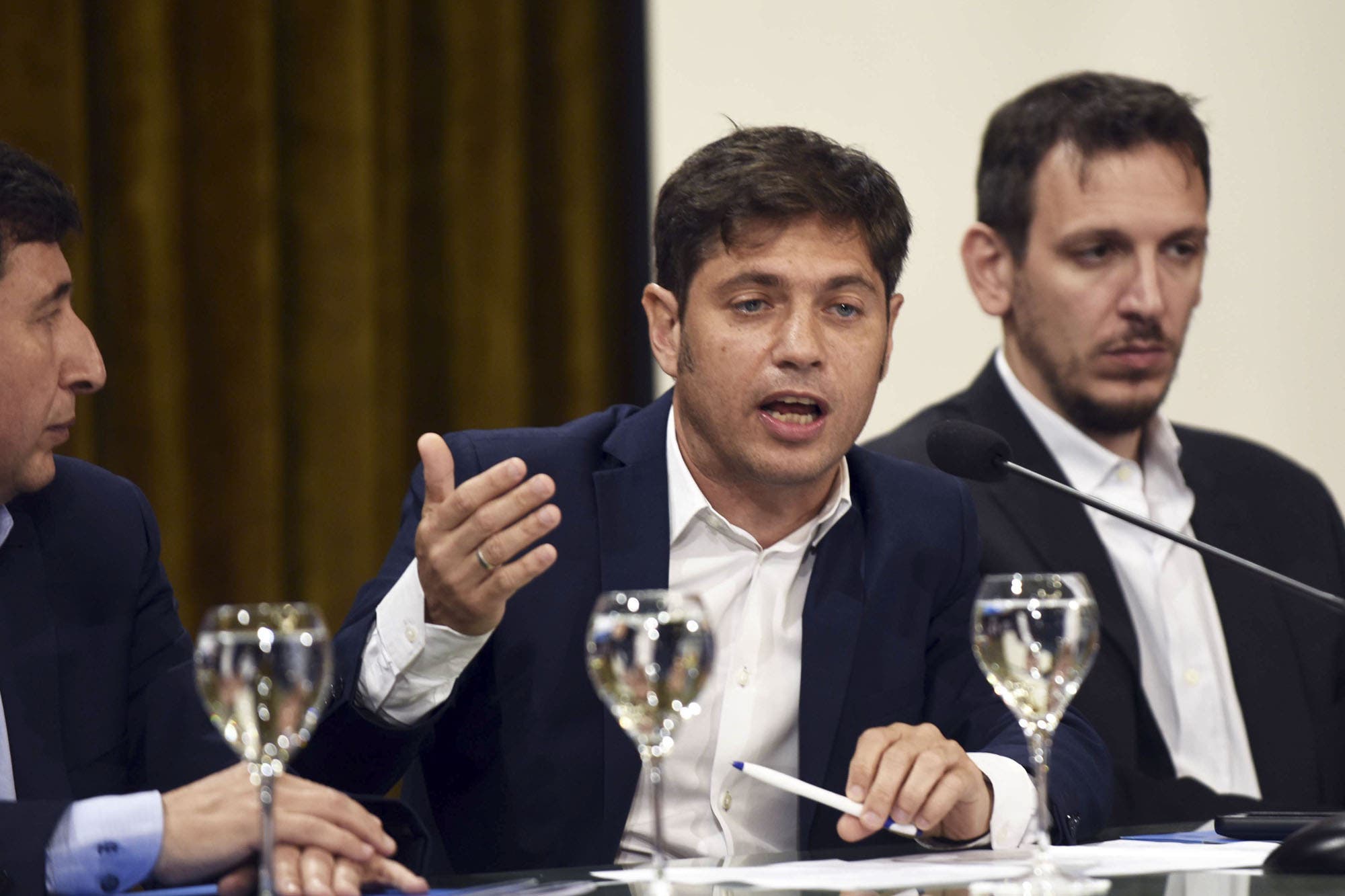 Beside the national minister Arroyo, Kicillof discharged his anger at the changes in the Buenos Aires tax law Credit: Télam

The national government will financially assist Buenos Aires to meet debts that expire this month; must cancel US $ 571 million to avoid the cessation of payments

The gestures of cordiality between
Alberto Fernández and
Axel Kicillof will be translated in the next few days into a concrete aid from the Nation to the province of Buenos Aires.

After the meeting that the President and the Buenos Aires governor held last week alone and the act they shared yesterday in San Fernando, the Casa Rosada will advance in financial aid so that the province of Buenos Aires can meet the debt commitments that expire on current month.

This was confirmed yesterday by presidential sources.

The relationship between Fernández and Kicillof is unbeatable, they insist on the national government, to drive away any hypothesis of conflict within the Front of All.

"This little boy is going to be a great governor," praised the President, in the act of San Fernando. The two will share an activity again tomorrow, in Mar del Plata, at the launch of the summer season.

In October last year, the risk rating agency Moody's warned that the province had only two options: a debt restructuring or financial assistance from the Nation.

In the Buenos Aires government they activated the two negotiation instances at the same time. As a mandatory recipe to manage with an acceptable margin of maneuver, Kicillof bets on receiving a Nation aid and also refinancing a portion of the commitments with private holders.

Of the amount that expires the current month, 253 million dollars are held by the Sustainability Guarantee Fund (FGS), the investment fund managed by Anses. In the Ministry of Finance and Finance of Buenos Aires, in charge of Pablo López, began the negotiations with that agency. There is nothing closed yet, they clarified.

The aid that Nation promised to the province could consist concretely in the renegotiation of the payments of the bonds in the hands of the FGS.

These are dollar titles issued by the province and placed through a direct subscription mechanism with the Anses fund. They expire on January 19.

The obligation with private holders is more than 250 million dollars, between capital and interest, money that, if there is no renegotiation, would have to be canceled on January 26.

In the Casa Rosada they did not specify what the aid will consist of, but they assured that they will make the necessary efforts so that the province does not fall into default.

In the national government they warn that an eventual cessation of payments of the main province of the country has repercussions on the obligations of the rest of the districts. It is an argument that is also used inwards, to explain to the rest of the governors the assistance that will be given to the Kicillof administration.

The renegotiation with private holders was launched on December 20. That day the Buenos Aires government announced "its decision to initiate a process of consultation with its private external creditors, on the basis of good faith, with a view to defining measures aimed at ensuring the sustainability of the provincial public debt."

After a few weeks of more general conversations, the Buenos Aires Ministry of Finance and Finance specifically convened the holders of the bond due in January.

The formal call indicates that the objective of the meeting is "to share points of view regarding the way to reach a temporary financial relief for the province".

Simultaneously to the negotiations for the Casa Rosada to financially assist the province, the Ministry of Social Development of the Nation signed an agreement yesterday with the Buenos Aires government to put the Alimentar card into operation.

The program, aimed at holders of Universal Child Allowance (AUH) with children under six, will reach 560,000 families and involve an injection of 2800 million pesos per month in the province of Buenos Aires, as agreed yesterday between Kicillof and the Minister of Social Development, Daniel Arroyo.