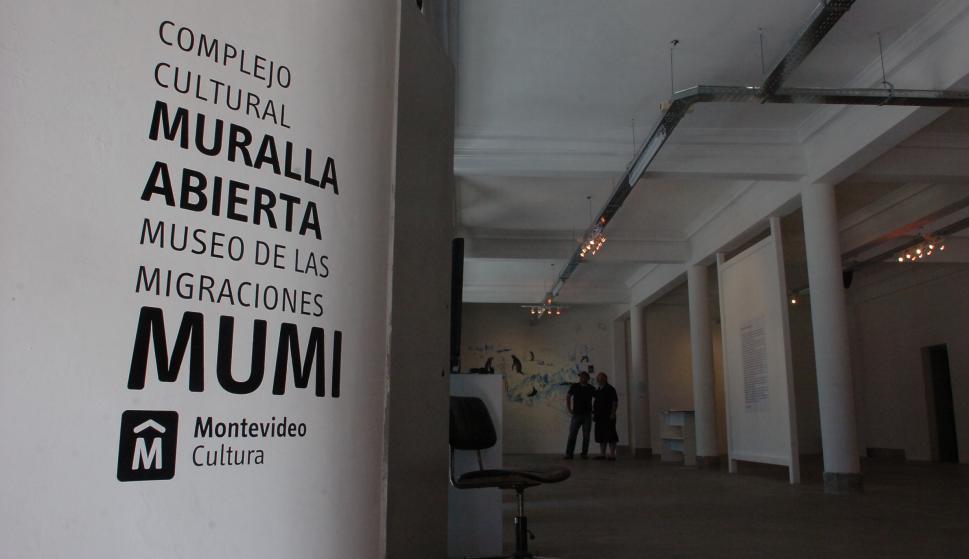 The Migration Museum (MUMI) is one of the most visited places in the Old City during the weekend that is celebrated on Heritage Day in Uruguay. For this 25th edition – which will be held on October 5 and 6 – the museum renews its proposal by offering a festival with artistic and gastronomic activities for all tastes.

Bruno Tripodi, director of the Cultural Walk of the Old City, told El País that MUMI's invitation for this year is to enjoy the aromas and flavors of traditional Uruguayan cuisine, but also dishes with a more international touch. There will be different food trucks and stalls with a varied offer: Creole food, typical preparations of the Middle East such as kebab or flavors of Mexico such as quesadillas and tacos. You can also eat chivitos, hamburgers and hot dogs. There will be crepes, bruschettas, pizzetas. To give yourself a sweet taste there will be cakes and ice cream. While natural juices, beer and wine will be offered for drinking.

"The idea is that as in all gastronomic fairs there is a great variety of offers and that the people who attend can try different flavors," said Tripodi.

The music will also be present: this year's Heritage Day celebrations are focused on it and particularly on the figure of the Uruguayan singer and songwriter Amalia de la Vega – whose 100 years were celebrated in February. That is why, explained Tripodi, that among the activities planned in the MUMI is a tribute to the artist: “A group of boys from a Melo school (Cerro Largo) is coming, because De la Vega was from there, to do an act musical, ”he added.

On the main stage, bands, dancers and various genres such as folklore, tango or flamenco will be presented throughout the weekend. The National Youth Choir of Sodre will also perform.

Tripodi explained that there will also be DJs that will musicalize with different genres, but always with the common denominator they will be melodies that represent Uruguayan traditions and artists.

"It will be music from before and now, a tour that will also have very new styles such as the trap," he said. In addition, he noted that the proposal will be an opportunity for the museum to officiate as "a meeting point for many audiences."

In addition to gastronomy and music, different workshops and talks will be held. “Inside the MUMI is the greatest vestige of what the walled city was. It is about 70 meters and that route is done telling the story a bit, ”said Tripodi, referring to one of the activities that has been carried out in the last editions of Heritage Day.

In relation to the thematic spaces that will be presented at the weekend, the place will also have the participation of plastic artists, healthy food workshops will be given, as well as lectures to learn about organic gardens or recycling, among other topics.

"The idea is that people who are walking, listening to music and eating something, also have a place to sit for a while to listen to the talks," said Tripodi. In addition, he said that this 2019 the organization chose to “point a lot to the issue of healthy, sustainable, everything green, and offer in addition to options such as hamburgers and those preparations, others that are organic or vegetarian”.

On the site there will be a market with different positions where visitors can buy from natural products, to handicrafts, vinyl, books or plants.

The proposal for this weekend is articulated by the MUMI, the Association of Friends of the MUMI, the Cultural Walk of Old City, the Municipality B and the Commission of the Cultural Patrimony of the Nation. The activities are with free admission from 11 am to 6 pm both days. The museum is in Bartolomé Miter 1550, corner Piedras.

"The whole Old City is celebrating."

The Migration Museum has the mission of illustrating, explaining, disseminating and disseminating the phenomenon of migration, characterized by establishing a dynamic and comprehensive museum model, in permanent harmony with the people who visit it, with an avant-garde design.

“The museum does a very important job because it is a link between the community and the new neighbors we have with the arrival of the migratory waves. It has become one of the first places where the migrant feels he is in his own home. It works together with several organizations of different kinds and a lot of focus is put on raising awareness about the importance of migrations in order to have an opening towards that, ”said Bruno Tripodi, director of the Cultural Walk of Old City.

But on Heritage Day, "the whole Old City is celebrating," he said. That is why while this museum is one of the places that receives the most visits in each edition of Heritage Day, the options in the area are many.

They open their doors places worth knowing such as the Solis Theater, the Metropolitan Basilica Cathedral, the Plaza Matriz, the Cabildo, the Port of Montevideo, the Uruguay Club, to name just a few.