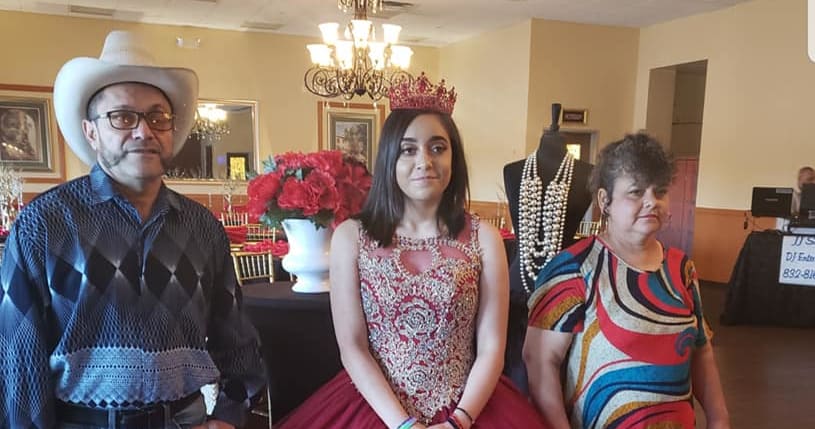 Meet Letty, the story of a Hispanic quinceañera who commits suicide after being rescued from a sexual exploiter, because she couldn't overcome the trauma.

Letty was starting to feel butterflies in her stomach. He was 13 years old and looked in the mirror hoping to grow fast.

The image of innocence entering puberty.

Letty wanted, somehow, to get out of her reality. I was a good student, but I didn't have many friends. A loner who had lost her brother a short time ago.

Letty was vunerable. And that was what his predator saw.

A beautiful, unblemished creature, fresh in everything. Salable. Good merchandise.

The girl replied with a smile too, she was quite shy and was surprised that a man looked at her that way.

It remains in his memory what the man said to convince her. But, probably, he tricked her into drugging and kidnapping her.

It is not a story we have not known before, unfortunately.

Leticia felt like throwing up when a man's first dirty hands brushed her chest. She was so afraid and so scared that her legs were shaking.

The only thing that sustained her was the drug they gave her, which made her feel good, distant, and strange to herself. Without that drug, Letty could no longer survive.

So, after the first man, sore and bloody, he consumed his dose before even taking a bath.

The second was not so difficult because I already knew what to expect. He just had to close his eyes and let it happen, then his prize would come.

It was a broken girl, one of our daughters reduced to merchandise.

His family never gave up. The grandmother and the father looked for her under the stones and, with the help of the community as usual, found her.

But Letty was no longer Leticia.

"They returned her damaged," said her grandmother, Cynthia Rivera.

Leticia, the next one, felt pain in her heart, in her soul. She felt that she wanted to return to the arms of oblivion provided by the drug, to the arms of her captor, who comforted her with that and with some pampering after each man.

He felt that he no longer belonged to his father, Mariano. Neither does grandma. I wanted to leave … I was really damaged.

YOU MAY BE INTERESTED: World Day for the Prevention of Suicide: How does it affect Hispanics?