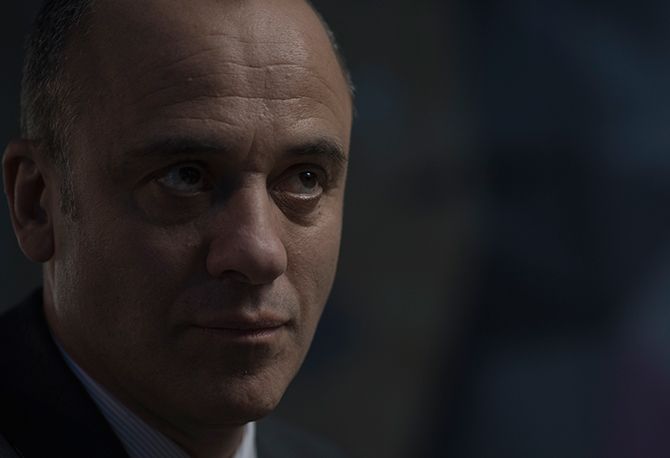 SCORE: 81 / 100Using movies like Fatal Attraction, The Hand That Rocks the Cradle, or The Cape of Fear as film references are major words in the thriller world. However, after watching Hogar, the new Spanish thriller released on Netflix, I have no choice but to do it. (Quim Vives, Netflix) MoreThe obsession has always been one of the most recurring elements of the thriller. And when we add the stalking harassment of an unscrupulous villain, brilliant performances and meticulous direction, we have a foolproof genre movie. And for lovers of those feature films that bring together all the characteristics that I have just detailed, Netflix released Hogar, a film with options to become the new national phenomenon of the platform, a few days after the premiere of El Hoyo, another Spanish thriller that managed Sneak into the most watched Netflix, Spanish cinema sets the bar high again with this bet loaded with doses of old school suspense. I mean that same suspense capable of making us lose our patience with every moment of intrigue and stir us inside with hateful villains who provoke repelús. As a lifelong lover of this genre, I am aware that it is not often that cinema surprises us with an effective thriller. More recently, the vast majority usually carry certain doses of terror, but Hogar belongs to that subgenre within the thriller that left us with so many jewels in the 70s, 80s and 90s. Clearly he drinks from great classics of the obsession such as Fatal Attraction (1987), Single White Woman Seeks (1992) or The Hand that Rocks the Cradle (1992), and from the harassment of unforgettable films such as The Cape of Fear (1991) or The Window indiscreet (1954). He even has clear references to The Gift (2015), that indie jewel of Joel Edgerton (impossible not to think of him when we see Javier carrying flowers) .In this story directed by the brothers David and Àlex Pastor (the same as the apocalyptic Carriers and The last days), Javier Gutiérrez plays an advertising executive unemployed expert in selling illusions in images. But his long experience and age place him in a dubious spot for his future employers looking for youth for traineeships or people with new ideas. And this character, who was very good at creating the idyllic family in his commercials, begins to see his life fall apart. (Quim Vives, Netflix) MoreThe economic difficulties lead to having to leave the luxurious apartment where he lives and move to his wife and son to a small apartment he has in another neighborhood. To put your precious car up for sale and adjust to precariousness. His wife adjusts by working as a cleaner and smelling of bleach when she returns home; Even her son tries it despite being abused at school for his extra kilos. However, for Javier, his life is far from the perfection that he enjoyed before. The Pastor brothers make us feel his despair, that we feel a certain sorrow for his misfortune and even that we understand to a certain extent the curiosity he feels when he discovers that there is a couple young man living in the flat he had to leave. But everything changes when we see that he finds a key to that department. Because so easily, his obsession begins. Javier becomes obsessed with that idyllic family life that the character of Mario Casas lives with his wife and young daughter in that luxurious apartment. The one that used to be yours. Begins to envy, to feel jealousy, forming an obsession that is growing. The great imagination he had to do business and manipulate the public through images, they serve him perfectly to create a ruthless, obsessive and dangerous being who wants at all costs the life that fate has taken from him. Although it is not his Read more (Quim Vives, Netflix) More Home could well repeat the fury of Contratiempo in 2017 – that thriller with Mario Casas that swept through China – because it manages to capture our attention with every passing second, being a film that it goes straight to the point when it comes to fulfilling its purpose. It is true that if we are picky we can find some loose ends, but they are not serious enough that Hogar does not manage to catch us. Javier Gutiérrez does an impeccable job as a despicable being. Of those villains that you end up hating and fearing with your whole being. Of those that make you want to scream at the screen (and at times you do) in the face of despair that only a good suspense scene can provoke. Like Javier, Mario Casas once again demonstrates that he is still one of the most interesting interpreters of his generation, capable of transforming himself into a single film by going through all kinds of emotions with the body, gestures or voice. And despite having fewer scenes, it transmits it in each one of them, which is why Hogar is a bet worthy of the success that is sure to fall. An impeccable bet, one of those to enjoy in the dark, in silence and without anyone bothering us. More stories that may interest you: