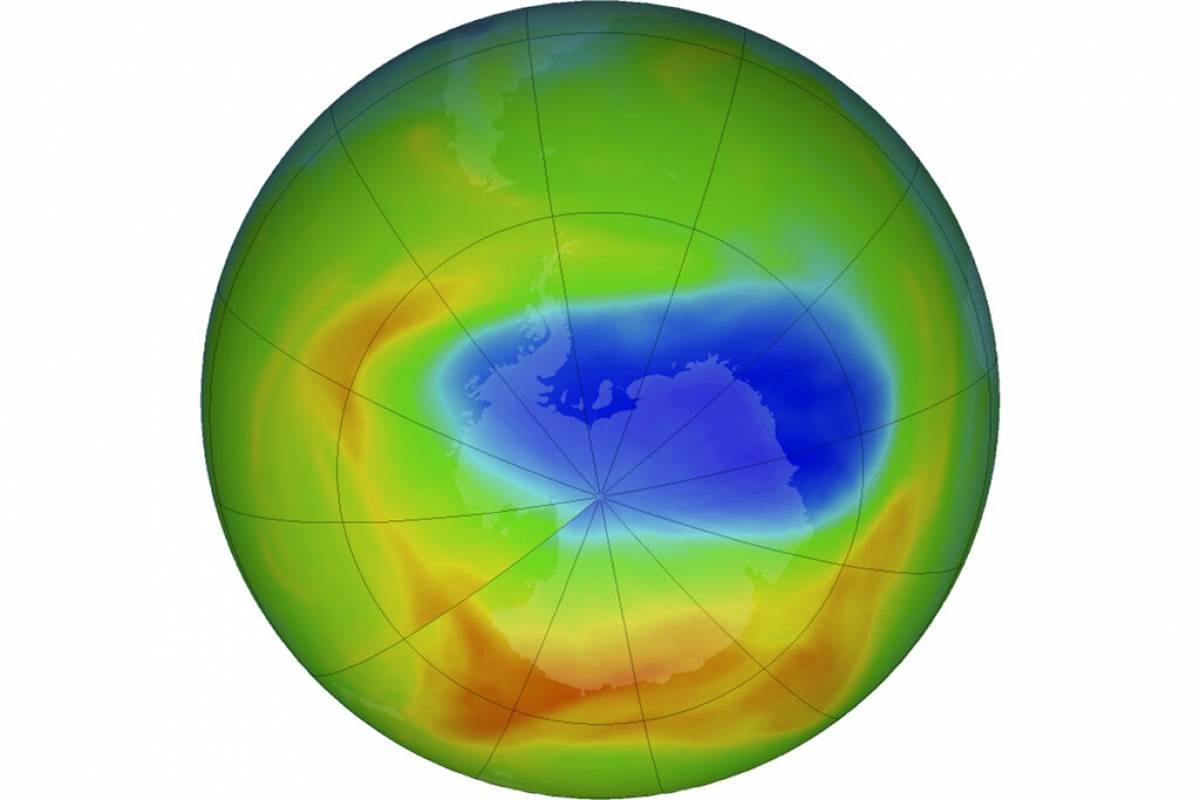 WASHINGTON – The hole in the ozone layer near the south pole reached its smallest size this year since it was discovered in 1985, NASA reported.

Scientists say this is due more to the peculiar Antarctic climate than to efforts for decades to reduce the chlorinated chemicals that cause the seasonal hole. The ozone layer protects the Earth's surface from harmful ultraviolet radiation.

"It's really good news," Paul Newman, a NASA scientist, said Tuesday. "This implies more ozone in the stratosphere and less ultraviolet radiation on the surface."

The hole reaches its maximum extent between September and October and disappears by the end of December until the southern spring arrives.

The Montreal Protocol of 1987 – the only UN treaty ratified by all nations of the world – banned many of the elements of chlorine present in refrigerant products or aerosols. The ban led to a modest reduction of the hole in recent years, but this year's steep decline has nothing to do with these efforts, Newman explained.

"It's simply a rarity of the weather," said atmospheric affairs expert Brian Toon of the University of Colorado.

Chlorine in the atmosphere needs cold temperatures and clouds in the stratosphere to become a form of the chemical component that eats ozone. The clouds disappear when it's hotter.

But in September and October of this year, the South Pole vortex – which, like its counterpart in the North Pole, is a whirlwind of cold and fast winds around the pole – began to disintegrate. At an altitude of 20 kilometers (12 miles), temperatures were 16 degrees Celsius (29 degrees Fahrenheit) hotter than normal. Winds dropped from 259 kph to 108 kph (from 161 mph to 67 mph), NASA reported.

That is something that happens occasionally, as it happened in 1988 and 2002, but it has never happened so drastically, Newman said.