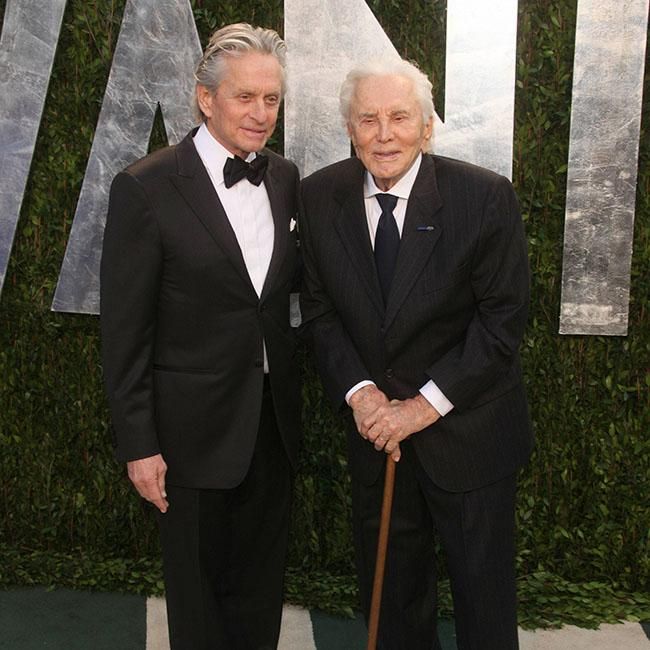 The legendary actor Kirk Douglas has passed away this Wednesday at the age of 103, his children have confirmed through a communiqué shared on the social networks of Michael Douglas, the best known of the three that survive him, shortly after the sad news transcended the media. In that message, his loved ones wanted to highlight his role as a family man and tireless defender of the humanitarian and social causes in which he believed from the heart, even above his status as a mecca star cinema. “But beyond all that, for me and my brothers Joel and Peter was just dad. For Catherine [Zeta-Jones, esposa de Michael], a wonderful father-in-law; for his grandchildren and his great-granddaughter, a loving grandfather; and for his wife Anne, an amazing husband. Kirk lived his life in the best possible way and leaves a legacy on the big screen that will last for generations to come, and a career as a renowned philanthropist who worked to help the public and bring some peace to this world, “says part of the emotional goodbye that her son has dedicated to her Catherine Zeta-Jones, who has been married to Michael for two decades, has published her own tribute on that same platform, accompanied by an old image in which she appears giving him a loving kiss on the Cheek to her husband’s father: “To my beloved Kirk, I will love you for the rest of my life. I already miss you. Rest … “. The film industry has also paid tribute to demonstrate the immense influence it had in all its spheres. Among those who wanted to join the farewell messages that have been dedicated to him in the last hours are the interpreter Mark Hamill , who has highlighted his bravery by challenging the Hollywood blacklist by hiring screenwriter Dalton Trumbo for the mythical film ‘Spartacus’, his former cast mates such as actress Lee Purcell – with whom he worked on the thriller’ Eddie Macon’s Run’- e institutions such as the Film Academy, which nominated the coveted golden statuette three times and eventually recognized his career with an honorary Oscar in 1996. Director Steven Spielberg has highlighted his overwhelming charisma that seduced viewers for decades and continued to retain until the end of his days: “I will miss his handwritten notes, his letters and his paternal advice, not to mention his sab idraje and his courage that, over his impressive career, will be enough to inspire me for the rest of mine, “said the filmmaker.
SEARCH FOR MORE