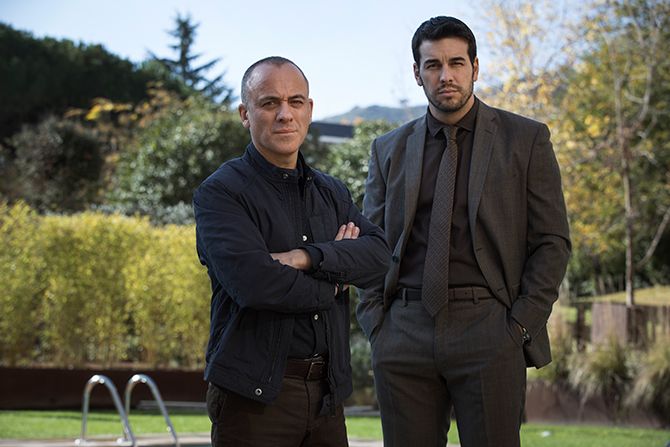 Two unknown couples and an apartment in common is the premise that raises the curtain of Hogar, the thriller starring Javier Gutiérrez and Mario Casas that judging by a most disturbing trailer could become our next Netflix obsession. Pinta has! In the trailer we see Javier Gutierrez playing an unemployed executive who after losing his wife and daughter, is forced to sell his apartment. But when he discovers that he still keeps the keys to the apartment, he begins to become obsessed with the family that now inhabits it. And as we know, the obsession is very bad, leading him to want to recover the life he lost at any cost. Thus, we see him approaching Mario Casas becoming his friend, entering his life as a prey lurking. “It’s over watching that others enjoy something they neither appreciate nor deserve,” says Gutierrez. “So from now on I will take my life by the horns without asking permission and without apologizing” he warns to give way to persecution and blood sequences. The film is directed and written by brothers David and Alex Pastor on their return to the cinematographic field seven years after the apocalyptic thriller The last days, and about eleven from the pandemic thriller, Carriers. (Courtesy of Netflix) MásHogar also means the return of both to the national industry after taking a season immersed in the development of two series, but always within the field of thriller: the co-production between Spain and Switzerland, The Head, for Mediapro, and Incorporated for SyFy (USA), and having written scripts for the international market as Eternal (Tarsem Singh, 2015) and Out of the dark (Lluís Quílez, 2014). This is the first time that Casas and Gutiérrez work together in front of the camera, being two of the heavyweights of our cinema with greater capacity to audience acquisition, as was the case with Champions with its more than 18 million euros raised at the box office of 2018 or the overwhelming success of Contratiempo (2017) in Spain and in many countries such as China, where it harvested more than 23 million, in addition of being a streaming phenomenon.Hogar, which will debut at the next Malaga Festival, opens the Netflix on March 25. More stories that may interest you: