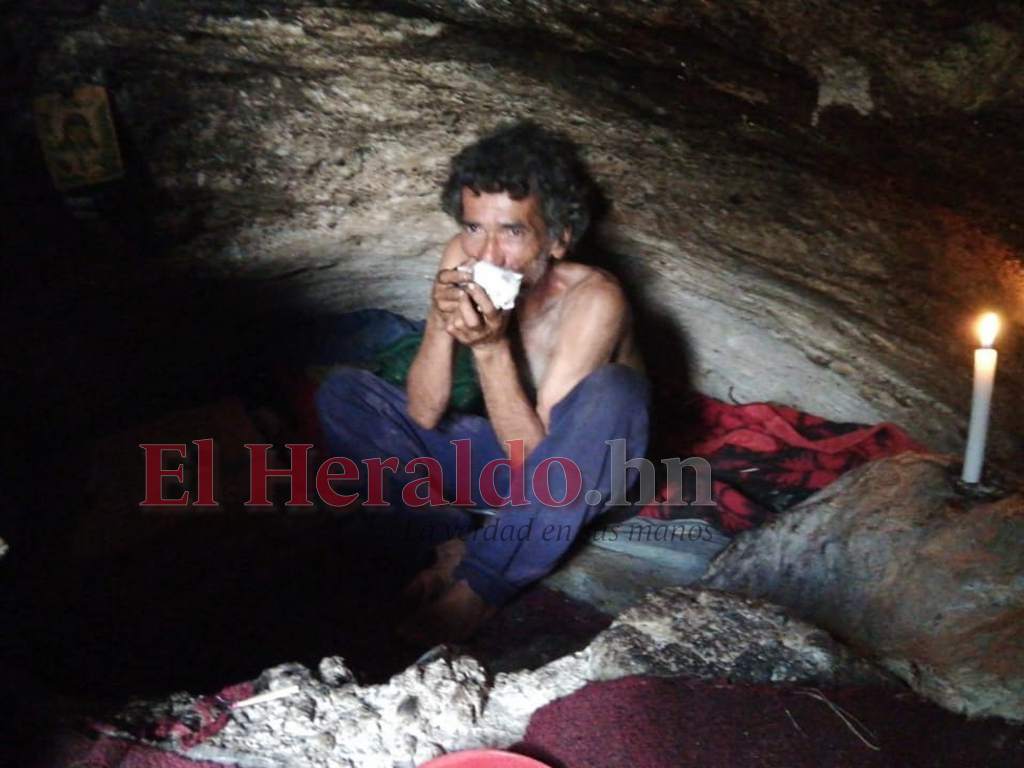 Hundreds of people who circulate daily through the peripheral ring, at the height of Los Laureles, can observe the Honduran who turned a hole in one of the hills of the capital into his home.

Despite his economic conditions, Don Óscar told EL HERALDO that he does not need to ask people for money, because with what little he earns fixing shoes he adjusts to get ahead.

IN ADDITION: Chief of the Armed Forces says that Luis Zelaya suggested that he take the government out

The man said he does not need to ask for money because he still has the strength to work. "Sometimes one is given away, but it is not that one is asking. They give it with their will."

According to the citizen, originally from Nacaome, Valle, it is a sin to ask, however, he does not despise what sometimes people willingly give him.

Óscar Rolando Gutiérrez said that he has 15 years of living there and little by little he has been conditioning the cave to withstand the heavy rains or the imposing sun of each year.

He recalled that a few years ago he went in search of the American dream, but he failed to pass, however, he does not rule out trying to head back to the United States.

In his "home" he has a bed, a small stove and lights his space with a candle.

In addition, he set up a place where his 12 cats rest, who keep him company every night and day.

OF INTEREST: Little interest of Hondurans for work visas in the United States