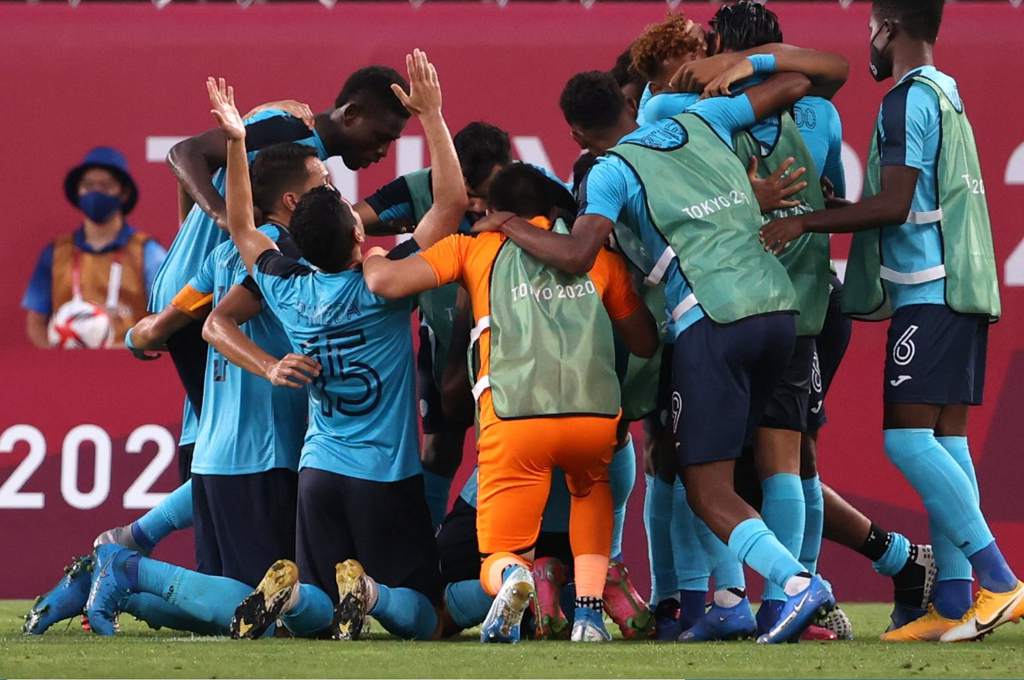 In a brilliant comeback, the Honduran National Team beat New Zealand 3-2 and keeps the dream of qualifying for the quarterfinals of the Tokyo Olympics intact.

The entered Rigoberto Rivas (87) gave the victory to the H, who reflected a sample of character and was able to react in a match that had him uphill almost all the time.

The New Zealanders scored their goals through Cacace (10) and the giant Chris Wood (49), while the temporary parity had been achieved by midfielder Luis Palma (45 + 1) and Luis Obregón (78).

With this fundamental victory, the team led by Uruguayan Miguel Falero will depend on itself to qualify for the quarterfinals, when they face South Korea in Yokohama next Wednesday.

Palma saved a suffered first half

The catracho team tried to play their game on the wings, but they found a New Zealand team in good shape and creating dangerous counter-attacks.

At minute 10 New Zealand began to win with a goal from outside the area of ​​Liberato Cacace.

The Bicolor tried to press the starts, but the inaccuracies and errors in the starts complicated the entire first half.

Jorge Benguché at minute 23 had to match the cards, but in front of the header he missed it after a rejection by the goalkeeper after a shot from Luis Palma that had poison.

Palma had it again at 44 when he received a cross from Cristopher Meléndez, he took the mark of a defender with a roulette wheel, but his shot was covered by the goalkeeper.

On the next play, José Alejandro Reyes sent a cross from the right to Palma, who only shot the goalkeeper in the header area.

Obregón and Rivas save the night for the “H”

For the second half, Honduras came out with more momentum and at 46 Douglas Martínez forced the goalkeeper to come out and concede a corner kick. But three minutes later, New Zealand went up again with Wood’s goal on a deadly counterattack.

With the score against, coach Miguel Falero sent his entire arsenal to the field. He brought in Rigoberto Rivas and Juan Carlos Obregón and changed the face of the match.

With the result in their favor, those of Oceania fell back, but they did not have the astuteness of Obregón, who at 77 took advantage of an error by the defense and the goalkeeper to make it 2-2.

At 84 Rivas had the third, but only in front of the goalkeeper failed in control and ended up losing it.

He had his revenge at 87 in an overflow on the left he took a cross shot that ended up entering the net in complicity with the goalkeeper.

Honduras will seek a victory against South Korea on Wednesday that will allow it to seal the long-awaited ticket to the fourth Olympic Games.