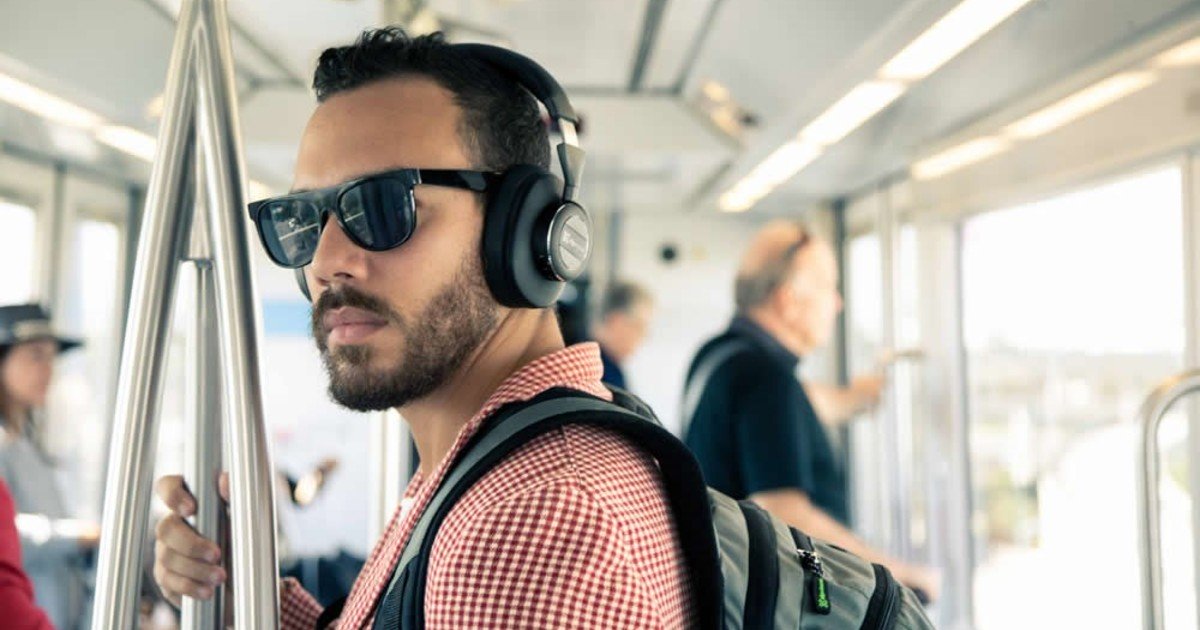 Most headphones, even those that press into the auditory hall, are unable to isolate external vibrations during a subway ride or a heavy environment. The solution for these cases is not to increase the volume until the nerve endings of the ear explode, but to obtain a device with noise cancellation. How are the most comfortable and lightweight models that connect via Bluetooth and at the same time, those that, using several microphones, filter the external sound before it can be recognized by our brain.

The best antidote against noise pollution in the streets is the headphones that incorporate in their structure an active noise cancellation system (ANC by Active Noise Canceling). This technology is implemented in both the band-shaped models, the new True Wireless Stereo (TWS) and also the gaming equipment.

The secret of the hermetic silence is in the capture of the sound waves through one or several microphones integrated in the structure of the device. The purpose is to generate an opposite wave so that the sum of both produces a much more attenuated wave and therefore is not annoying.

“It is the technology whose operation is based on the theory of wave interference. It is the result of creating an artificial and inverted sound wave inside the headphones that added to the original wave (external ambient noise), results in the total or partial cancellation of the external noise wave. This is what is known as destructive wave interference, ”says Gonzalo Esposito, Territory Manager of Klip Xtreme and Xtech.

Its origin dates back to the 50s when headphones began to be developed for airplane and helicopter pilots, due to their need to communicate in bustling environments. Gradually, this technology was introduced for commercial purposes.

Headphones that isolate outside noise

As a rule, the cost of these headphones doubles the value of classic models, since to analyze the external sound wave and then generate the reverse wave that cancels the original, they must incorporate their own processor. Thus, its price varies between $ 9,000 and reaches $ 25,000.

To reduce costs, some manufacturers appeal to the so-called passive noise cancellation, which is reduced to blocking the external sound by means of acoustic insulators. The strategy is to interpose insulating material between the casing or external part of the headset and the part that will be attached to our ear.

In order not to be oblivious to what happens to the environment, most resort to the ambient sound function. When activated, it awakens the microphones located in each headset to mix part of the external sound with the music. In this way, if a person asks a question, one can hear it clearly.

In the row of local premieres, the most advantageous position is occupied by the Sony WH-1000XM3, with Dual Noise Sensor technology, which captures the ambient noise with two microphones and transmits the sound data to the processor to cancel the noise.

In terms of autonomy, it provides 30 hours of battery life with noise cancellation and Bluetooth connection. And by means of the improved fast charging function it grants five hours of wireless playback with only 10 minutes of charging.

The great novelty of the Apple Airpod Pro, was the incorporation of the ANC. But there is more. Now the pin is shorter and brings interchangeable flexible silicone ear pads. The new model is resistant to sweat and water, which makes them suitable for athletes.

To achieve cancellation they use two microphones that are combined with an algorithm. While the former is oriented outwards, the other is internal, which allows the rest of the incoming noise to be canceled. This system works continuously canceling and adapting that signal 200 times per second.

These In-Ear headphones are again based on the Apple H1 chip that was already used in the first version. According to the manufacturer, with a single charge, about 5 hours can be used. While about 5 minutes in the case, which also supplies them, they reach for an hour of audio.

If the intention is to go unnoticed, the Samsung Galaxy Buds, with an ergonomic design of the capsule type, once placed, just protrude from the auditory pavilion. While its silicone tips achieve optimum grip and great stability.

As for autonomy, they reach about 6 hours, in an intermediate volume. When you put them in the case, the recharging process begins, through the 252 mAh battery. An attractive detail is that they support wireless charging through Qi. The headphones, which weigh 4.9 grams each, have a 58 mAh battery.

To take you to the plane or drive through busy streets, the Klip Xtreme Tranze KNH-500 allows you to easily alternate between playing music and receiving incoming calls. And through voice messages indicate the 6 levels of battery status in real time.

Logitech Zone
With an autonomy in ANC mode of 14 hours. Compatible with Qi wireless charging. $ 9,000

And if it's a team game, Logitech Zone Wireless is ideal for collaborative games, such as League of Legends or Fortnite. And through Easy-Switch technology, they offer the versatility of connecting wirelessly to the computer, tablet and smartphone simultaneously and easily switching between paired devices.