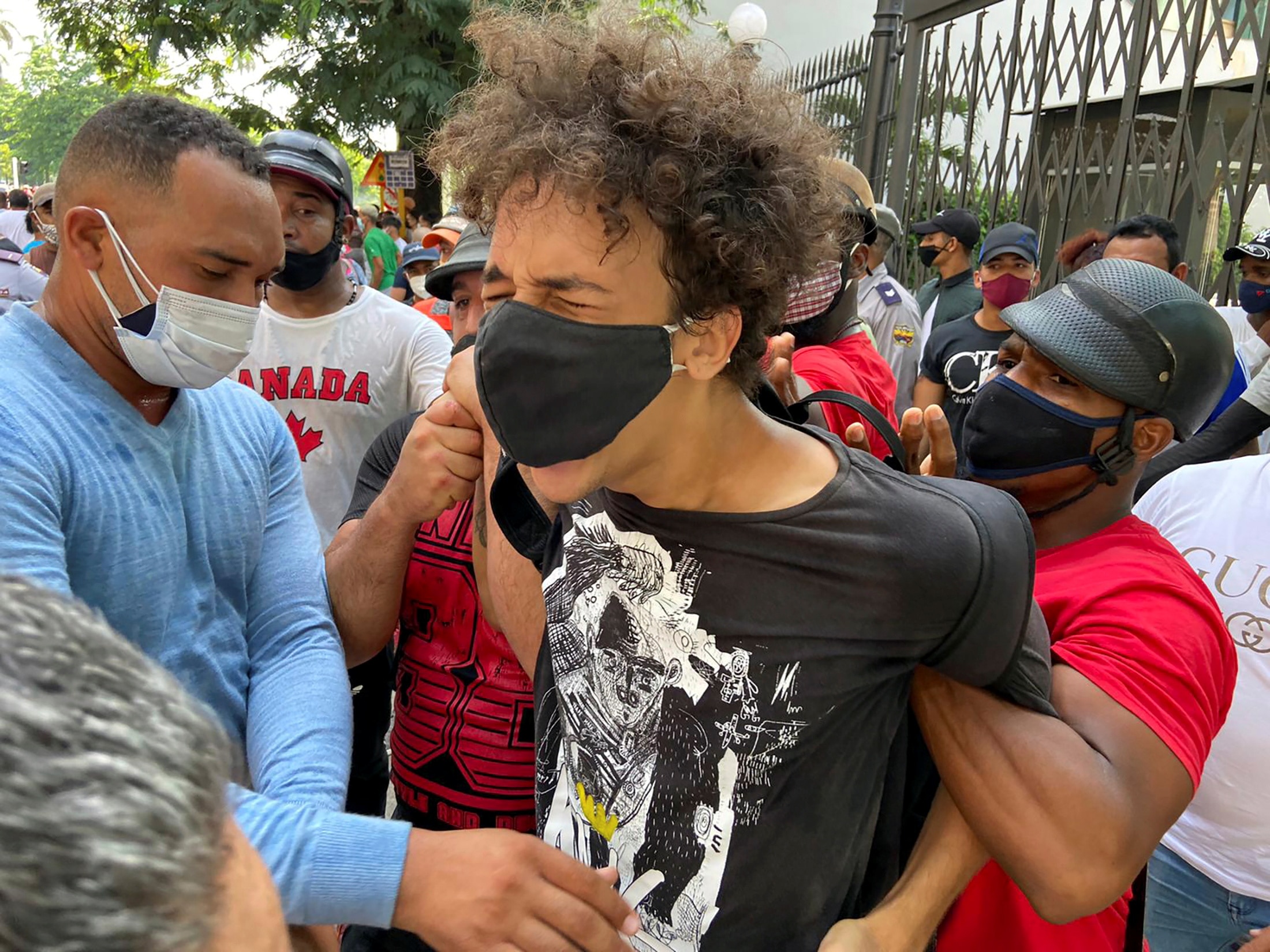 US President Joe Biden said Thursday that his administration is studying whether its existing technology can get Cubans to connect to the internet without having to rely on the state monopoly ETECSA, which controls network access on the island. The massive anti-government protests that began on July 11 in Cuba once again demonstrated the convening power of the internet. Thousands of Cubans took to the streets when they learned first-hand on their mobile phones that others were marching out in numerous cities in the country. As the protests spread, the government, among its first measures, proceeded to cut off access to the network. The decision stopped the flow of information in real time when the police and other pro-government bodies began to respond with force to the protesters. The mechanism is not new, it was already used during the Arab Spring in Egypt in 2010, this year by the military in Myanmar after the February 1 coup, and on other occasions by repressive regimes. Although the Cuban government denied having cut the internet, the disruption of online communications from Cuba was evident. Only on Thursday a reestablishment of some services and social networks could be observed. In addition to contact with their families and with each other, many Cubans use the Internet to express the situation of deprivation they are experiencing through blogs, podcasts, digital newspapers and publications on social networks. As on the island all the press media belong to the government, it is the only way of informing foreigners of what is happening there. The reaction in the United States, especially from a community of Cuban exiles of more than one million people, was to demand that Washington find ways to provide the people of Cuba with internet access without depending on ETECSA. Does the technology exist to bring the Internet to Cubans? In response, Biden said Thursday, “We are considering whether we have the technology to restore that access,” but others, such as Republican Florida Gov. Ron DeSantis and Sen. Marco Rubio, had already made proposals to that effect. On Thursday, Republican legislators, including Cuban-American María Elvira Salazar, along with DeSantis, asked the White House to authorize the provision of internet to Cubans on the island. Salazar said that it is necessary for Cubans to continue exposing the alleged abuses to the world. of those who are targeted during the demonstrations that are recorded. Rubio, for his part, expressed in a tweet his satisfaction with Biden’s words: “Happy to see this afternoon that @potus (President Biden) said that they are open to the idea that I proposed on Monday to provide internet access to the Cuban people. “This can be done. Let’s do it!” Happy to see that this afternoon @potus

said they are open to the idea I proposed on Monday of providing internet access to the people of #Cuba This can be done. Let’s take action!#CubaSOS https://t.co/QjXRTmZKOk— Marco Rubio (@marcorubio) July 16, 2021
Pressure is prompting the administration to seek alternatives, but Assistant Secretary of State for Western Hemisphere Affairs Julie Chung said any decision will come out of a discussion between various government agencies. On Wednesday, Republican Senator Marsha W. Blackburn told the WABNEWS that the Open Technology Fund Authorization Act that she has promoted with Senator Bob Menéndez, Democrat of New Jersey, would help countries like Cuba much more, where the internet has been blocked. According to Blackburn, the technology would allow people in countries whose governments block the internet “to continue communicating” with each other and with the outside world, but he did not elaborate on how this would be in practice. Sorry, but your browser cannot support embedded video of this type, you can download this video to view it offline. Balloons and VPN Much of any alternative would fall to the private sector. DeSantis mentioned in a press conference a project called Loon between Google and a company called Raven that uses high-altitude balloons to transmit a signal that can be picked up by smartphones from the ground. The technology was already used during Hurricane Maria in Puerto Rico in 2017. The idea would be to place the balloons near Cuba in international waters. At the moment, two methods have spread through social networks for Cubans: access to the Internet by satellite and the installation of virtual private networks (VPN, for its acronym in English). The VPN tries to simulate that the person is in another part of the world and not in Cuba, so that ETECSA is unable to detect that connection within the island, and thus the internet can be used normally. The problem you have is that the application must be downloaded or received from one phone to another. Satellite networks are used when there are natural disasters and there are cuts in communications. The procedure is to put the phone in airplane mode for 16 seconds and wake it up without using the phone’s internet data. Then the 3G network must be selected to be able to use the satellite network. It is unknown if anyone on the island has used either of these two methods to connect after last Sunday’s lockdown. Connect with the WABNEWS! Subscribe to our YouTube channel and activate notifications, or follow us on social networks: Facebook, Twitter and Instagram.