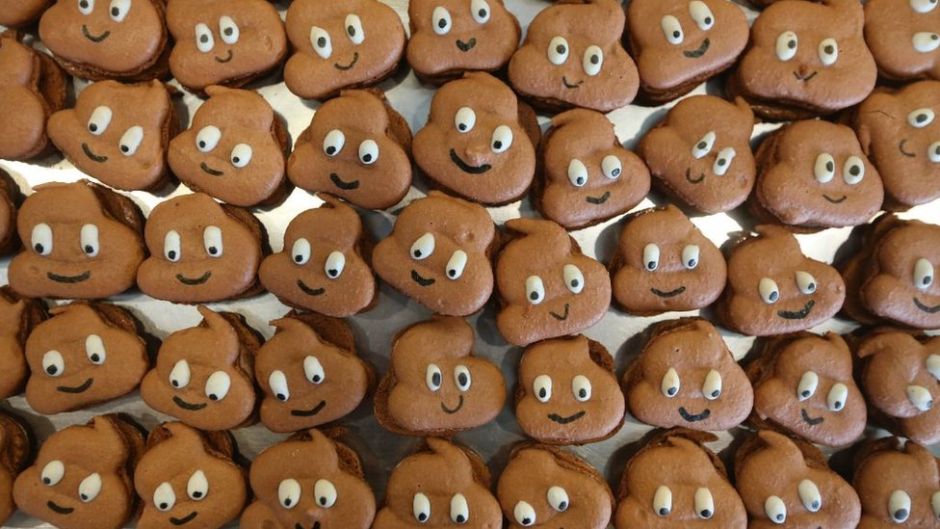 Waste and sewage can provide relevant data about the health habits and socioeconomic profiles of different communities. How is it possible to investigate them and what information do they provide?

There is a laboratory somewhere at the University of Queensland, in Australia, which is storing unusual specimens: human waste from more than a fifth of the population of that country.

The samples are extracted in wastewater treatment plants located in different parts of the Australian territory, frozen and mailed to university researchers.

It is a “treasure” of information about the eating habits and lifestyle of different communities, say researchers Jake O'Brien and Phil Choi.

They found that in areas with a population with a higher purchasing power, the consumption of fiber, citrus and caffeine was higher.

And all this information came encoded in the human excrement of these communities.

The study put into practice what other researchers have been theorized for some time: that it is possible to obtain a reliable view of the average consumption of food and medicine from a community through its wastewater.

O'Brien and Choi argue that with this method it is possible to obtain almost real-time data of changes in population habits, which could help inform public health policies and messages.

The practice, known as epidemiology of wastewater, has existed for about two decades and is used in Europe, North America and in some other places mainly to control the consumption of illicit drugs in populations.

Some studies have worked on the use of legal drugs and there are projects to apply this system in the early detection of disease outbreaks, but tests of diet markers so far have been largely theoretical.

And while surveys are used to find out what foods and medications are consumed, sewage analysis can be a more objective measure of average consumption within a particular catchment area.

The first challenge was to find exactly what they could try.

After all, sewage is not only urine and feces, but also personal care products, food waste and industrial or commercial waste.

The researchers had to find particular biomarkers related to specific foods produced only by human feces or at least predominantly.

The study used two biomarkers associated with fiber consumption (ingested when eating plants and grains) and one related to citrus consumption.

Both fiber and citrus consumption are considered characteristic of a healthy diet.

Communities with the highest socioeconomic indicators recorded strong correlations with high rates of consumption of these products.

Citrus consumption is considered one of the characteristic components of a healthy diet. (Photo: Getty Images)

In other words, in general terms, it was found that the richest areas had diets richer in fiber and citrus.

It was also discovered that these communities consumed espresso and ground coffee more frequently.

The authors of the report suggest that this is due to the financial capacity of this group to invest in the product and a culture of coffee consumption among the richest Australians.

At the other end of the socioeconomic spectrum, the poorest communities recorded a high consumption of medications such as tramadol (an opioid-based analgesic), atenolol (blood pressure medicine) and pregabalin (anticonvulsant medicine).

Other types of analgesics, medications and antidepressants also appeared linked to areas with greater socioeconomic disadvantages, but not to the same extent.

The study confirms a global phenomenon known as social health gradient, which reflects that factors associated with good health, such as smoking rates and obesity levels, improve along with socioeconomic status.

Caffeine was found in the wastewater of Australians living in neighborhoods of greater socioeconomic power. (Photo: Getty Images)

While Australians believe that the country is egalitarian and there are studies at international level that confirm it, this new research on wastewater indicates that socioeconomic inequality is a serious problem.

An Australian who belongs to 20% of the richest population and has five times more disposable income than someone living in the bottom quintile. And, in general terms, more money means a greater capacity to pay for perishable foods such as fruits and vegetables, while more education means a greater understanding of nutrition.

Professor Catherine Bennett, director of epidemiology at Deakin University in Australia, says the Queensland study has its scope and limitations.

“It is an ecological study in epidemiology. The term means that we are not using individual data, but collective data, ”says Bennett.

"It's a really interesting opportunity, as long as we don't try to interpret the data excessively," he explains.

And he adds that "it is a useful way to keep abreast of what is happening at the population level."

Read the original story in English on BBC.

Now you can receive notifications from BBC News World. Download our app and activate them so you don't miss our best content.