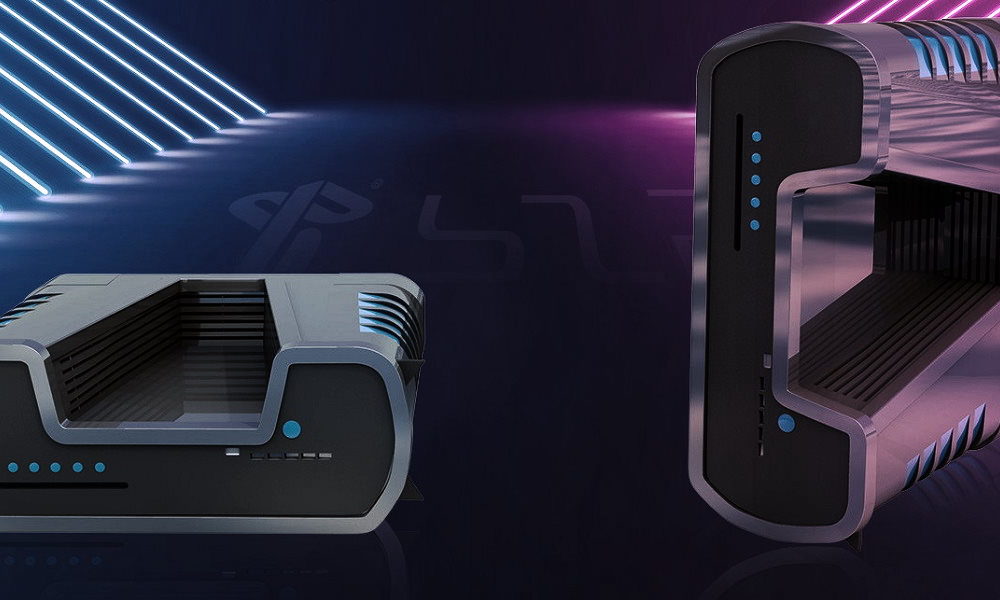 Sony confirmed yesterday new details about its next-generation console, PlayStation 5, although it did not give details about the price. We are not surprised that they have chosen that name, after all it was logical considering that the current generation is called PlayStation 4, and that it has acquired a value and recognition in the sector that implies that any major change could end Being counterproductive.

Putting together all the leaks and official information that have been published so far we have a fairly clear vision of almost everything we can expect from PlayStation 5 at the hardware level, and this allows us to get an idea of ​​what its price should be end of sale

A little over a week ago we published an article dedicated to assessing the price that Xbox Scarlett should have, and today we want to do the same with the Sony console. As we have more information about PlayStation 5 we will dedicate more lines to explain and assess each of the components that will shape this console. We will also consider your peripherals and accessories, including the new DualShock 5 with haptic response, all with the aim of reaching a conclusion as sensible as possible.

The price of PlayStation 5 will depend on AMD

We start with one of the most important pieces of this console, the "heart." Sony will repeat the approach of the current generation, that is, it will mount an APU. The rumors that pointed to the use of a CPU and a graphics card are practically ruled out, something understandable not only for what the second option implies in terms of costs, but also in everything related to the occupied space and the extra cooling system.

Mounting a processor and a graphics card would be expensive and inefficient in every way, but what APU will Sony use? Well, a customized solution that does not currently exist on the market, which has already happened with PS4 and PS4 Pro. The prestigious Japanese magazine Famitsu, one of the most respected and veteran media in the world of video games, has given "confirmed" that PlayStation 5 will use a Zen 2 processor with 8 cores and 16 threads, and an AMD Radeon GPU.

Its definitive working speeds and the second shader count are not yet known, but the most recent information I have been able to see indicates that the processor will run at 1.6 GHz in normal mode and 3.2 GHz in turbo mode and which will have 4 MB of L3 cache. This means that it will have much less raw power than a Ryzen 7 3700X, but it will be cooler and will far exceed the AMD Jaguar of PS4-PS4 Pro.

The GPU will be based on the RDNA architecture of AMD (second generation according to some sources) and will have a gross performance similar to that of the RX 5700, although unlike that it will be prepared to accelerate ray tracing by hardware. We do not know if AMD has introduced a block of specific cores and if we will see, therefore, changes at the silicon level or if on the contrary that acceleration will be carried out through the joint work of shaders and TMUs.

If I remember correctly the cost of the APU used by PS4 was, at its launch, about 100 dollars, so it is not unreasonable that in the case of PlayStation 5 it ends up around 150 dollars, approximately. We have already said it on other occasions but we repeat it in case there are doubts, and we cannot directly compare the cost of components that Sony pays to mount a console with the retail price that its closest equivalents have.

We still do not know what exact amount of memory PlayStation 5 will have, and its storage capacity has not been confirmed, but we know that it will use a high-performance SSD and that it will maintain the unified memory architecture that we have seen in previous generations.

Thanks to this we can be clear that the cost of the storage solution that will mount this new console will be higher than the one found in PS4, and we can also expect it to come with more RAM than that console. Both PS4 and PS4 Pro have 8 GB of unified GDDR5 (the latter adds 1 GB of DDR3 for the system), and Xbox One X has 12 GB of GDDR5, so the most sensible thing, at first, is to think of 16 GB of GDDR6 memory.

Having more RAM allows creating more complex games and wider worlds, and having a greater amount of graphic memory is essential when working with high resolutions (4K for example) and we want to use high quality textures. In current games the 4 GB of VRAM have become essential in 1080p configurations and maximum qualities, while in 4K it is advisable to have 6 GB-8 GB of graphic memory.

All this allows us to intuit where Sony could go as far as the amount of unified memory is concerned, but we must also remember that they could attach 2 GB or 4 GB of slower DDR4 memory that would be reserved exclusively to the system. They already did it with PS4 Pro, a console that, as we remember, comes with 1 GB of DDR3 for the system.

Regarding the cost, we know that the 8 GB of GDDR5 that PS4 was riding was priced at $ 88. In this case, Sony is likely to move between $ 100 and $ 125, depending on the configuration you end up assembling. Regarding the SSD, the estimate is more complicated, but it should be around 30 to 50 dollars, and the 4K Blu-ray reader should also add about 30 dollars.

To all of the above we must add, in addition, the costs related to the integration of other key elements for the proper functioning of the system, such as the power supply, the wireless connectivity solution (Wi-Fi and Bluetooth), the cooling system and the board on which the APU, unified memory and other components will be integrated, in addition to the costs associated with the assembly and testing of the console.

We could say that with that we close the «PlayStation 5 exploded view and that we can launch to give an informed estimate of the sale price, but there is still a key piece in the equation, the new DualShock 5 command. We already told you yesterday that Sony is working in a new control knob for your console that will integrate important improvements both at the speaker and microphone level as well as immersion, thanks to a haptic response system that will allow you to create more realistic effects.

It is obvious to say that all this implies a cost and that it will affect the final price of PlayStation 5, since the console will come, in its most basic pack, with a control included.

The issue of backward compatibility with PS4 and PS4 Pro should not, in theory, add any kind of cost, since the PlayStation 5 base architecture itself would allow it to be carried out through various adjustments made via software.

Final notes: when would it cost to make a PlayStation 5?

The manufacturing cost of PS4 was, at its launch, $ 381 and the console reached the market with a sale price of $ 399. Sony earned money with each unit sold, and earned large revenues through the sale of software and services (PS Plus).

In the case of PlayStation 5, the estimates we have made leave us an approximate manufacturing cost of $ 425 in the version with 16 GB of GDDR6 and $ 450 in the version with 20 GB of GDDR6. Since, according to the latest information, the console could reach the market with a sale price of $ 499 we see that it makes sense, since Sony would have a good income margin for each unit sold.

Returning to the issue of the sale price, I think that, by making a joint assessment of its benefits, PlayStation 5 should cost a maximum of 499 euros in its base configuration. Exceeding that figure could generate a certain rejection among consumers and negatively affect their sales during their launch period, and we all know how important the first months are after the launch of a console to consolidate its ecosystem and expand the bulk of users.

Now it's your turn, what price do you think PlayStation 5 should have and why? The comments are yours.