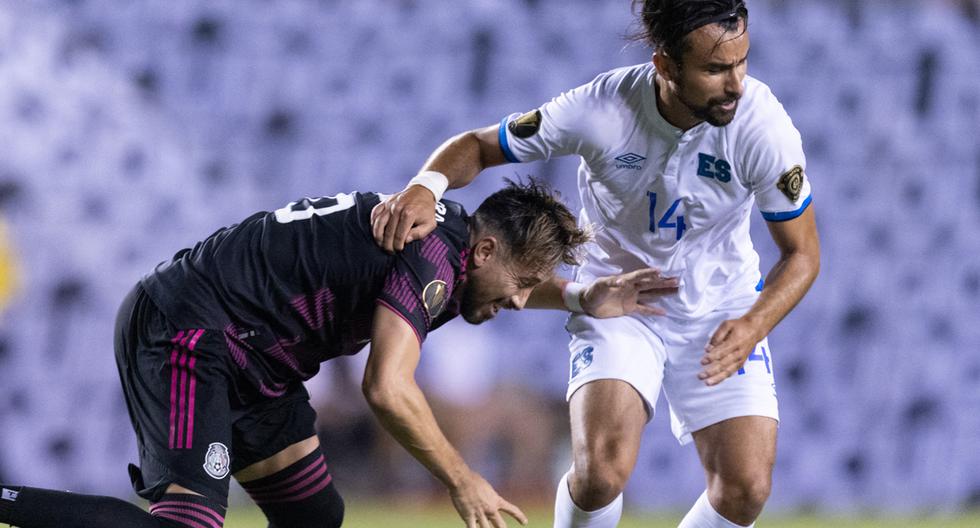 Mexico advanced to the 2021 Gold Cup quarterfinals as the leader of Group A this Sunday by beating El Salvador 1-0 in a match on the third day of the series played at the Cotton Bowl stadium in Dallas.

Luis Rodríguez, at minute 26, scored the goal for the victory of the Mexican team that finished as group leader with seven points. El Salvador, also classified, finished second with six points. The other two teams in the group, Trinidad and Tobago with two units and Guatemala with one point, were eliminated.

Thinking of victory to fight for the series lead in the Gold Cup, Mexico will collide with El Salvador in Texas. Follow minute by minute statistics, incidents, goals, interviews and results of the game that will be played at the Cotton Bowl Stadium.

After drawing goalless with the humble Trinidad and Tobago, the Mexicans regained their strength and thrashed in their second outing to Guatemala; they add 4 points, two less than the Salvadorans, winners of Guatemala and Trinidad by a similar margin of 2-0.

With the utmost effort! 👊🏻
This is how we prepare to face 🇸🇻 on Sunday. ⚽️ 🇲🇽#PassionandPride | #FMFforNuestroFootball pic.twitter.com/PFcGryDjMh

Defending champions, the Mexicans are favorites to prevail, the only result that would guarantee them to finish in first place; To achieve this, they will have to take their rivals seriously, who arrive inspired with four goals in favor and none against and secured a ticket to the quarter-finals.

Martino hopes to maintain order behind and from there to dominate in the middle court so that the naturalized Argentine Rogelio Funes Mori and Jesús Corona receive balls and can convert.

The Salvadorans of coach Hugo Pérez will try to score first and then manage the game.

With an offensive line headed by Jairo Enríquez and Joaquín Rivas, the Salvadorans will try to play without complexes against the favorite. They have nothing to lose because they are already classified to the second round and that will allow them to take risks.

Although he suffered the loss due to the injury of striker Hirving Lozano, one of the leaders of his offense, Mexico was forceful against Guatemala; He thrashed 3-0 and this Sunday he will go out to confirm it against a rival, who although he has been the best of the group, will have to prove it against a superior opponent.

In the other group match, at the same time, Trinidad and Tobago will face Guatemala.