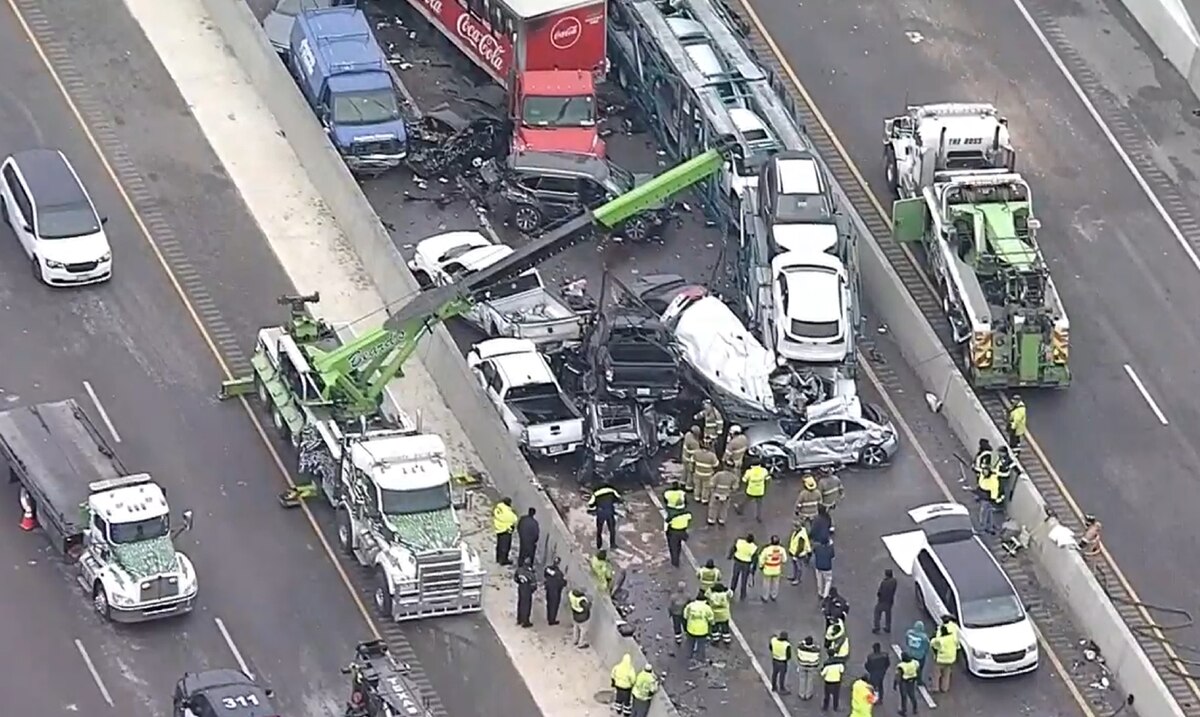 Fort Worth, Texas – At least five people were killed today, Thursday, in a multi-vehicle accident involving 75 to 100 cars and trucks traveling on Interstate 35 near Forth Worth and whose surface, at the time, was covered by ice.

A winter storm deposited rain and snow that quickly froze on the surface and caused a low-traction situation on the taxiway. The bad conditions meant that the vehicles could not stop in time and caused a large number of crashes.

At the moment, the authorities, who continue to help drivers at the scene, have not specified the number of people who were injured.

Meanwhile, police and medical services personnel also attend a multi-vehicle accident in Austin, Texas, where at least 25 vehicles also crashed due to bad weather conditions. Authorities reported that one person was injured.

A pickup truck was crushed between two trucks in one of the collisions that occurred on a two-way lane inside the express and separated by reinforced concrete fences.

The National Weather Service (SNM) issued severe snow storm advisories for states from Arkansas to Kentucky. The agency also forecast the arrival of another storm that could bring heavy snow to the Mid-Atlantic states.

More than 125,000 residences and businesses were without power, primarily in Kentucky and West Virginia. Indeed, Kentucky officials urged the population to stay in their homes due to weather conditions.

Firefighters and medical assistance vehicles arrive at the place where several crashes were registered.