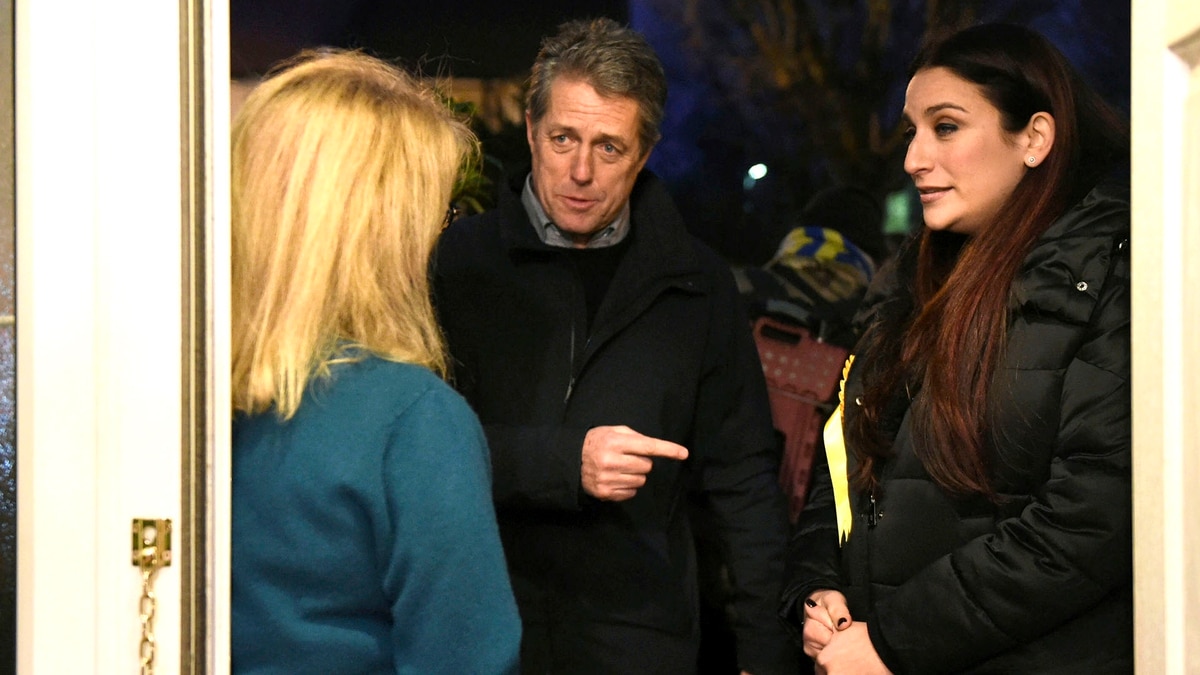 Hugh Grant, who was prime minister in the Christmas film Love Actually, has long since become a champion of the campaign against Brexit in the United Kingdom. To do this, he uses his voice as a public person to get his message further.

Twitter has become his best tool for this and, now that the elections are approaching, he has decided to intensify his activism against Boris Johnson and his anti-European policies.

Grant took to the streets to campaign for the Liberal Democratic Party and against the conservative government, ahead of the general elections on December 12.

The protagonist of Four Weddings and a funeral accompanied the candidate Chuka Umunna, who last February resigned from his Labor seat and after a short time as an independent, finally joined the Liberal Democrats.

In statements to the press, Grant urged voters to vote for the candidate with greater chances of unseating conservatives, to save the country.

"I think we are facing a national emergency, because what has remained of the Conservative Party, after those who were responsible, decent or sane, were expelled, is something I do not want to see in the government of a country I love," he said. actor, who went from door to door asking for the vote for his political strength.

According to reports, Grant said that he had even considered the possibility of running for parliament, but eventually gave up.

"I have never been involved in an election campaign in my 59 years, but we are facing – I don't want to seem dramatic – a national emergency," Grant said in statements to the media.

The actor has positioned himself against Brexit and believes that a conservative majority will end up taking them out "of the European Union (EU) and in an almost chaotic way."

The fact of playing the bell of the London houses has not been a novelty for the actor. “I used to sell door to door fire extinguishers. It was very good. It also sold hanger covers. They were great. I could do that again, ”he said with a laugh.

Asked if he is seen as a politician, Grant is clear that he is not the best person to follow orders: “I wanted to help in these elections and that was the idea that went through my mind. But I thought I would have to fight to follow the political line of the party. I think I'm too old and too proud to obey. ”

In addition, he said that "one year is not enough to reach a new agreement with the EU" and predicted that the last months of 2020 will be a disaster for the country. "I want to contribute my grain of sand to try to prevent this catastrophe," he explained.

The participation of artists and intellectuals in the electoral campaign is already common in the United Kingdom.

Writer Emma Kennedy, actor Eddie Marsan (Mission Impossible 3, Sherlock Holmes) and actress Rachel Riley, among other personalities from the entertainment world who have supported the liberals.