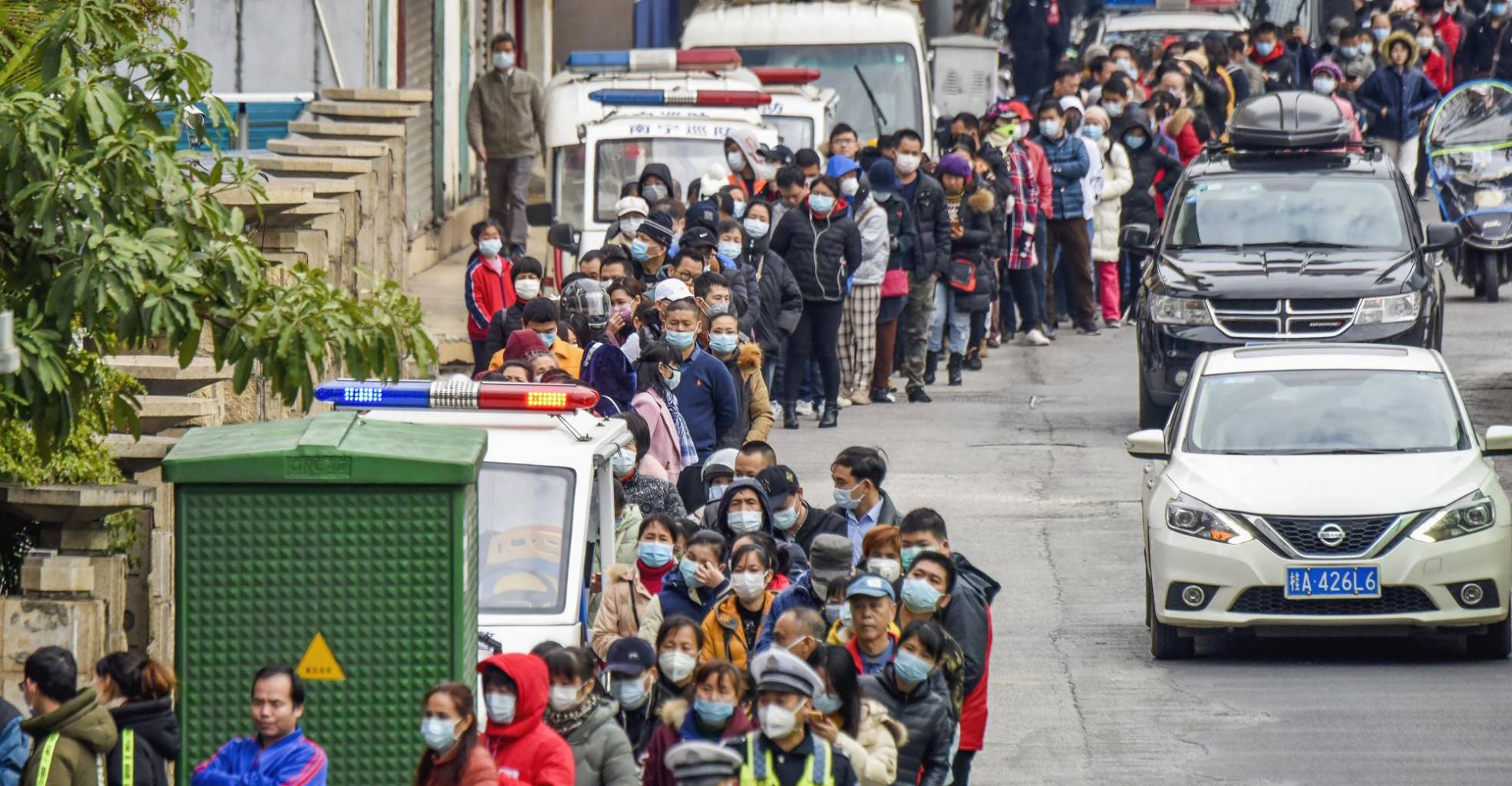 The health authorities of the world expressed a "great concern" this Wednesday about the fact that a dangerous new virus is beginning to spread among people outside of China, something disturbing while that country and the world community work frantically to contain the outbreak.

For the second day, the number of infections increased dramatically.

The new coronavirus has infected more people in China than they got sick during the outbreak of severe acute respiratory syndrome (SARS) in 2002 and 2003. On Wednesday, the number of confirmed cases increased to 5,974, exceeding the 5s327 people who were diagnosed with SARS.

The death toll, which remained at 132 on Wednesday, remains less than half of those who died in China from SARS. The scientists said there are many questions to answer about the new virus, including how easy it spreads and how severe it is.

Dr. Michael Ryan, director of emergencies at the World Health Organization, told reporters on Wednesday that China was taking "extraordinary measures in the face of the huge challenge" that the outbreak entails.

Ryan spoke during a press conference after returning from a trip to Beijing to meet with Chinese President Xi Jinping and other senior government officials. He said the epidemic continues to be concentrated in the city of Wuhan and Hubei Province, but that "information is being updated and changes every hour."

Ryan said that the few cases of a person-to-person spread of the virus outside of Chinese territory – in Japan, Germany, Canada and Vietnam – were of "great concern," and are part of the reason why the director general of the agency of UN health reconvened a committee of experts on Thursday, when they will assess whether they should declare the outbreak a global emergency.

So far, about 99% of the almost 6,000 cases have been registered in China. Ryan estimated that the mortality rate of the new virus is 2%, but noted that the figure was too preliminary.

With the numbers of cases and deaths fluctuating, scientists have only been able to produce an approximate estimate of the death rate and it is likely that many milder cases of the virus have gone unnoticed.

In comparison, the SARS virus caused the death of approximately 10% of the people who became infected.

The new virus comes from the coronavirus family, which includes those that cause the common cold to those that cause more serious illnesses such as SARS and the Middle East respiratory syndrome (MERS).

Spain Breaks Its Record Of European Patent Applications, With 6% More

Fernández And Conte Discuss The Coronavirus And The Argentine Debt