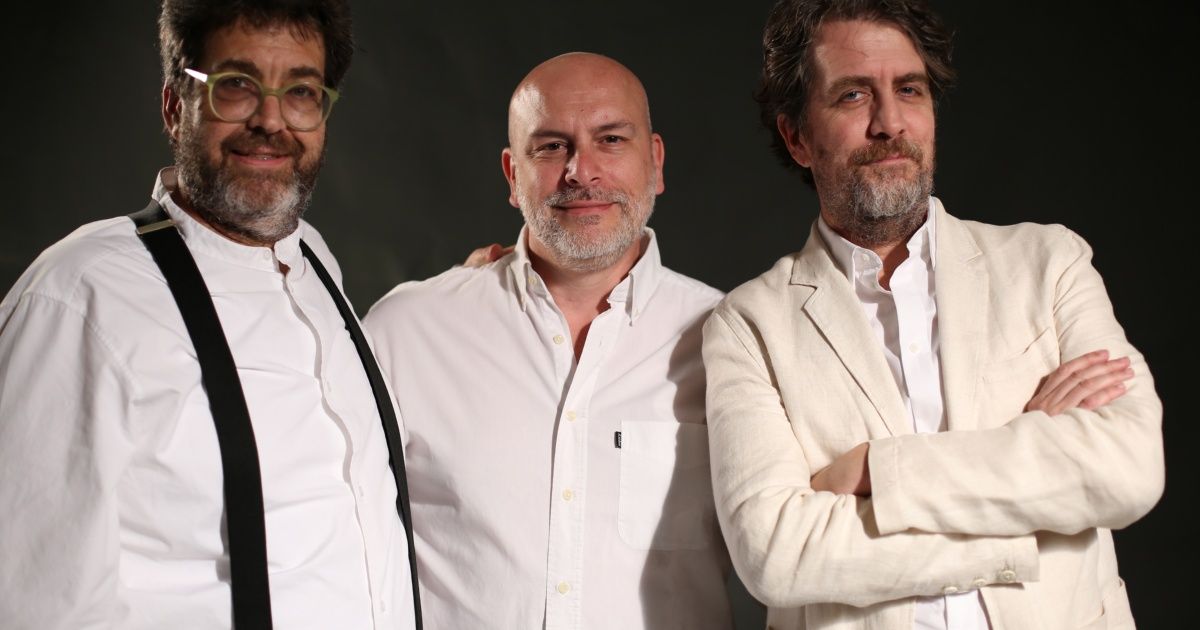 From all aspects of political militancy there are steps that are traced with books. That journey includes a record harvest of high-grade peaks for the recent history of our country from 2015 to date. Between economic readings, second semesters and "PBI stolen in the gardens of the Nation" voices and feathers emerge, far from the exercise of a classic Creole regarding the "do not get". Willing to exchange ideas are Maximiliano (@elbosnio) and Sebastián Fernández (@rinconet) together with Sergio Marino (@nagusinfo) who signed the "Passive Militant Manual in Defense of Politics". There they detail the basic principles of universal predecessors who throughout the ages left messages in bottles that crossed rivers, streams, seas and oceans, adding a subjectivity never disguised for the taking of position and inspiring to search without energy saving critical thinking and No shame to debate – respectful – some.

Sebastián Fernández told BAE Negocios that the work was conceived as a "manual for the passive militant", read: "that person who, without being part of an organization, defends a certain political ideology in everyday situations such as a family dinner or a casual talk in the office in front of the water dispenser, the book takes up the best tradition of popular political literature. The plot also has its reflection in journalistic chronicles. Once and not so long ago, the newspaper La Nación dedicated an article about families, friends and other social centers that saw their structures collapse or disrupt in the crack that for some unofficial bohemian historians, covers a time before the English invasions.

History is the other

Although the paragraphs infer a dynamic revisionism, without falling into the sin of boredom, the contemporary being nourishes the political folklore that demands boldness to establish discussions before interlocutors who proclaim the "fairplay", "the republic" and other values of high rank they do not doubt in concreting-arrived the case- a victory "to the Pirro". There, it goes from his, where the eventual adversary becomes "enemy" with endings or outcomes that need not be explained or abounded in metaphors of diverse tone.

The Argentine virulence in discussions about power, the exercise of this, or in terms of structural evils where wealth is not included -exprofeso-, is not a full national industry, it is appropriate to accept. Not in politics but in a sport like tennis, once rich in traditions, protocol and good manners, Jimmy Connors expressed in the splendor of the 70s, occasion even of historical duels with Guillermo Vilas, that "to beat your rival you have to hate him. " Little more to add, considering that Connors, a tennis hero made in the USA for years for generations of athletes and enhanced much more in public opinion than in any hall of fame, was the motivation of other prominent players in the United States who made the first tennis bats taking "Jimbo" as a reference to imitate, including his advice to feel toxic in relation to the adversary.

If social hatred is concerned and with respect to the manual that the three authors developed, Sebastián Fernández recommends some points of reference – not so distant – to appear in the work. "From the reason for the hatred that aroused and aroused 678, to a racconto of achievements of Kirchnerism, to recite without repeating and without blowing a list of easy answers to" anti K "questions. Hence, then this collective book called" Mesa de Selfayuda K "(MAK), edited by Editorial Authorship, is not only an instruction that provides discussion tools to the populist sympathizer, but a successful attempt to disarm common places of public discourse and generate questions about what they contribute and what they remove to democratic life. "

"Is virtue an asset in politics or is it a way to disqualify the system of government that is ultimately exercised by humans and not by heroes?" invite authors to consider Question to which others add to direct thinking: Who claims a moral sphere to politics does not end up encouraging the friend-enemy confrontation, which has no other way out than the extermination of one of the positions, given that moral principles are not negotiated or remember? ", they enhance not without a nod with humor to the compatriots they describe as" crystal souls. "

Even looking sideways at certain journalistic debate programs with varying ratings but supreme power of impact induced in circles of the red range also infer that: "Do the official intentions of an official have any political value or are they just excuses that distance us from judge them by the facts and their results? " Over there then, as the Fernández brothers point out without an accusing finger, a "disarticulation of the discourse of common sense, which this sister handbook with the sharp irony of Arturo Jauretche and the clear militant need of John William Cooke's prose, is uncensored for. This is what Edgardo Mocca refers to in one of the prologues that accompanies the edition, when he states that: His secret is in the ability to generate distrust of the locks, kind and innocent arguments that seem irrefutable … ", has been the sentence of Mocca

It was Shakespeare who in "Sweet Silent Thought" left some unforgettable verses, namely: "Herodotus offers me a rich cilla of eternal knowledge and riddles; of venal Pythia, neat tales, enhancement of the eternal wonder of our fate." With symmetries that go through history, the authors address the reference of recent years – in the 21st century – that offer "rich cilla, like any political manifesto, let's say this manual does not escape its time and circumstances." It goes without saying that the reminder at the dawn of resolution 125 that confronted the government of Cristina Fernández de Kirchner with the agricultural sector is not lacking.

“The Girl We Like” (@rinconet dixit) and Alberto Fernández

It was the foundation stone where "a group of friends interested in politics began to meet once a month in a club in the neighborhood of Palermo. Thus was born the Mesa de Autoyuda K, a kind of refuge for finding assistance and support for supporters that did not militate organically, in the midst of the rejection of Kirchnerism. The preaching and not the fame of social networks, has turned the authors into referents with respect to figures of today Front of All and even, valued from the different "Coreas" of Argentine public opinion for those who would not even want to coincide in the same time zone with adherents "k".

Time passed, the 2019 primaries and the last elections of October 27, Maximiliano and Sebastián Fernández together with Sergio Marino- decided to sign the edition with their war names on Twitter – @ elBosnio, @rinconet and @ nagusinfo- making clear another vintage sign: the emergence of social networks as new arenas where public debate unfolds.

This manual then published by Editorial Autoria, of 185 pages, with prologues by Amado Boudou and Edgardo Mooca becomes a must read at this time where the end of the end of the story opens new horizons around the celebration of the collective and, as indicated Boudou in his complimentary prologue "invites us to open the senses, hearts and ingenuity to expand the field of dispute without fear and elegance."