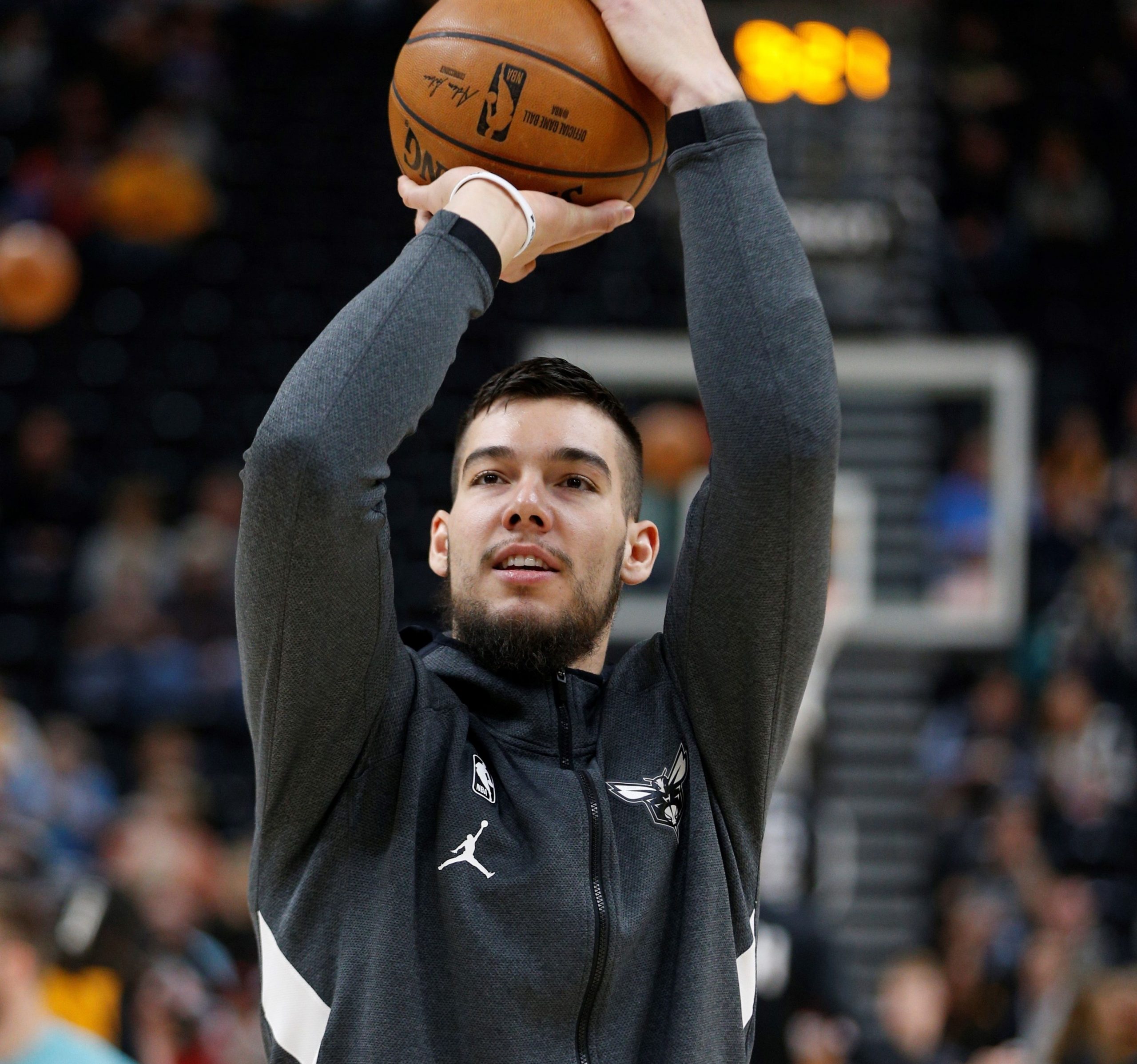 Houston (USA), Feb 5 (EFE) .- The Spanish pivot Willy Hernangómez plays his fourth season as a professional in the NBA, the second and a half with the Charlotte Hornets, and is aware that he is still in a process learning that must be assimilated to grow and become a better player. Having more minutes in recent games has given more confidence to the 25-year-old Madrid player, who is convinced that in the end he can be a team player who can contribute great things. In fact, receiving more minutes from Hornets coach James Borrego, in recent games, has given him more motivation and feels better as he acknowledged in an interview with the EFE Agency. “The truth is that a little happier for those minutes, “Willy admitted. “In the end we are here to play basketball and of course I have the thorn that I want to win games, but it is a process of learning, of working and in the end we are doing a good job as a team and the triumphs will come,” said the former player of the Real Madrid. As for whether he feels recognized by the class he has as a player, Willy points out that he is not looking for individual show-off but as a team and hence he loves to be on the track to help. “In the end I am a team player. love being on the track, something that has not happened so far this season, but we know that reality changes from one day to another and we must take advantage of it, “said the elder of the Hernangómez brothers. But the most important thing for Willy is that with every opportunity he has, he enjoys teammates to the fullest, training and being there. “Since you never know what can happen in the NBA because every day is something new, then it’s about taking advantage and above all helping my team towin matches, “he stressed. “We are a very young team and hence we are in full evolution and therefore you can lose games that when you have experience and maturity are sure to be victories.” Willy reiterates that you can not lose the perspective that everything is a learning process in which the team is and as such we must assume it. “Because every day we are being better players, learning throughout the process,” said the Spanish international, who still did not know anything official about the possible transfer of his brother Juancho of the Denver Nuggets to the M innesota Timberwolves “The same situation I am in, taking advantage of every opportunity he has and especially enjoying our dream of playing in the NBA,” said the oldest of the Hernangómez brothers. “As I said you never know where you can be in the best league in the world, the important thing to enjoy every day.” As if he could also enter into some kind of change before tomorrow, Thursday, the official deadline is closed for the NBA teams, Willy said he was “calm” .. “I don’t know, you should ask the boss, as I tell you, I have already had the experience of being transferred mid-season and they are things that you can control and my head on what I am focused on is to contribute every day the best in the training in the matches and in the end I have always said it, I feel very comfortable in Charlotte, “said Willy. What is very clear is that if they change it to some other team, they will be ready to adapt and compete. “But if they change me somewhere I will have to adapt and continue playing because in the end I am here to play basketball. Having Michael Jordan as the owner of the team is something that has always been an important element of motivation and satisfaction for the Spanish international player. “He comes to see us in training, some text message that we exchange, but always encouraging, supporting, a person very close to the team, and as always very grateful because for me it has always been a pride that your boss is Michael Jordan and seeing him sitting with us the truth is something that impresses and a pleasure to receive and assimilate all the advice he gives and teaches us every week when he arrives at training, “Willy said. He also said he felt very sad for the tragedy of the death of Kobe Bryant, and that it has not been easy to play basketball. “Difficult, very difficult. It has been a very complicated week to play basketball, a horrible tragedy not only for basketball but for the whole world, for the successes that he reaped not only sports but as a person and the whole world has joined before such a terrible loss “, Willy said, “I’m going to miss him and all we can do is keep playing to give everything on the track and enjoy himself as he always did for such a unique sport.” From the Olympic Games, Willy said he would be prepared to when the time comes, but first you will have to define your future in Charlotte and the rest of the Party of the Stars would be dedicated to continue working to the fullest. (c) EFE Agency