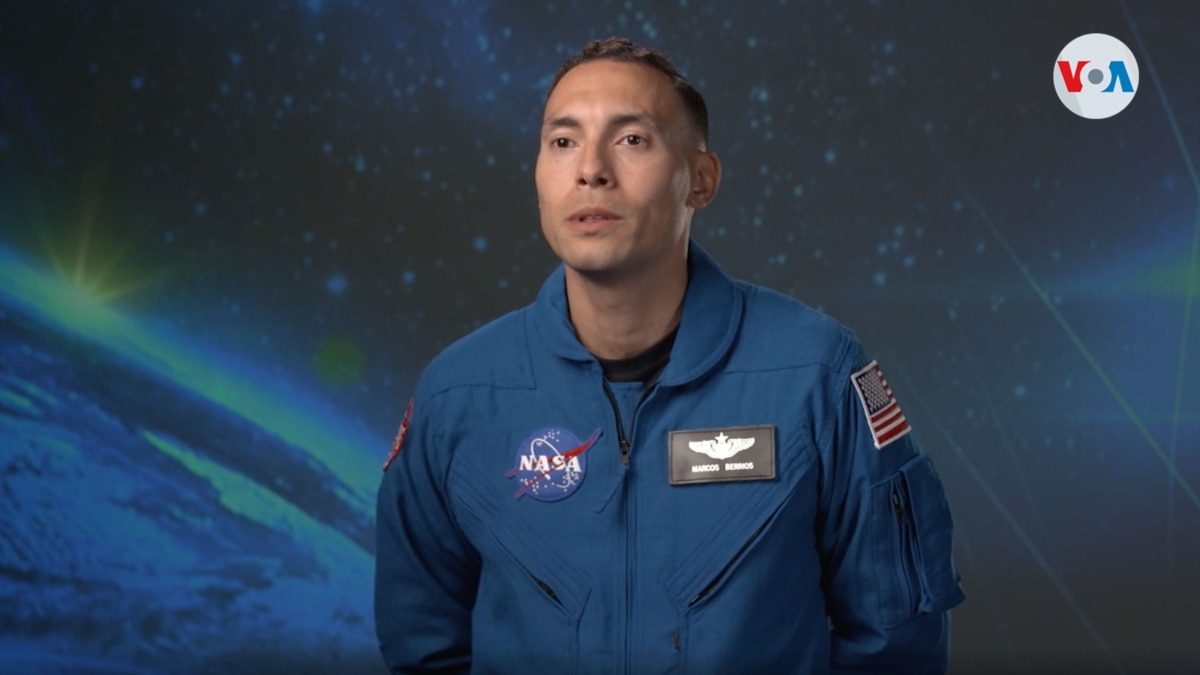 MIAMI, USA – When Marcos Berríos was studying at the Guaynabo school in Puerto Rico, he already dreamed of being an astronaut. “I was inspired to see the photos of the stars and planets. I wanted to travel to those places because I thought that was what astronauts did, travel through the universe, “explained the 37-year-old engineer during an interview with the . He has now been selected by the United States National Aeronautics and Space Administration (NASA) to be one of the space agency’s astronaut candidates. He, however, is the only Latino chosen among 12,000 applicants. “I feel very excited, although I have to admit that these days have been very difficult because we have had to keep a secret”, confessed Berríos “a little nervous and anxious, but delighted to have the opportunity.” He does not know exactly what the NASA selection committee saw in him to be part of this list, among which there are “doctors, scientists or world athletes.” “I have been asked that question several times and I don’t know how to answer it. When I know I’ll let you know, “he said smiling. Still, he knows that he has already become a role model for many Hispanics by reaching NASA and, perhaps, being able to travel to space one day. “I’m super proud of that,” he says. In his student days, Berríos always “spent time searching the internet for Puerto Rican or Hispanic scientists” and “read the stories of those who had achieved what they wanted to do in science, mathematics and NASA.” “That inspired me a lot, and if I can do that for today’s young people, then I would be delighted,” he says, satisfied. He has a degree in mechanical engineering from the prestigious Massachusetts Institute of Technology (MIT), a master’s degree in mechanical engineering and a doctorate in aeronautics and astronautics from Stanford University, and is a graduate of the United States Naval Test Pilot School. in Patuxent River, Maryland. It has also accumulated more than 110 combat missions and 1,300 hours of flight time on board with 21 different types of aircraft. Now that he is about to embark on one of the most ambitious projects for any aerospace engineer, the young man remembers that “being an astronaut is not something you can do just by going to college.” “Following my love of science, engineering and aviation, I was able to be here today,” he says. Both his mother, who was his math teacher in high school, and the rest of his family have also been key to training as a professional from the base and reaching this milestone. “They knew that if you want to get to where we are today, studies is the first step to get there, they (my family) knew what they had to do,” he recalls. He admits that when he was studying at the school in Puerto Rico, mathematics was the subject he was most passionate about, although he had serious problems with English. “It was difficult for me to communicate effectively in English in written form, that is, writing essays or technical papers,” he says. Despite this, he says, convinced that leaving his comfort zone, striving and overcoming language barriers is the only way out to be able to prosper. “Simply with practice and putting yourself in situations that are not so comfortable is the only way to improve,” he adds. He dreams of being able to be part of the mission to send human beings to the Moon again. “I’ve had a career in engineering for several years, but also as a pilot in the National Guard, and I want to contribute to the development of new vehicles and that is what motivates me now to work at NASA,” he tells VOA. The mobility aspect is one of the things that fascinates him the most. Also, the trips that are being prepared to send tourists into space. “There is feasibility, we are seeing it every day with the new technologies that are being developed. Today we cannot predict how things are going to move in five or ten years, but I think they are going to be very good ”, he predicts. It has a long way to go. He knows his name may end up in science books, but he prefers not to think about it too much. “Would you like to make history at NASA?” We asked him. “What I would like to do is spend the next two years training and help the team get to the moon again,” he concludes. Connect with the ! Subscribe to our YouTube channel and activate notifications, or follow us on social networks: Facebook, Twitter