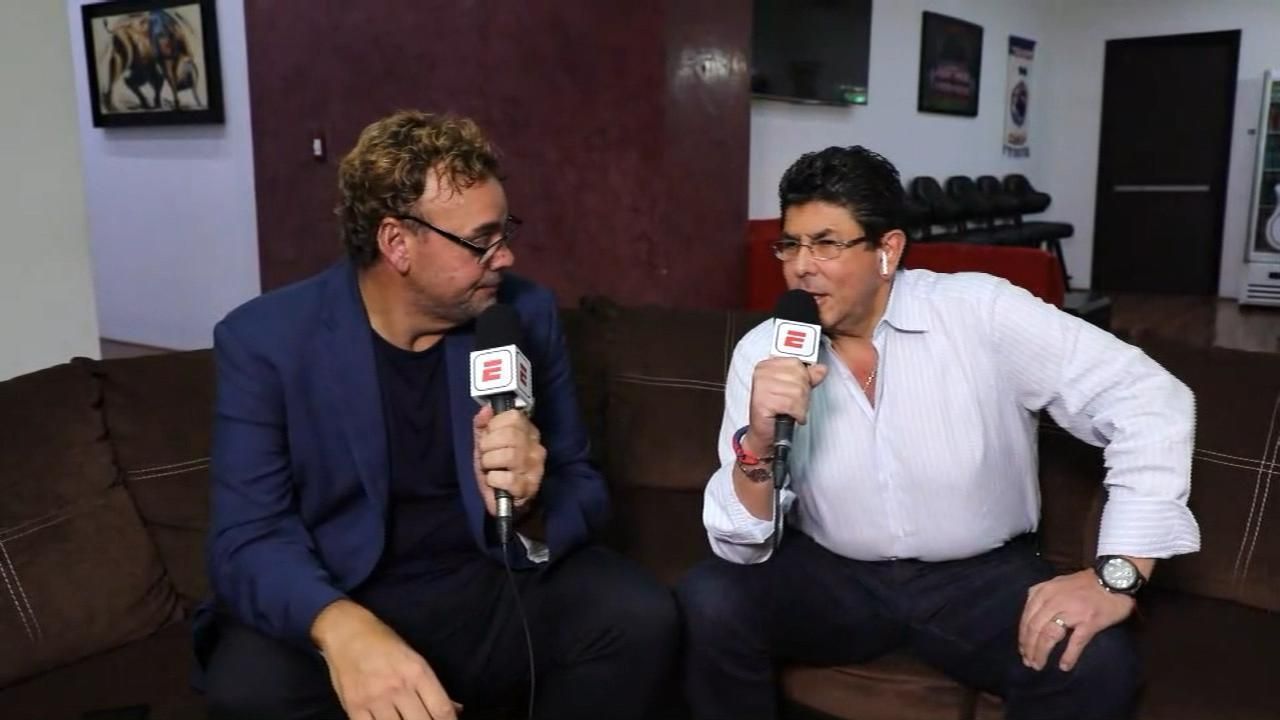 VERACRUZ – Fidel Kuri was emphatic in Futbol Picante, arguing that his players made the "ridiculous" by standing still in the first four minutes of his game against Tigres, protesting the debts of his directive to them.

The owner of Veracruz described as “embarrassing” the attitude assumed by the team: “The players wanted to send a message and for me it was not the message. It was already talked about, however, they are in all their right. We are the mockery at the national level, it was an unsportsmanlike issue. The players shouldn't have introduced themselves, they shouldn't have come to make a fool of themselves, they didn't have the courage. I have always said that it is easier for the family to support. ”

Kuri Grajales said: "Definitely, for me it was better that they had not presented themselves and once the movie is over … The opposing team came to do their job and the ridiculous did the Veracruz players."

He said that the issue of the relatives does not have a year, “this is already many years old; I can talk about 14 years ago, which are what the Mexican Soccer Federation and the League have allowed. It is not Fidel Kuri or the current Veracruz, it is the Veracruz of 14 years ago, where they left debts. A server has to pay for the broken dishes, but I'm more concerned with the fans, who are watching a football they don't deserve. ”

He said he did not know what his players were planning to do in the game and emphasized that “there was a payment commitment; the federation that ‘kindly’ contributes 18 million pesos to clear the debts of Veracruz when, well, at least it is something. I paid their debts for 8 million dollars, at least they give something. ”

He said: “You can say what you want, at this moment what worries me the most is the ridiculousness and disrespect they gave to the Veracruz fans. It's unforgivable, really. ”

Kuri said he did not know if his players agreed with Tigres to stop in the first minutes: “I saw on television that Reyna commented, I saw discussions on the court; I would be a liar if I said something. I'm going to investigate it. ”

He also said that “I feel a lot of sadness, a lot of helplessness, but I have to have serenity to accept the things that I can't change. I am responsible for debts, but I have never hidden, I always face. We are going through an economic downturn that the federation itself and the League did to me, because I had to pay debts that were not mine. I paid 8 million that did not correspond to me, from administrations of Herrerías and Mohamed Morales, individuals who did not pay ”.

"First I have to see my reaction well, I have to cool a little to make a decision" #KuriEnPicante on penalties to players

WILL DECIDE IF THERE WILL BE SANCTIONS "WITH COLD HEAD"

On the other hand, about whether there would be sanctions for his players, he said that “first you have to see things well to be able to make a decision with a clear, cold mind, now I am a little warm. A reaction comes to every action. A server does not owe them six months, not a year; There is an agreement with them, they are due August and September. It will be six months or a year. The women are owed September nothing more, just like 20 and 17 ”.

He said that in the present tournament there were no debts, that “all the controversies that are entering right now are those that have already left. With the current players there was a payment agreement, which was going to be paid from August, September, October, November and December, and I was really late. Both in August and September there is agreement, but you have to pay what you owe nothing else. ”

He reiterated that “I will make decisions with a cool head, but not at the end of the tournament, but in the short term. I do not want to commit more injustices than I have committed in salaries. Nobody likes to be owed money. The situation is not right for anyone, I am an entrepreneur who is exposing his assets in sports because I am a passionate person, but the truth is in "Chinese" that one pays debts that were not one. "

"LEOBARDO DID NOT RECEIVE THE MESSAGE"

On the other hand, he contradicted in some way what he said in the beginning that nothing he knew about what the squad would do: "I spoke with Leobardo yesterday, I said: 'Don't be wrong.' He said: "I know him, but the other players don't know him." I said: ‘Look, we have to solve this in the best way, they will not be supported, the human being goes to his convenience”.

“If you don't have a group that answers you, you're going to walk alone. Just as Fidel Kuri has fought at the moment, I told this Leobardo López yesterday and I think he didn't get the message. He misses me, he is a mature person; I didn't tell a 20 year old boy. ”

"I'm going to talk to the players, I'm going to put the points on the‘ ies. " It is good that there are debts, but there are other countries that when there are debts you work twice as much. They taught me how to work, I will move on; It is not the first time I stumble. I'm not going to bend, I'm dying in the line. ”

"It was very uncertain everything, the meetings they had with Álvaro Ortíz were in private"

Fidel Kuri was direct in stating that “I will not allow this to fall; No matter there are debts, there must be delivery. We all go through potholes, especially when one is thrown over. ”

The manager was surprised that his players did actions he called "wrong", when they realized that everything is being thrown at him.

"At this moment I am not the Fidel Kuri that I am, my twenties are falling, but hey, I will go forward to the top."