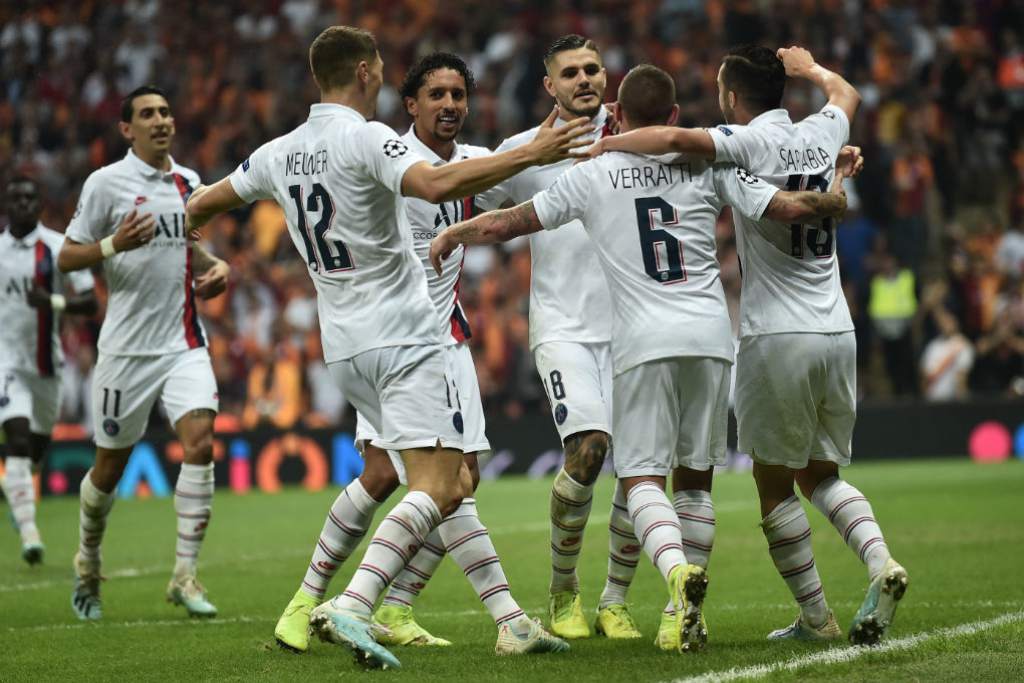 FINAL RESULTS IN THE CHAMPIONS:

MINUTE 90: End of the game in England, Bayern Munich beat Tottenham 7-2 on the second day of the group stage.

MINUTE 88: GOOOOOOOOOOOOOL of Juventus, Cristiano Ronaldo makes 3-0 against Leverkusen with a tremendous right-footed shot. The ball went through the goalkeeper's legs.

MINUTE 88: GOOOOOOOOOOOOOOOL Bayern, again Gnabry who already has his goal poker. 2-7 the score.

MINUTE 87: GOOOOOOOOOOOOOL of Bayern, Lewandowski makes the sixth goal of the match against Tottenham, the second in his personal account.

MINUTE 83: GOOOOOOOOOOOOOOOOL of Bayern Munich, Gnabry does it again against Tottenham. Triplet for him and 2-5 the score.

MINUTE 80: Last 10 minutes of the match in Turin and also in Turkey.

MINUTE 61: GOOOOOOOOOOOOOOOL Juventus, Bernardeschi made it 2-0 against Leverkusen with a left-footed shot near the penalty spot.

MINUTE 58: GOOOOOOOOOOOOOL of Atletico, Thomas increases the advantage of the Simeone team in Moscow.

MINUTE 52: GOOOOOOOOOOOOOL of PSG, Icardi opens the scoring against Galatasaray. 1-0 win the French.

MINUTE 45: The complement part of the Champions League games is already played.

MINUTE 45: The first half ends in Turin. 1-0 wins Juventus at Leverkusen. The PSG is drawing goalless against Galatasaray and City has not been able so far with Dinamo Zagreb.

MINUTE 45: GOOOOOOOOOOOOOOOOOOL of Bayern Munich, Lewandowski made 1-2 against Tottenham. Great comeback of the Germans.

MINUTE 15: GOOOOOOOOOOOOL of Bayern, Kimmich makes 1-1 against Tottenham with a tremendous right-footed shot.

MINUTE 11: GOOOOOOOOOOOOOL of Tottenham, Son is 1-0 against Bayern Munich with a great cross shot.

MINUTE 10: The tie is maintained in all matches. In Turin, Juventus seeks to open the scoring.

THIS WAS THE MINUTE MINUTE OF REAL MADRID VS BRUJAS

MINUTE 90 + 4: End of the match, Real Madrid drew 2-2 against Club Brujas at Santiago Bernabéu. The team half avoided the disaster.

They will play four more minutes at the Bernabéu.

MINUTE 88: Varane heads up, but left the goal after Kroos's corner kick.

MINUTE 85: GOOOOOOOOOOOOOOOOOL of Real Madrid, Casemiro made the 2-2 with a great header. Kroos center in a free kick.

MINUTE 45: Kroos shot aside. The German has not been precise.

MINUTE 38: GOOOOOOOOOOOOOOOL Club Bruges, in a hand in hand with Courtois, Dennis makes the 2-0 at the Bernabéu. Double of the Nigerian.

MINUTE 35: Great play by Benzema on the left and sends a precise pass to Kroos who finished badly with his left leg. It was for the tie.

MINUTE 27: Brujas is saved, Varane's head shot and goalkeeper Mignolet saves his team with a tremendous save. 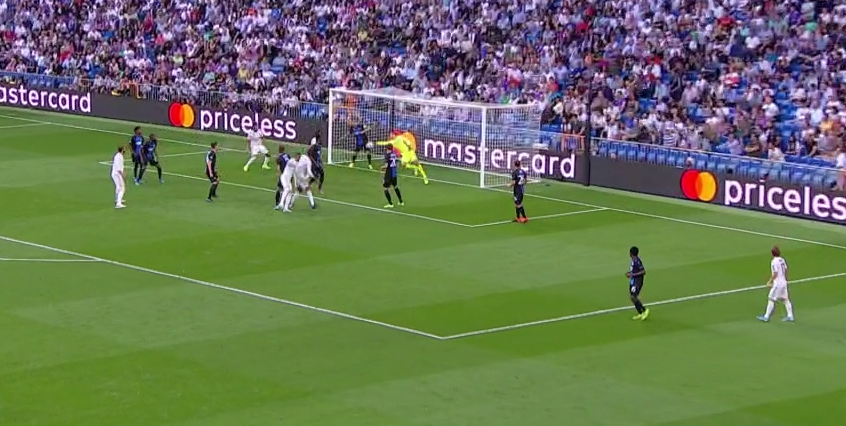 MINUTE 23: Shot of volley Kroos that passes near the goal of the Bruges. He was deflected by a corner kick defender.

MINUTE 20: Modric auction that goes to the side of the pottery. Seeks to react Real Madrid.

MINUTE 18: The Bruges is giving the surprise so far in Spain. Without fear they are playing against Madrid.

MINUTE 8: GOOOOOOOOOOOOOL of Bruges, with the help of the VAR, Dennis scores and put themselves up on the scoreboard against Real Madrid. 1-0 the score.

MINUTE 4: UFFF … First clear of Real Madrid. Benzema connects a corner kick, but went to the side. I was alone.

MINUTE 1: The match starts at Santiago Bernabéu, Real Madrid is measured against Bruges for the second day of the Champions group stage.

10:45 AM- Ready in the Bernabéu. The players are already on the court.

10:12 AM – Real Madrid and Bruges players are already warming up on the Bernabéu lawn.

10:02 AM – In another of today's matches that starts at 10:55 am, Atalanta plays in San Siro against Shakhtar Donetsk.

9:45 AM – This is how Bruges goes against Real Madrid: Mignolet in the goal, Ricca, Deli, Mechele, Mata in defense, Vormer, Rits, Vanaken in the middle; Tau, Dennis and Diatta pointed.

9:40 AM – Zidane confirms his 11 headline to be measured against the Bruges at the Bernabéu. Courtois in the goal, Sergio Ramos, Varane, Nacho and Carvajal in the defense, Modric, Casemiro and Tony Kroos in the midfield and Benzema, Eden Hazard and Lucas Vázquez at the point of attack.

9:40 AM – Welcome to the minute by minute of the day of Tuesday in the Champions League. Real Madrid vs Bruges and Atalanta vs Shakhtar Donetsk start the activity at 10:55 am.