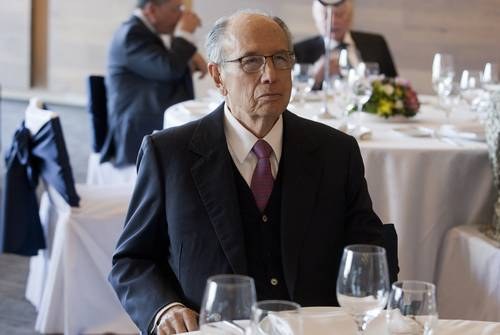 We live in a period where the force of reality disrupts beliefs rooted in our minds and behaviors. We were told and we accept that inflation contained the fundamental evil of world order, national economies and income distribution. With this idea in mind, we created an independent central bank exclusively responsible for addressing the problems stated, although it relegated other aspirations of the population and the government. Today, such a creed weakens, the first world central banks, to which we copy, do not seek to deny all inflation, strive, unsuccessfully, to regenerate some reason to keep or correct interest rates down.

In fact, inflation fades perhaps not so much from the action of central banks, but from the integration of markets. The prices of external supplies defeat the costs or deficiencies of domestic producers. Likewise, the open competition in the employment of the large world labor force hit wage earners and unions until they became weak opponents of the universal concentration of income. For these and other causes, social costs remain to be paid: the world inherits generalized austerity policies and, in Mexico, the search for stable prices did not banish exchange rate crises, but it did bring down the historical growth of 5 percent or 6 per year to 2 per hundred, when there is luck.

We were advised and we accept that domestic production, far from being substituted for import substitution, as well as in our own industrial policy, should venture into foreign markets until consolidating the genuine comparative advantages of the country. We did so, without considering that our main comparative advantage was and is the cheap labor, a fact that encases us in the less promising links of international production chains while breaking our own and makes the export sector not pull the rest of the economy.

Much contributed the North American Free Trade Agreement by validating the complementarity of US technology with the cheapness of Mexican labor. But the resulting trade surpluses were dilapidated in the exchange with other countries or by signing left and right trade deficit agreements. In the same way, we put faith in the fact that foreign investment would take us out of balance by balancing our balance of payments. But unlike what happened in China, the transfer of capital served not so much to start new productions as to foreignize the best public and private national companies.

The explosion of the exchange that accompanied the opening of markets initially surpassed the rise of production, driving global growth. This momentum vanishes, as of 2008, when domestic demand remains the sole support of the countries' economies, calling into question the permanent validity of export strategies. Outward growth will continue to yield the privileged role it had in the past unless miraculously innovative, equitable agreements are reached in the international economy and unsustainable mismatches are closed.

We made our assurance that market competition is always good as a sister quality and efficiency with unbeatable prices. There are reasons to exalt that goal, except when more of the account is used to impoverish public finances or segregate human groups from economic well-being. Today it competes to multiply tax havens, to reduce the tax contribution of companies (from 49 to 24 percent, in the first world average) and to shorten, consequently, the rights and access to basic social services (education , health, retirement). Against all empirical evidence, tax competition is competed in the hope of attracting own or foreign investments, real or paper. In that understanding, the reduction of tariffs and tax progressivity are already noticeable in countries as salaries pay higher taxes than those of profits.

In more general terms, by embracing neoliberalism, we placed enormous confidence that market freedom would solve the crossroads of our development. It seemed acceptable to lose some or much of the sovereignty of nation-states. To this end, with high political cost, we dismantled protectionist and social strategies and even those of corporatism, institutions that little by little had been erected for egalitarian or development purposes, even if they recognized errors and exaggerations. The consequences are in sight, we managed to incorporate the country into global economic integration and reduce inflation somewhat to the cost of lowering the growth rate by two thirds and allowing huge distributional inequalities. Subsequent deficiencies in political representation still imprint and hinder our incipient democracy.

However, the strongest blow to the constellation of beliefs that nourished and nourished our development policy and the global process of market integration arises when the world's leading country, the United States, opts for a kind of protectionism to wipe away its enormous payment imbalances and their deindustrialization. The struggle with China, the refusal to participate in multinational trade arrangements, the renegotiation of the North American Free Trade Agreement, the deliberate weakening of the World Trade Organization are other manifestations of this phenomenon that disrupts basic certainties of the international economic order .

Not only within countries, ideas, strategies and institutions are candidates for remodeling, the same happens on a universal scale. An example suffices: NATO, an organization created by the West to contain the political, economic and military expansionism of the old Soviet Union, hardly maintains the rationality of its efforts in the new configuration of the hegemonic powers of the world.

However, the admission of the external order demolished the belief in the full sovereignty of nations and its logic was decisive in the direction of our economic policy: more stability, less growth. However, preserving the health of economies implies something else: scrupulously taking care of development, the human dimension of demand, not simply supplying them with populist or financial manipulations. There governments have to want or not a non-delegable responsibility. In our case, fiscal and public spending policy, that of salaries and, above all, that of investment, despite carelessness or abstentions, will continue to play an irreplaceable role in the protection of social harmony.

Then, the corrective task is enormous because the starting point starts with a huge population of poor (40 percent), with an informal sector that absorbs half of the workforce, with a cast that favors with 60 percent of the income to 10 percent of the rich population, with a stagnant industrial sector, with a downward growth rate, with one of the lowest tax burdens in the world and with an inhibited (public and private) investment, barely compensated with some efforts Recent distributives

At the same time the circumstances to balance externally are not encouraging. The exchange and universal development are compressed, as well as business investment, stock exchanges are well supported by low interest rates and the repurchase, even on credit, of the shares of the companies themselves; the debts of governments and now of private corporations grow dangerously while unemployment is almost exclusively reduced in strata of compressed wages. In the world, the recovery of employment with low wages and low investment implies a slowdown in productivity that, in turn, fuels repetitive cycles of insufficient demand and distributive struggles. As if that were not enough, economic health begins to depend equally on global action in climate care. In this aspect, there are limits to the affordable development that the Club of Rome once stated and that today narrows the permissible, clean style of that development.

The lesson to be learned is not that history played a trick on us; today, on the contrary, timidly clears horizons by accentuating voices and votes in favor of changing the status quo of the world. In Mexico, there is no turning back, no certainties in the already aging neo-liberal road. That forces us to try to build a future with less neo-colonial beliefs with our ingenuity and work put into designing our own policy that, at the same time, is more autonomous and egalitarian, even in the face of external constraints sometimes inescapable. We already did it once. However, the task is and will be leisurely, difficult, in the atmosphere of restlessness, of intense distributive polarization that still deprives the country. Will we undertake the task together, with obsessive persistence to achieve goals that combine progress and equality and allow us to correct inevitable mistakes? That is precisely the most relevant question to answer in our new Mexican time.