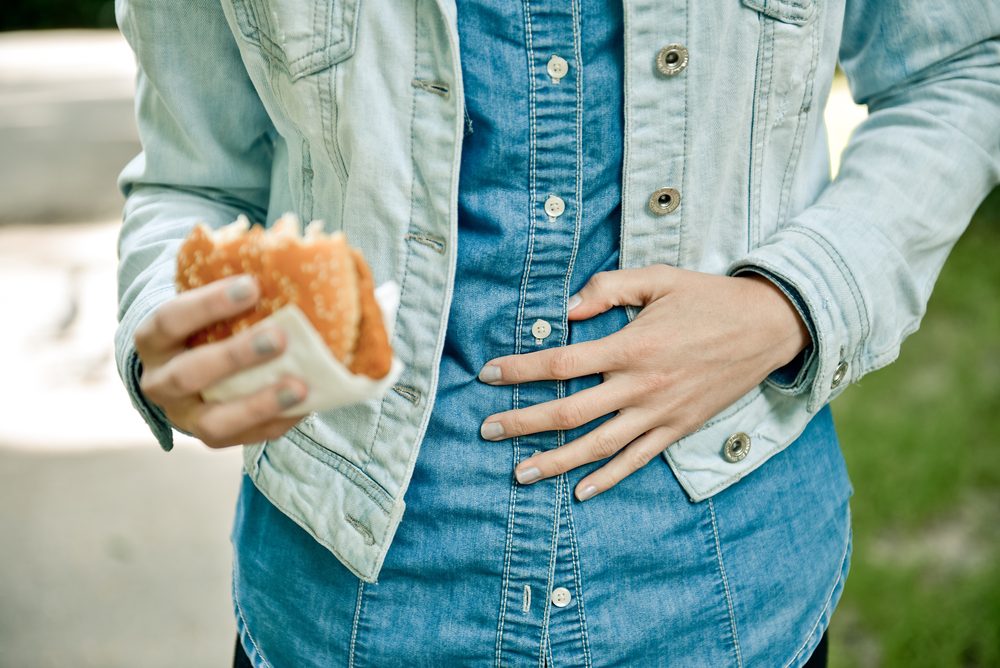 There are different symptoms that could give us the pattern of being celiac, but that is why we should not self-recite The important thing is to see a specialist doctor. (Free Press Photo: Services).

Celiac disease is characterized by inflammation of the mucosa of the small intestine that occurs after consuming gluten, a protein present in wheat, barley and rye and in products made with these cereals.

“It is an autoimmune disease. These types of pathologies occur because the immune system, the body's defenses against infections, attacks the healthy tissue by mistake ”, they indicate from the National Health Service of the United Kingdom.

“In celiac disease, the immune system confuses the substances present in gluten with a threat to the body and attacks them. This damages the small intestine and impairs the body's ability to absorb nutrients from food, ”added the same specialists.

The causes are unclear.

Miguel Ángel Martínez Olmos, member of the Spanish Society of Endocrinology and Nutrition (SEEN) states that, at present, the causes of the disease are not clear.

"It is believed that celiac disease is the end result of three processes that culminate in the damage of the intestinal mucosa: genetic predisposition, the individual's immune system and environmental factors," he says.

“The mechanism by which some people with this genetic condition become celiac at a certain moment in their life (children, adults and even after 60 years) and others do not yet know well. It is as if a light switch was pressed, ”says Dr. Francesc Casellas Jordá, a digestive system specialist and member of the EDPS.

Typical forms of celiac disease are characterized by symptoms such as diarrhea, abdominal pain, swelling of the belly after eating, nausea and vomiting or weight loss.

But there are also atypical forms that give non-digestive symptoms, for example, chronic iron deficiency anemia, menstrual abnormalities, repeated abortions, coagulation disorders and even psychiatric disorders. These cases are much more difficult to diagnose.

In general, to diagnose celiac disease, first-degree relatives are studied in search of the genetic condition that predisposes to this pathology.

A blood test is then performed to detect the presence of celiac disease antibodies, particularly the glutaminase enzyme, and then a gastroscopy is done to perform duodenal biopsies.

However, sometimes there may be discrepancies between the results of the blood tests and those of the biopsies. In fact, a study published in 2007 in "The New England Journal of Medicine" estimated in 10% the cases in which the results of both tests did not match.

When this happens, it is necessary to resort to auxiliary diagnostic methods, such as flow cytometry, a test designed to study the cells of the intestine and detect if there is a certain type of white blood cell called gammadelta intraepithelial lymphocytes in the walls of the intestine.

You should not stop consuming gluten, unless directed by your trusted doctor. (Free Press Photo: EFE).

"The presence of these lymphocytes would be the first sign of the existence of celiac disease," says Dr. Julio Valle Muñoz, a digestive system specialist at the Toledo Hospital Complex and a member of the EDPS.

However, atypical forms of the disease that have more varied symptoms, for example, cutaneous or neurological, may take an average of two or three years to be diagnosed, according to data from the EDPS. In fact, this entity emphasizes that 15% of cases of celiac disease are atypical forms difficult to diagnose.

In addition, there are other problems related to gluten that are not celiac disease, such as gluten allergy or sensitivity to this substance, still little known, that makes people who suffer from it feel discomfort when taking gluten without being celiac.

For all these reasons, it is crucial that each case be studied and diagnosed by a specialist.

As for celiac disease itself, Dr. Francesc Casellas Jordá recalls that he has “a very effective treatment that is the complete and definitive exclusion of gluten from the diet. But no one should self-diagnose and exclude gluten from their diet without there being a reason or having been studied and diagnosed by a specialist. ”

Similarly, Dr. Valle Muñoz stresses that you should not do "a gluten-free diet without having gone before a digestive system specialist who issues an accurate diagnosis of the disease, since it will last a lifetime and it is important that the diagnosis is safe ”.

To know what to do and promote our health, it is important that we go to medical specialists. (Free Press Photo: Services).

In addition, he adds that it has become a fashion “the indiscriminate elimination of gluten from the diet, which makes it very difficult for us to diagnose because then we cannot assess the damage well. Even on certain occasions we have to re-introduce gluten into the diet to do the studies. ”

On the other hand, Dr. Martínez Olmos warns that, frequently, gluten-free processed products sold in supermarkets are "of a rather poor nutritional quality."

The specialist explains that among its long lists of ingredients there are usually saturated fats and significant amounts of sugar or salt to ensure that the food in question has the desired texture and is tastier. Therefore, it indicates that "it is very important to carefully review the labels."

People who do not have problems with gluten should not eat food without this protein. (Free Press Photo: EFE).

Also, a study by researchers at the T.H. School of Public Health. Chan from Harvard University in Boston (USA) determined that gluten-free diets are not only not beneficial for the population without celiac disease, but may increase the risk of developing metabolic disorders.

“From the Spanish Society of Endocrinology and Nutrition (SEEN), we recommend that a healthy person's diet be varied and balanced, without the need to dispense with gluten. There is no scientific evidence that leads us to recommend a gluten-free diet to healthy people, ”concludes Dr. Martínez Olmos.

> Jugotherapy: everything you always wanted to ask about this increasingly popular practice

> The 8 foods that cause the most allergies

> This is how an authentic traditional Italian pizza is identified