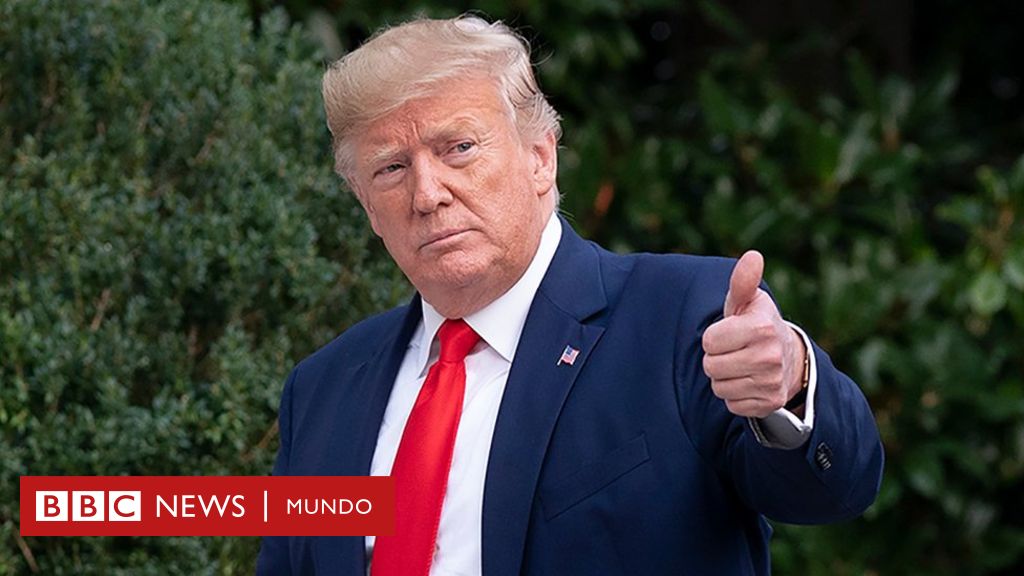 The House of Representatives began an investigation last week that could end in an impeachment against Trump.

A group of text messages reveals how US officials worked to incite Ukrainian President Volodymyr Zelensky to open an investigation into Joe Biden, one of Donald Trump's potential rivals in the 2020 presidential elections.

The existence of the messages, released Thursday by Democratic congressmen, is known in the context of the preliminary investigation launched by the House of Representatives that may result in an impeachment or political trial against the US president.

The parliamentary inquiry began last week, after it was learned that in a phone call last July Trump suggested that Zelensky investigate Biden, who is currently one of the best positioned Democratic candidates to compete in the presidential elections of 2020

Trump's furious reaction against Biden, the Democratic congressmen and the media in the process of political trial
The political scandal that led to an investigation being opened to initiate an impeachment process against Trump

In the text messages, a senior diplomat says it would be "crazy" to withhold military aid to Ukraine in exchange for gaining political advantages for Trump in the upcoming elections.

US laws prohibit asking foreign governments for help for electoral purposes, but this week the US president insisted on his right to request information about the Biden by publicly asking Ukraine and China to investigate them.

Hunter Biden (left) with his father, Joe Biden, who could be the Democratic candidate in the 2020 elections.

Trump claims that Biden, who was vice president during the Barack Obama administration, used his political influence to save his son, who was an executive at Burisma, an important energy company in Ukraine, from criminal investigation.

The president's opponents, on the other hand, accuse him of pressuring Zelensky to obtain information that could harm Biden's presidential options and stress that just days before the July phone call, Trump froze without giving hundreds of millions of dollars in aid. military to Kiev.

Trump denies having acted badly and Friday confirmed that in his communication with his Ukrainian counterpart there was no quid pro quo; that is, he did not offer Zelensky any benefit in exchange for investigating Biden.

But what do the texts say?

The messages are part of discussions related to the telephone conversation between Trump and Zelensky and were sent between July and September.

Three high-ranking officials participate in them:

Kurt Volker, Trump's envoy for Ukraine, who resigned last week.
Gordon Sondland, the United States ambassador to the European Union, and a great contributor to Trump's election campaign.
Bill Taylor, a senior diplomat of the US embassy in Ukraine.

On July 19, these three officials discussed the planning of a telephone call between Zelensky and Trump.

Gordon Sondlande, US ambassador before the European Union, he was one of the diplomats who participated in the preparation of the telephone call.

Volker said he had breakfast that morning with Trump's lawyer, Rudy Giuliani, and that he had identified the main purpose of the future call.

"The most important thing is that Zelensky says he will help the investigation (about Biden)," he wrote to the others.

But Bill Taylor, the senior US diplomat in Ukraine, warned that Zelensky "is sensitive" to Ukraine being seen "as an instrument of Washington's internal policy on re-election."

Before the call, Volker sent a text saying that he had heard from the White House that Zelensky was going to be offered a formal invitation to Washington, "assuming that President Z convinces Trump that he will investigate / 'reach the bottom of what happened in 2016. "

This is a reference to the unproven accusations that Ukraine interfered in the 2016 presidential campaign and worked to help the Democrats.

The president of Ukraine, Volodymyr Zelensky, was sensitive to the possibility of being seen as an instrument of US policy.

Text messages also show how US diplomats discussed what the president of Ukraine should say after the call.

By August 13, Volker recommended that Zelensky's statement refer to interference in American politics, "especially with the alleged involvement of some Ukrainian politicians" and Burisma, the company in which Hunter Biden worked.

So far there is no evidence that the son of the former US vice president has been involved in any irregularities.

"Impeachment" to Trump: why Hunter Biden, the son of the former US vice president is so controversial Joe biden

Then, on August 29, the tone of the discussion changed. Zelensky's assistant Andry Yermak sent a short message to Volker, including a link to a news item on the Political website entitled "Trump retains military aid for Ukraine destined to confront Russia."

Taylor, the senior US diplomat in Kiev, seemed to express his concerns about the reasons for the delay.

"As I said on the phone, I think it's crazy to retain security assistance for help with a political campaign," Taylor wrote.

That suggestion, however, was firmly rejected by Ambassador Gordon Sondland, who replied: "I think you are wrong about President Trump's intentions. The president has been very clear, don't quid pro quo of any kind."

In a letter that accompanied the dissemination of the texts, high-level Democratic congressmen criticized Trump's "open challenge" to "our core values ​​as US citizens."

Democratic Congressman Adam Schiff was one of those who disseminated the text messages.

"The president and his assistants are involved in a campaign of misinformation and confusion in an attempt to normalize the act of requesting a foreign power to interfere in our elections," said the letter.

"This is not normal or acceptable. It is unethical, antipatriot and bad," he added.

But Republican Congressman Jim Jordan, the top Republican legislator of the House of Representatives Oversight Committee, said in a Twitter message that "that information (contained in text messages) cannot be understood without the explanations offered by Volker in your testimony of yesterday. "

Therefore, the legislator requested that the transcript of all the testimony that the US diplomat offered before Congress on Thursday be disclosed.

According to Jordan, that appearance "undermined the salacious narrative that Representative Adam Schiff is using to sell his impeachment ambitions."

Inconsistencies, Delays And Shortages: The Stumbling Blocks In The United States When Applying Mobile Tests Of The Coronavirus 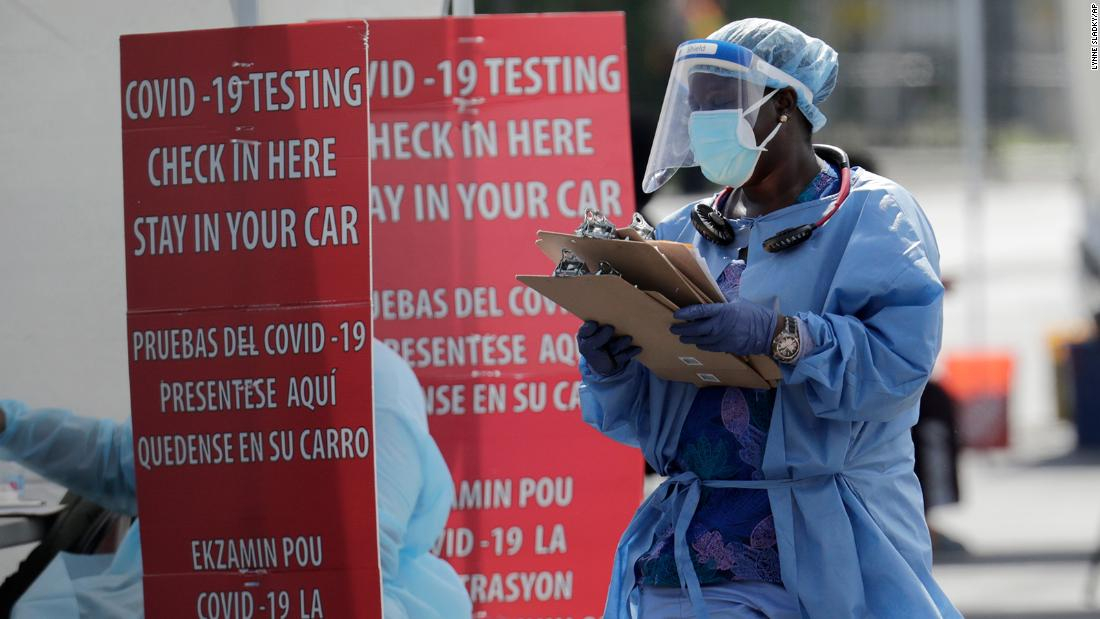