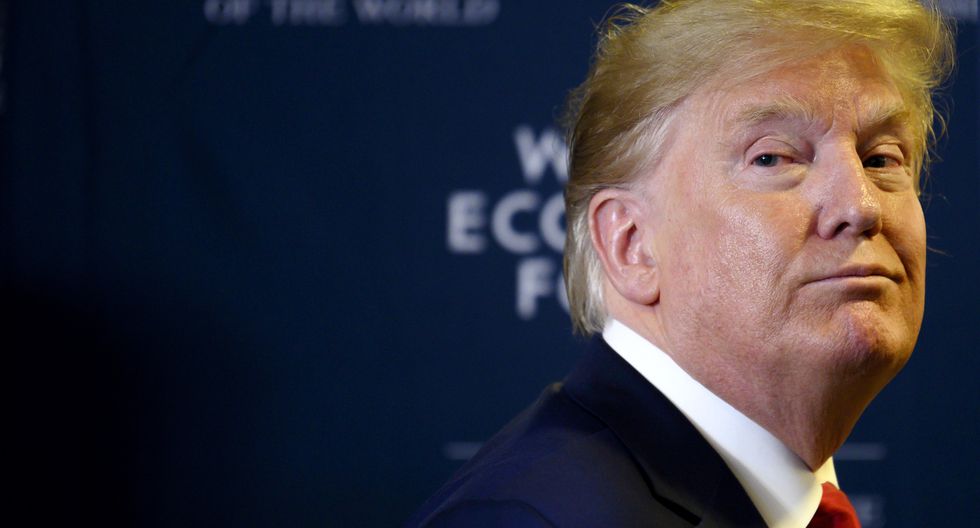 Washington.- The American president, Donald Trump, looks out this weekend at the end of his political trial, the result of which promises to embolden him in the face of the November elections and tie him even more to a Republican Party that has completely parked his doubts about the mandatary.

With the appearance of witnesses such as former presidential advisor John Bolton ruled out in a tight vote on Friday, new potholes are not expected to prevent, in another vote in the Senate next Wednesday, Trump is acquitted of the two charges he faces for his pressures to Ukraine.

Aware that only a miracle could cause a score of Republicans to change sides and give the Democrats the majority of two-thirds they need to dismiss him, Trump is confident that the result of the “impeachment” will reinforce his re-election options in a country even more polarized than at the beginning of the process.

“Trump’s numbers in the polls are the highest since his election, despite the constant farce and witch hunts (of the Democrats)!” Trump wrote Saturday on Twitter.

Trump poll numbers are the highest since election, despite constant phony Witch Hunts! Tens of thousands of people attending rallies (which the Fake News never mentions) to see “The Greatest Show On Earth”. Fun because USA is WINNING AGAIN! https://t.co/L14hDtx6cT

The president was referring to the average number of surveys prepared by the RealClearPolitics website, which this week reflected his popularity among 45% of Americans, the highest proportion since February 2017, at the beginning of his Presidency, although not since his election.

Trump has reasons to sing victory: the one that will close on Wednesday will be an express political trial, three weeks shorter than the one that starred in 1999 the then President Bill Clinton, and the first of the fifteen celebrated in US history. that has not included the convocation of witnesses or documents in the Senate.

It is, above all, a test of Trump’s control over his party and a reflection of the evolution of the Republicans, who at the beginning of his Presidency saw him mostly suspiciously and now close virtually seamless rows around the president.

The president of the United States, Donald Trump, next to what was his national security adviser, John Bolton, at the G7 summit in La Malbaie, Quebec, in 2018. (AFP)

“If there was any doubt that the Republican Party has become Mr. Trump’s party, it has almost completely dissipated during the political trial,” the Washington editor of The Wall Street Journal, Gerald Seib, wrote this Saturday.

Trump’s imminent acquittal will also give his approval to the steps he has taken to absorb power to the legislative branch: first, with the apparent political retention of aid to Ukraine approved by Congress; and then, by refusing to hand over documents to the lower house, which has the power to demand them.

After the presentation of the final allegations on Monday and his speech on the State of the Union on Tuesday, Donald Trump will finally be able to breathe calmly on Wednesday afternoon, when the Senate will finally vote to, obviously, absolve him of the charges of abuse of power and obstruction of justice.

Trump will then become the first president of the modern history of the United States to run for elections after being politically charged.

Of the other two US leaders acquitted by the Senate, Clinton overcame his political trial already in his second term, with no possibility of reelection; while Andrew Johnson (1865-1869), emerged so weakened from the process that he failed to get his party to trust him to nominate him for a second term.

Trump is unlikely to suffer the same fate as Johnson: the same Republican Party that in 2016 debated restlessly about how to stop the rise of the tycoon has decided, four years later, that he is interested in attacking a popular president in many conservative districts.

The major reflection work will have to be done by the Democratic opposition, whose leader in the lower house, Nancy Pelosi, refused for many months to initiate a political trial against Trump for considering the impossibility of reaching the majority of two thirds in the Senate He would leave his match badly.

But the revelation that Trump withheld military aid while pressing Ukraine to investigate one of his possible rivals in 2020, former Vice President Joe Biden, led many Democrats to argue that letting such abuse of power pass would set a bad precedent in the American democracy

And now, the Senate Democratic leader, Chuck Schumer, argues that Trump’s acquittal will not be such, because the express removal process has not been credible.

“If there are no witnesses or documents in this trial, there will be a permanent asterisk next to President Trump’s acquittal. (…) His acquittal will have no value, ”Schumer said Friday.