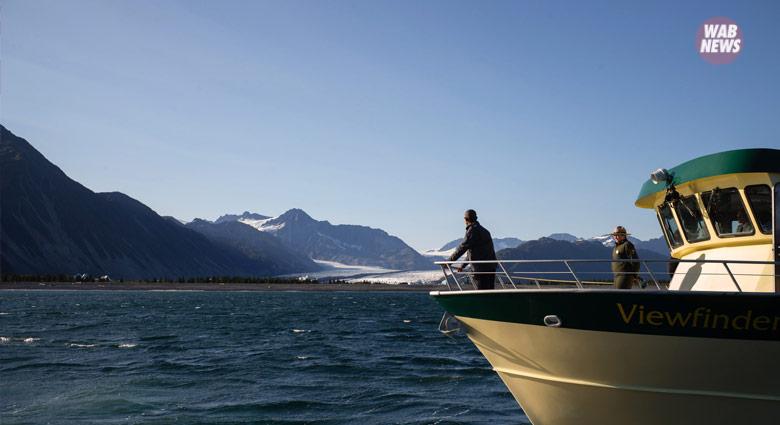 BANGALORE, India (AP) — India officially assumes the presidency of the Group of the world’s 20 largest economies for next year on Thursday and is putting climate at the top of the group’s priorities.

According to experts, some of the crucial areas that the Asian country will focus on during its presidency are programs to promote sustainability and allocate resources so that nations can adopt clean energy and face the effects of a world with increasing temperatures. Some believe that India will also use its new position to boost its climate record and bridge the interests of industrialized and developing nations.

In recent years, the country has made considerable strides toward its climate goals, but is currently one of the top emitters of greenhouse gases.

The G20, made up of the world’s largest economies, has a rotating presidency, in which a different member state is in charge of the group’s agenda and priorities each year. Some experts believe that India will take advantage of the “big stage” of the G20 presidency to promote its climate and development plans.

The country will “focus heavily on responding to the present and future challenges posed by climate change,” said Samir Saran, president of the Observer Research Foundation, a New Delhi-based think tank. The ORF will coordinate the T-20, a group of research centers from 20 member countries whose participants meet within the framework of the G20.

Saran said India will work to ensure money flows from rich industrialized nations to emerging economies to help them combat global warming, such as pledging $100 billion a year to poorer nations to to invest in clean energy and adapt to climate change, something that has not yet been achieved, and a recent commitment to vulnerable countries to create a fund for damage caused by extreme weather.

He said India will also use his presidency to promote its flagship “Mission Life” programme, which encourages a more sustainable lifestyle in the country, which is expected to soon become the world’s most populous.

When Indonesia, which held the presidency, symbolically handed it over to India last month in Bali, Indian Prime Minister Narendra Modi seized the opportunity to promote the programme, saying it would make “a huge contribution” in making sustainable living ” a massive movement.

The impact of lifestyle “has not received enough attention in the global discourse as it should,” said RR Rashmi, a distinguished fellow at the Institute for Energy Research in New Delhi. She added that the issue “could gain some prominence” at the G20, which would be a success for the Indian government, but critics say the focus on lifestyle changes needs to be underpinned by policy to have credibility. .

India has been bolstering its climate credentials, with recent domestic targets to adopt renewables even more ambitious than those it gave to the United Nations as a signatory to the Paris Agreement, which requires countries to show how they plan to limit the rise of temperature with respect to the objectives that were agreed in 2015.

Some analysts say nations’ climate ambitions and actions — including India’s — are not in line with agreed temperatures.

Many of India’s big industrialists are investing heavily in renewable energy, both domestically and globally, but the Indian government is also preparing to invest $33 billion in coal-fired power plants over the next four years.

Navroz Dubash, author of several UN climate reports and professor at the Center for Policy Research, said that a crucial question for many countries is how “emerging economies address development needs and do so on a path of low carbon emissions.” carbon”, and several from the south of the planet, such as India, point out that external investment is necessary.

In the G20 presidency, India is in a good position “to say what it will take for us to develop in ways that do not tie up the remaining budget for carbon,” Dubash added, referring to the amount of carbon dioxide the world can emit while at the same time containing global warming to within 1.5 degrees Celsius (2.7 Fahrenheit) above pre-industrial levels.

“Developing countries are making a compelling case that green industrial policies are in fact quite dependent on having public money to deal with the problems,” Dubash said. Some experts say more than $2 trillion is needed each year by 2030 to help developing countries reduce their emissions and cope with the effects of climate change: $1 trillion from domestic sources and the other external sources, such as developing countries or multilateral development banks.

“This public money can also be a way to attract private funds, which is what Washington has done with its Inflation Reduction Act,” Dubash added. The flagship US climate package approved this year includes incentives to build clean energy infrastructure.

According to experts, the G20 will also study in detail alternative strategies to obtain climate finance. The group could follow the example of the Bridgetown initiative proposed by Barbados Prime Minister Mia Mottley, which involves releasing large sums of money from multilateral development banks and international financial institutions to help countries adapt to climate change and transition to cleaner energy.

ORF’s Saran said that as G20 chair India can drive the conversation on this initiative. It is common that when developing countries borrow from global financial institutions, they are charged higher interest rates. For Saran, readjusting global finances to make renewable energy more affordable in the developing world is key to curbing climate change.

The idea has gained traction among developed nations. French President Emmanuel Macron has expressed support for him.

“In the future, a sizeable portion of emissions will come from the developing world,” Saran said. “If we make it easier for them to transition to cleaner energy, then we can avoid these emissions.”

The Associated Press’s climate and environmental coverage receives support from several private foundations. The AP is solely responsible for all content.