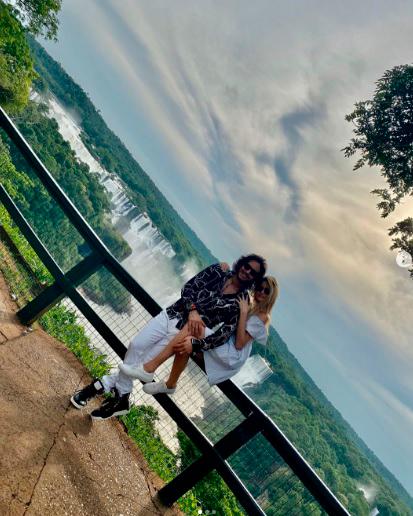 For years Mario Cimarro was one of the fashion stars thanks to the soap operas that he starred in for different channels, such as Gata savage (2002), Pasión de gavilanes (2003) and Mar de amor (2008), among others.

However, in recent years the renowned Cuban gallant has stayed away from soap operas.

In a television show, Cimarro officially introduced his girlfriend several weeks ago. This is Broni, a beautiful young woman of Slovak origin who has been dedicated to the world of modeling for several years. Now, Mario Cimarro announced that he is going to marry who he c onsiders "the woman of my life."

“I present to you the woman of my life,” announced the actor on the television show Baila con Paraguay, where he serves as a jury.

According to People in Spanish, the courtship between the two is so serious that Cimarro handed him the engagement ring and uploaded several videos in his Instagram stories.

"There comes a time, after searching deeply, his soul, looking, traveling, talking, looking into the eyes, stopping, meditating and celebrating, to commit, especially if she says yes!" Successful soap opera The body of desire recently in its social networks.