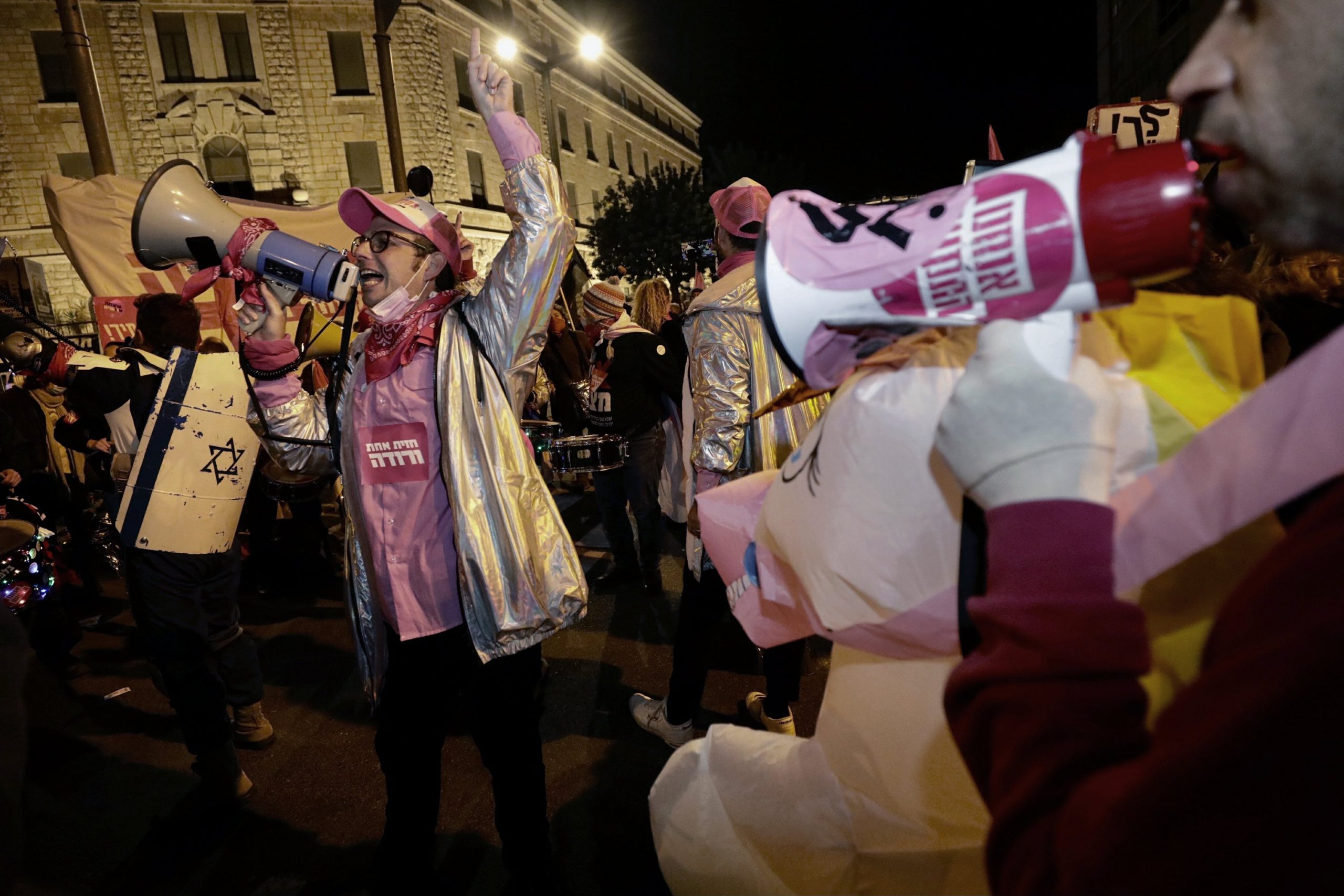 JERUSALEM (AP) – More than 1,000 protesters gathered in Jerusalem Saturday for their weekly protest to demand the resignation of Israeli Prime Minister Benjamin Netanyahu, who is under corruption charges, as minor protests took place at intersections and bridges across the country. .

Netanyahu faces charges of fraud, breach of trust and taking bribes in three cases involving billionaire associates and press moguls. The prime minister refuses to be implicated in wrongdoing, but protesters say he cannot properly govern the country while he deals with a formal indictment.

The protests have taken place every week since last summer, mainly in a square in Jerusalem near Netanyahu’s official residence, and they continued despite having fewer participants during cold winter nights.

In March, Israel will hold its fourth national elections in less than two years and Netanyahu faces new challenges from opponents within his own Likud party.

The government’s handling of the coronavirus crisis has also fueled protests. Due to the third lockdown underway in the country, the COVID-19 restrictions have affected the country’s economy amid an increase in infection rates.

By Saturday, more than 2.5 million of Israel’s nine million people had received at least the first dose of the COVID-19 vaccine in what constitutes the largest global inoculation campaign that Netanyahu has put in the center. of his reelection campaign. However, this apparently has not slowed down the protests.