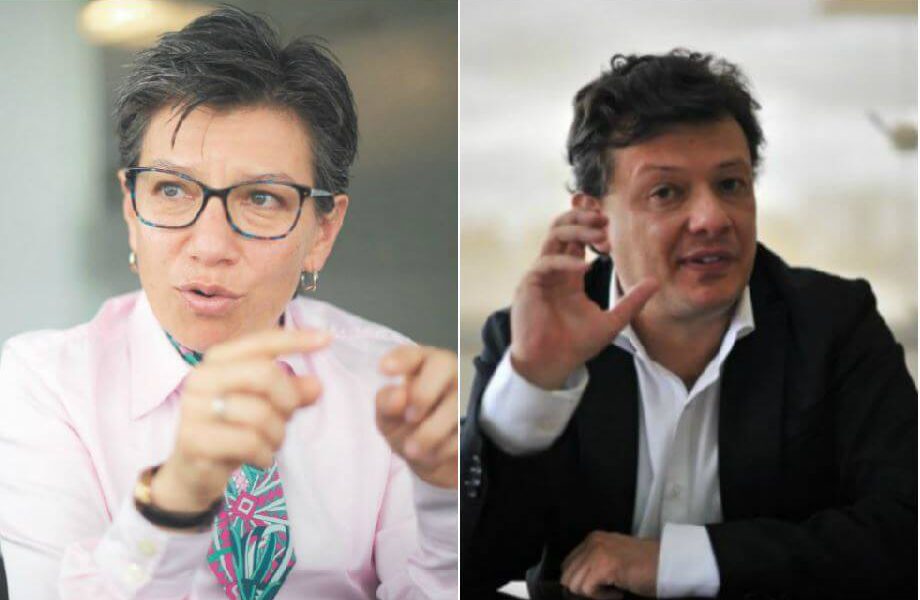 Oct 26 CI.- The demolition and expropriation of land for the construction of the elevated subway in Bogotá have already begun; all this, within the framework of a murky scenario that evidences irregularities in bidding procedures with a Chinese consortium linked to investigations for corruption and bribery in the world of financial monopoly.

By: Andrea Suárez Acosta and María Camila Murcia León * In turn, this infrastructure that is estimated to be Colombia's largest business is anchored to a land use plan, that is, to a city model for capital , linked to a national development plan that affects the population and enriches the sectors of the national and transnational economy.

A city project that eliminates the ability to resist the global climate crisis, which offers its ecological geography and water territories to tourism businesses, claiming that more public space is needed. A model that does not recognize the need for proper waste management and that currently has the inhabitants of the Southern Crescent in ecological crisis with the Doña Juana landfill. A business that facilitates the permanence of extractive projects by brick and multinational companies such as Holcim and Cemex; a model for the privatization and speculation of the Sumapaz moorland, eastern hills, wetlands and rural and urban land in the city.

This text is intended to broaden the discussions and conversations to go beyond the reductionist eyes that minimize the metro business to a topic of “mobility” and overcome binary visions (Claudia López or Hollman Morris for the Mayor's Office of Bogotá), before an electoral situation that reduces decisions and debates that correspond to a policy dimension centered on representativeness and statehood.

With this we do not want to underestimate the importance and the urgency of constructing policies that dispute the power of the social class that manages the city today, but we want to focus this time on the need to build deep views that do not reduce decisions that are common to representations individual, as Holloway would say: the power of capital is the power to individualize and therefore we find the need to be and be against and beyond capital.

In this sense, the development projects looming today in Bogotá allow us to see the production of a neoliberal city from megaprojects that deepen the relations of economic dependence throughout Our America and that strengthen the subjective separation with the territory and with the you fight for the defense of life.

The spatial expansion of capital in Bogotá uses the land in order to monopolize and build projects that produce wealth for a capitalist class, which guarantees the functioning of the market and instrumentalizes the forms of politics to reduce them to the platforms of “representative democracy” . This enclosure of capital to urban and rural settlers is part, as Federici mentions in C avallero and Gago, of a new colonial moment linked to a fourth crisis of capital, in which the processes of dispossession and the popular struggles of women, workers , peasants, students, black and indigenous communities, among others, will be on the rise and against the indebtedness led by financial sectors such as the World Bank and the IMF.

This is a scenario, as Mina Lorena Navarro mentions, of multiple offal, offal for (i) appropriation of the means of production and wage labor; by (ii) expropriation of the territory and common goods and (iii) dispossession for the production of subjectivities in favor of capital, which manifest themselves in physical and cultural violence, and deepen the separation of the management of the common in the city.

Also read: ABC of POT in Bogotá, a policy that benefits construction companies

Opposing the elevated subway and the Territorial Planning Plan -POT- is not only a proposal of egotistical and macho lefts, but is part of political and ethical positions for the defense of life. The POTs imposed by the current mayor Enrique Peñalosa and the President of the Republic Iván Duque, advance territorial dispossession projects in favor of a city model for financial capital and with the absence of social policies that increase socio-spatial segregation, poverty , the marginality and exclusion of those who inhabit Bogotá.

Opposing the elevated subway and the Territorial Planning Plan -POT- is not only a proposal of egotistical and macho lefts, but is part of political and ethical positions for the defense of life.

The solution does not exist either in the proposals that promote gender equality as a political alternative but that are distant from the defense of the territory, we also question a blank vote and an abstentionism, absent from collectivity in terms of direct political struggle. In the face of complex realities such as those presented to us, we believe it is necessary to affirm common policies for the defense of the territory, paraphrasing Pineda: capitalist dispossession does not only occur on rural land with extractive machinery, but also on developable land to provide accumulation processes allow the flow of financial capital, because it depends on the poor development that is imposed on us where decent life matters little and the land of the city intends to be urbanized for the construction business.

Our commitment is to understand the electoral political situation as one of the dimensions of the political, but not the only one, to reproduce what is common in the city implies reducing the separations that put us in the competence of governance.

The Latin American struggles that today make visible those who have risen against the formulas of indebtedness, construction of neoliberal cities and against repression in all its forms in Haiti, Ecuador, Chile, Honduras, Lebanon, Catalonia, even in Colombia by Peasant, indigenous, black, student movements, etc., can be learning to think of cities as communal spaces, to reduce country-city dichotomies and to deprivatize the space and territory in which we live.

However, thinking and building territories for all people needs subjectivities that think in common and beyond individual political representations. The right to the city has to do also with the overcoming of an instrumental technical rationality, so, building the common in the city invites us to think about other types of social relations in which the territory, life and bodies are central themes.

Therefore, this electoral situation requires thinking about politics in the fight against colonial financial capital, which are also direct struggles against patriarchy. We wish that those who inhabit this territory can choose ediles, edilesas, councilors and councilors who intersect with the different ways of doing politics, that make control of whoever is the mayor or mayor and that moving societies continue to make capital cracks to keep the capital hope and besiege the rationality of dispossession through community fabrics and struggles for the defense of life and territory.

That the societies in movement continue making cracks to the capital to maintain the hope and to besiege the rationality of the dispossession through the community fabrics and the fights for the defense of the life and the territory.

“We are not going to obey you, politicians, bankers, because you are the dead past, we are the possible future, the only possible future” – Jhon Holloway – Despair and hope, The Journey.

You may be interested: City in Motion: an urban transformation bet