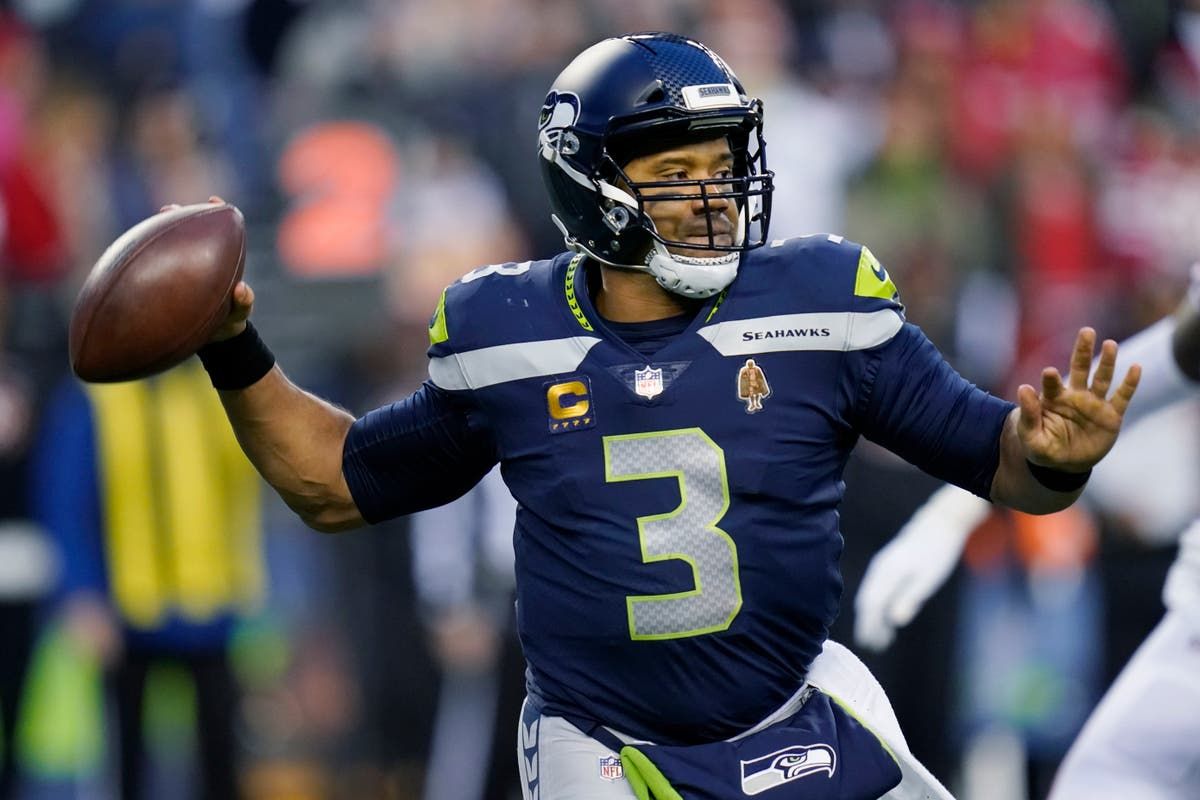 SEATTLE (AP) – Russell Wilson had his best performance since returning from finger surgery, throwing for 231 yards and two touchdowns, as the Seattle Seahawks beat the San Francisco 49ers 30-23 on Sunday.

Seattle (4-8) snapped a three-game losing streak but it wasn’t easy, committing a series of mistakes that gave the 49ers a chance to tie with a touchdown in the dying moments.

Gerald Everett fumbled at San Francisco’s two-yard line with 4:03 left, as Seattle was about to score the final touchdown. Jimmy Garoppolo led the 49ers for 95 yards to Seattle’s three-yard line. But his third down pass to Trent Sherfield was blocked by Sidney Jones, and his fourth down pass was deflected at the line of scrimmage by Carlos Dunlap.

It was the second major play by Dunlap, who sacked Garoppolo at a safety early in the third quarter.

Newly hired running back Adrian Peterson tied Jim Brown for 10th all-time with 126 career touchdowns, scoring on a one-yard run in the second period for Seattle.

Travis Homer also rushed for 73 yards on a touchdown play on a false punt on the first offensive drive of the game for Seattle.