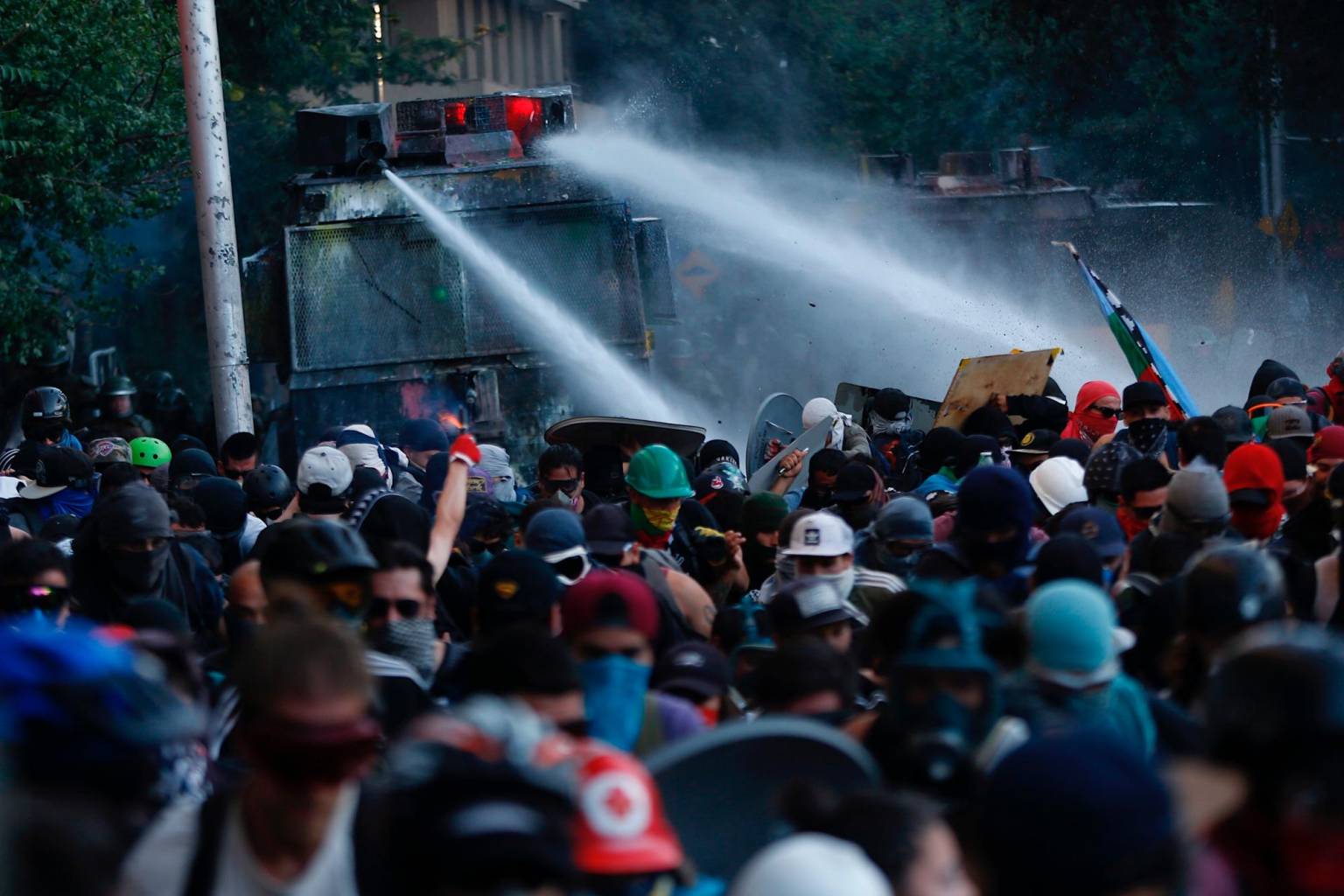 The number of deaths during the social outbreak that Chile has been living for a month was 23, after Friday night a young man lost his life in a demonstration in the capital, the government reported on Saturday.

The 29-year-old was participating in a concentration in Plaza Italia, the epicenter of the protests, when he suffered a cardiac arrest and was assisted on site by personnel from the Metropolitan Care Service (SAMU) and taken to a nearby hospital, where he died, explained the Under Secretary of Interior.

The SAMU also reported in a harsh statement that the police (police) threw water and shot pellets and tear gas while the protester was treated and that even one of his professionals was injured, which also showed several videos posted on social networks .

This aggression prevented the necessary care given to the patient, the resuscitation should be delayed and forced evacuation, due to the insecurity of the scene (…) As health officials we cannot tolerate the actions of the police force, said the emergency service .

Friday's protests also left a total of 268 people arrested and 26 injured protesters, adding to the thousands registered during this month of social upheaval, added the government report, which made no reference to the SAMU complaint.

The historic agreement announced on Thursday night by the country's parliamentary forces to convene a plebiscite in April 2020 and ask citizens if they want to change the Constitution and what mechanism they prefer to write the new text failed to ease the mood of the protesters, They went back to mass on the streets on Friday.

The Chilean crisis, which turns a month on Monday, was triggered by a rise in the price of the subway ticket and with the days it became a popular clamor against the country's unequal economic model, repression and the Government, which decreed the state emergency and a curfew during the first days.

The protests, the most serious since the return of democracy in 1990, have also left episodes of extreme violence, with looting, fire, destruction of public furniture and bloody clashes between protesters and police forces, much questioned by the repression they are acting. EFE