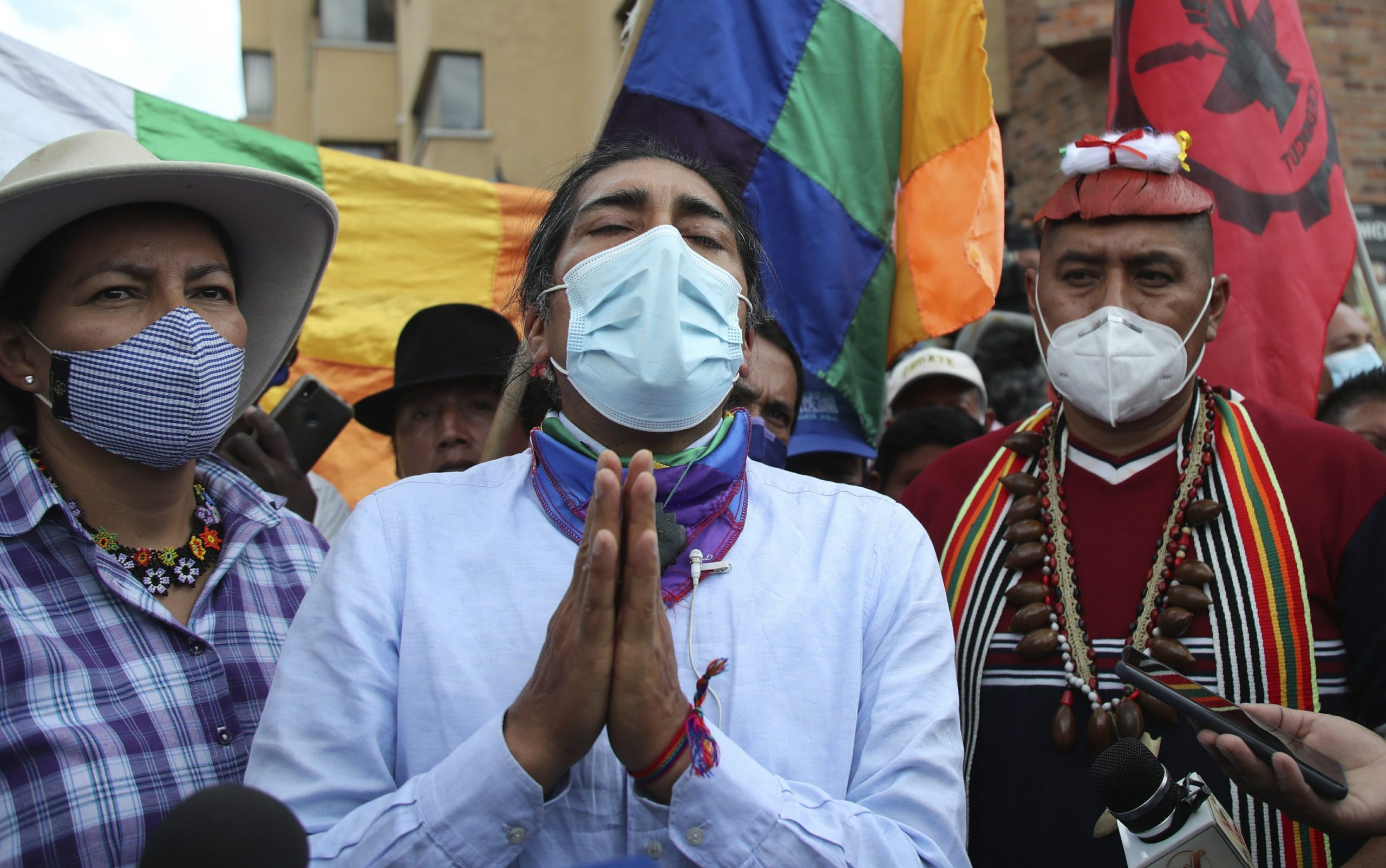 QUITO (AP) – The Pachakutik party, the political arm of Ecuador’s largest indigenous organization, called on Wednesday for a mobilization in Quito and other cities to defend the electoral results of its candidate Yaku Pérez, who disputes his passage vote by vote. to the second electoral round with the former right-wing banker Guillermo Lasso.

Indigenous leaders have cast doubts on the process and have protested because in some tables the votes do not coincide with the electoral records. Given this, both applicants have called for calm.

“In the name of social peace and unrestricted respect for democracy, I am writing to you to make a call for calm, for patience,” while noting that, given the narrow difference between Pérez and Lasso, he called the Electoral Council to give facilities to national observers and party delegates to verify “that this process is carried out with total transparency.”

In the capital, a growing number of indigenous people and supporters gathered in front of the computer center and in front of the Electoral Council to demand transparency, but more are expected to continue arriving in the coming hours, as well as to the port city of Guayaquil.

“We call on the Ecuadorian people to take care of their decision, the popular will cannot be mocked once again,” said the national leader of that organization, Salvador Quishpe, to the Teleamazonas television network, while asking his bases to attend the delegations elections in this capital, Guayaquil and other cities to demand transparency in the processing of voting records.

As an example, he showed the photographs of two electoral records: in one, Pérez had two votes but after counting the votes again it rose to 65 and in another record he also had two votes, but after the review they rose to 62.

Pérez called “for calm, for peace, to wait patiently for the results, but to be vigilant of each of the votes” while Lasso said that “the popular will must be respected … all votes must be counted “and also called for” tranquility while we wait for the official results. “

In Sunday’s elections, the dolphin of former president Rafael Correa (2007-2017), Andrés Arauz, won, but there is a close dispute between Lasso, who for the first time since Sunday night went ahead with 19.63%, and Pérez , which had 19.62%, with 99.81% of the electoral records recorded.

There is still another 2.75% of the minutes to be processed that were reported with inconsistencies such as errors in the sum of votes, lack of signatures of the electoral delegates or other inconveniences.

As of Sunday, the electoral body has ten days to process the results that will define the protagonists of the ballot from which the successor of President Lenín Moreno will emerge.

To win in the first round, a candidate must obtain half plus one of the valid votes or at least 40% of the votes and an advantage of 10 points over his most immediate rival. As these requirements have not been met, the first two will meet in a second round on April 11.

The last mobilization of thousands of indigenous people occurred in October 2019 and included violent protests throughout the country and the burning of the State Comptroller General’s Office, among other incidents, for the government to repeal an increase in the price of gasoline. The protesters also kidnapped journalists, the police and the military and kept democratic continuity in suspense.