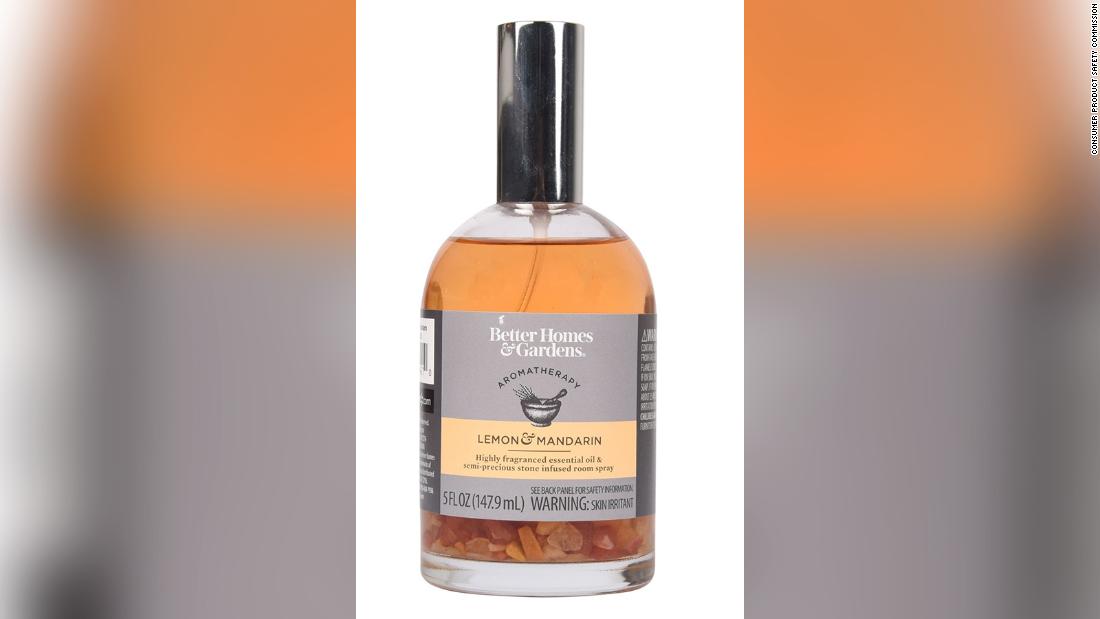 Walmart removed the aromatherapy spray from its stores.

(WAB NEWS) – It was a mystery by any definition of the word: a rare tropical infection that had sickened people in the non-tropical states of Minnesota and Kansas, as well as Texas. The first patient to fall ill in March in Kansas died.

All were infected with a bacterium known as Burkholderia pseudomallei, and the disease it causes is called melioidosis, characterized by non-specific symptoms such as coughing and shortness of breath, weakness, fatigue and nausea. It is most commonly seen in Thailand, Malaysia, Singapore, and northern Australia, and is found in contaminated soil and water.

It wouldn’t be expected in the central United States, and certainly not in an aromatherapy spray with the scent of lavender and gemstones.

Typically, when Americans are diagnosed with melioidosis, it is associated with travel. But these cases emerged in the midst of a pandemic, when international travel was practically non-existent. And none of the affected families had traveled.

The US Centers for Disease Control and Prevention (CDC) issued a health alert in June, when the three cases were linked in Kansas, Minnesota and Texas. By the time they found the source of the disease this month, it had sickened four people and killed two of them.

The trail had gone cold in Kansas, said CDC epidemiologist Dr. Jennifer McQuiston, who helped lead the investigation. The CDC worked with state health departments to try to find out how people had become infected with such an unusual bacteria.

“It really was a fishing expedition because we had no clues to guide us in any direction,” McQuiston told CNN.

“The teams really looked at personal care products, lotions, soaps, foods, vitamins, things that they might have been exposed to,” McQuiston said.

“Cleaning products, all sorts of things. The thing about Burkholderia pseudomallei is that it really needs a humid or wet environment to survive. It can survive in some types of humidity where you wouldn’t normally think bacteria would survive, even in hand sanitizers. “

Then in July, a patient died of melioidosis in Georgia. Genetic testing linked it to the other three cases.

The CDC teams doubled down on their searches, going through all the products they could find that could possibly be the source of the bacteria. Still, no hard evidence was found.

“They had tested several hundred specimens and it looked like it was hitting a dead end,” McQuiston said.

In a last-ditch effort, they returned to the last patient’s home for another look earlier this month.

There, they found it: “Better Homes & Gardens aromatherapy room spray infused with lavender and chamomile essential oils with gemstones.” The product had been manufactured in India and sold at Walmart.

Walmart recalled the product on Friday.

“We were all so relieved to have something that pointed to a source of infection because our biggest concern was that whatever had caused the infection in those four previous cases could still be posing a risk to people’s health,” McQuiston said .

“This showed us that that was true, our instincts on that were correct because there are households in America that have this bottle of fragrance in their homes, potentially spraying it,” he added.

“That is why we thought it was so important to get out quickly with this information, although we are still awaiting the results of the sequence confirmation showing that what came from the bottle matched the patient from Georgia. The PCR results are what prompted us to move forward with this announcement. “

The CDC has been able to link the strain of bacteria to patients in Texas, Kansas and Minnesota. “So we have A connected to B, B connected to C, and the results of the sequence will help us connect A to C,” McQuiston said.

It is not clear which ingredient in the spray may be the contaminant. However, it could be the “gemstones”.

“Rocks are collected from the environment and there are bacteria in the environment, so if the rocks weren’t sterilized before integrating, that would be a possibility,” McQuiston said. “The other possibility is that another component has been contaminated and that the rocks have created a small microenvironment in that bottle for the bacteria to grow,” he added. “So we don’t know the importance of rocks yet, but having rocks in a fragrance bottle is definitely unusual. So that’s something I think we’re interested in looking at.”

The same manufacturer made other scents using “gemstones” that the CDC will be examining, McQuiston reported.

It is also unclear how people can become infected with a spray. The victims do not appear to have inhaled it.

“A lot of people said they sprayed this on their pillows at night before going to sleep, to give them a nice fragrance, so you can imagine that, there are uses for this, even beyond just spraying it in a room, where someone might be. in very close contact with the bacteria, “McQuiston said.

Now the researchers will go back to see if the patient in Texas could have bought the same brand of spray.

“There was no mention of this specific product or brand in the initial interview questions that I think states asked with those families,” McQuiston said. “I think there was a mention of a possible fragrance spray in the room of a family member of the Texas patient. So I think we’re going to try to go back and dig a little deeper.”

This is the hard part.

“We may never make that connection, since we’ve been away for several months now. The bottle may no longer be in the house, but I think an attempt will be made.” It’s probably not possible for the Kansas patient, who died in March, or the Minnesota patient, he said.

“But I will say that we have heard that both individuals had a history of using scented products or essential oils, so I think you can imagine the possibility that that link is there.”

CDC epidemiologists are often referred to as disease detectives, and this is an example of why.

“You weigh the thrill of being able to put the pieces of this puzzle together with, really, the terrible knowledge that two people died and four families were dramatically shocked by this,” McQuiston said. “And I really think that the knowledge of the gravity of this is what led our scientists to work so hard to try to solve this mystery.”

Mother who lost her daughter to covid-19 sent this message 2:16