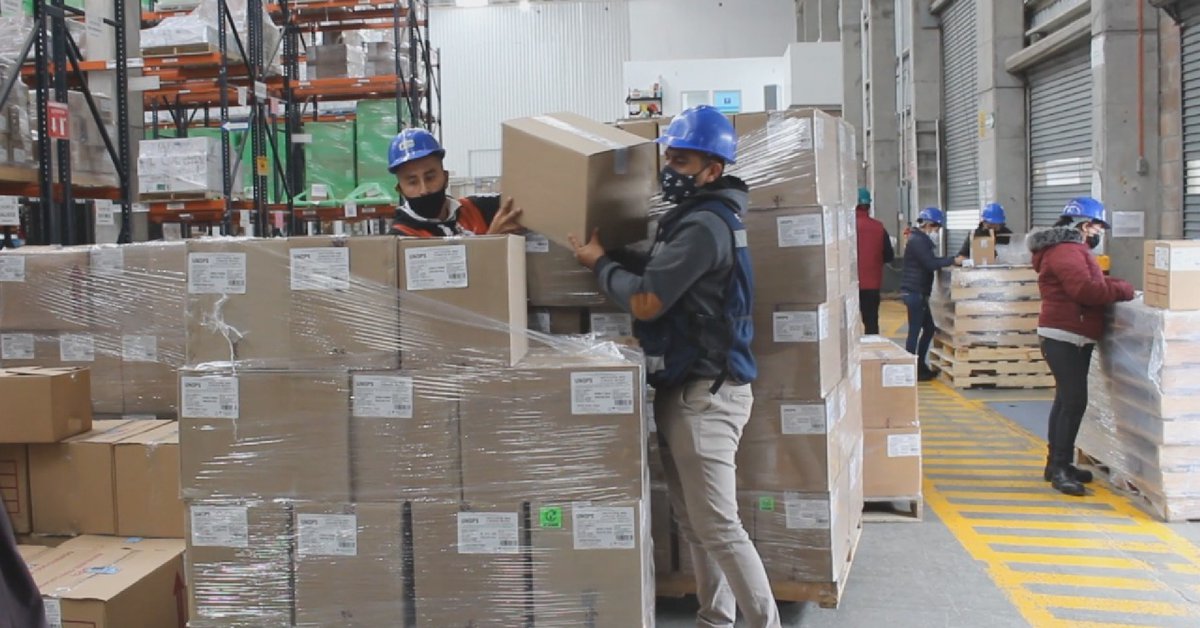 After several days of strong protests against the government of President Andrés Manuel López Obrador due to the lack of medicines in the public health system, the Health Institute for Well-being (Insabi), assured that the supply of the same is guaranteed in all the country.

Through a statement published Thursday night on social networks, the agency noted that the United Nations Office for Project Services (UNOPS) has delivered more than 40 million units of medicines and healing materials corresponding to specialties of: Pulmonology, Oncology, Psychiatry, Gynecology, Cardiology and Nephrology.

“Deliveries were made in the following institutions: Instituto Mexicano del Seguro Social (IMSS); Institute of Social Security and Services for State Workers, (Issste); Secretariat of National Defense (Sedena); Secretariat of the Navy (Semar); and Coordinating Commission of National Institutes of Health and High Specialty Hospitals (CCINSHAE) “

He even added that the supply of oncological drugs, for adults and children, to treat different cancer conditions is also guaranteed. Only from minors, 30 thousand pieces were distributed on June 28, among which are Cyclophosphamide, Methotrexate, Gemcitabine, Etoposide, Carboplatin, Paclitaxel and Cisplatin, and as it became known to a group of parents of children with cancer who manifested in the vicinity of the International Airport of Mexico City “Benito Juárez”.

In addition, they mention that there is continuous communication to let them know the progress of the purchases. However, the agency explained that it respects their mobilizations.

It was highlighted that since the beginning of the administration of President López Obrador, it has been a priority to guarantee free medical care and medicines to all people who lack health protection in Mexico.

Parents of children with cancer demonstrated outside Terminal 1 of the Mexico City International Airport to demand the delivery of cancer drugs (Photo: Cuartoscuro)

“The right to health is a reality in our country, for this, the agencies that make up the health sector, work in a coordinated way in the redesign of the supply of medicines”

In this regard, Omar Hernández, from the Association of Parents of Sick Children, expressed minutes after the statement in an interview with Milenio TV that the government is lying, because the problem was not solved, since the amount only lasts two weeks.

“It must be said that this medicine (30 thousand pieces) only lasts for 15 days. […] The president says that ‘first the poor’, because apparently that is not true, because the poor are the ones who are raising our voice today “

Sample of a box of oncological medicine to fight cancer (Photo: Cuartoscuro)

With the aim of breaking monopolistic practices with pharmaceutical companies from past six years, the López Obrador government made the decision to open the participation of bidders at the international level.

In the search for suppliers, contracts have been signed with manufacturers from India, China, South Korea, Italy, Argentina, Cuba, France, Japan, England, Canada, among others. However, the supply and quality of the drugs necessary to supply the Mexican market has not been guaranteed, especially for cancer patients.

Parents of children with cancer denounced Hugo López-Gatell to the FGR “We are going to give everything,” said Manuel Bartlett about the three years of AMLOL’s government. AMLO data: these are the results of the survey carried out by the Presidency three years after government “I’ll be up to par”: AMLO presented his third Government Report at the National Palace