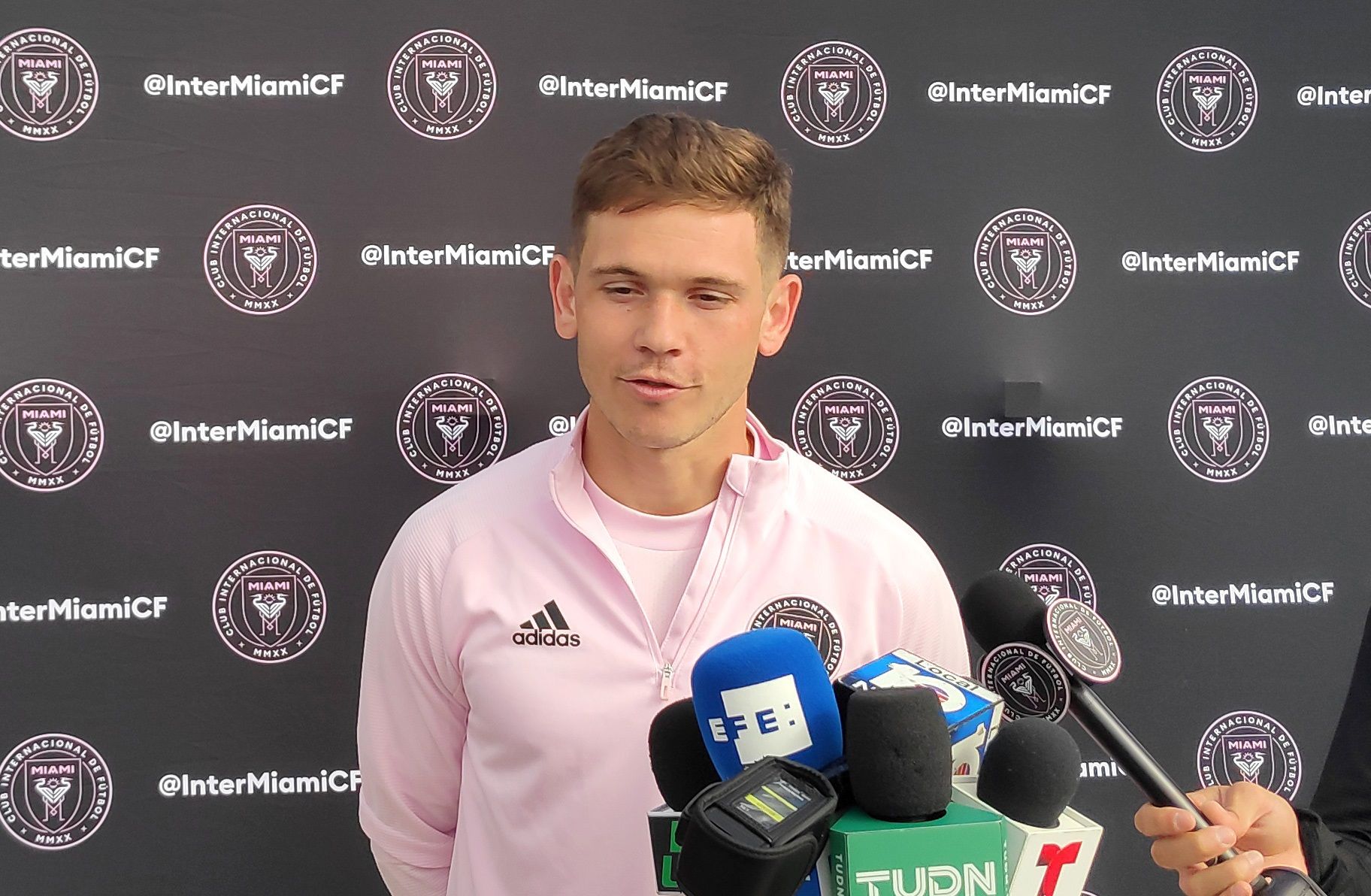 Fort Lauderdale (USA), Feb 10 (EFE) .- Inter Miami, the team of British David Beckham, began his training on Monday at his new complex for this purpose located in Fort Lauderdale (Florida), in the absence of two weeks for his debut in the Professional Football League of the United States (MLS). The team will begin its journey in the most important league in the country as a visitor next March 1 against Los Angeles FC, while its first home game It will be against Los Angeles Galaxy at the Fort Lauderdale Stadium, a city about 40 miles from Miami.“It is fantastic for us to see the construction of the stadium and feel part of the birth of the club. The truth is that we are happy and we feel represented in each of the things that they are doing, “said the Uruguayan Diego Alonso, coach of Inter Miami. The training complex is located in front of the field that Inter Miami is remodeling as provisional headquarters Awaiting to build its final stadium in Miami, these 50,000 square feet (4,645 square meters) facilities and 7 professional fields, which will be home to all Inter Miami teams, including MLS, USL League One and the Academy, still It has operators working on them. Once the construction is completed they will include kitchen, cafeteria, lounge, classrooms, gym, performance laboratory, hydrotherapy and treatment rooms, as well as tactical rooms and training rooms. Regarding the rumors that indicated the possibility that Monterrey CF player Rodolfo Pizarro was one of the new pieces of Inter Miami, Alonso said the Mexican “is very happy with his team “.” I don’t usually make statements about players that I don’t have. I’m just talking about players who train and are on the team, “said the Uruguayan. He also did not clarify the extent of the injury of Argentine striker Julián Carranza, who had to leave training last January 30, as they are still waiting of the medical results. For his part, the Argentine central defender Nico Figal expressed his desire to start playing and “wanting to make history” with the team, despite the difficulties he has with English. “With my partner I am knowing and it is getting a little complicated for the language issue, but we are solving them. For me as a defender it is very important to talk from back to front, “he explained. American midfielder William Trapp said that with this new training complex” a precedent is being set for this league, “since” a culture is being built from foundations “. In addition, Trapp praised the collective bargaining agreement for the next five seasons reached between the league and the players with which it will increase the budget for salaries, the number of charter flights to travel or that the players obtain greater benefits from the agreements with the media, among others. “All negotiations (…) are always difficult for the players because there is a lot of uncertainty and the fact that it has been resolved as it has done I think it is wonderful, and now we can only focus on the season, “he said. A few meters from the Fort Lauderdale airport, players have started their fourth pre-season week, which will conclude on Saturday with the club’s first friendly match against the Philadelphia Union of the USL. (c) EFE Agency