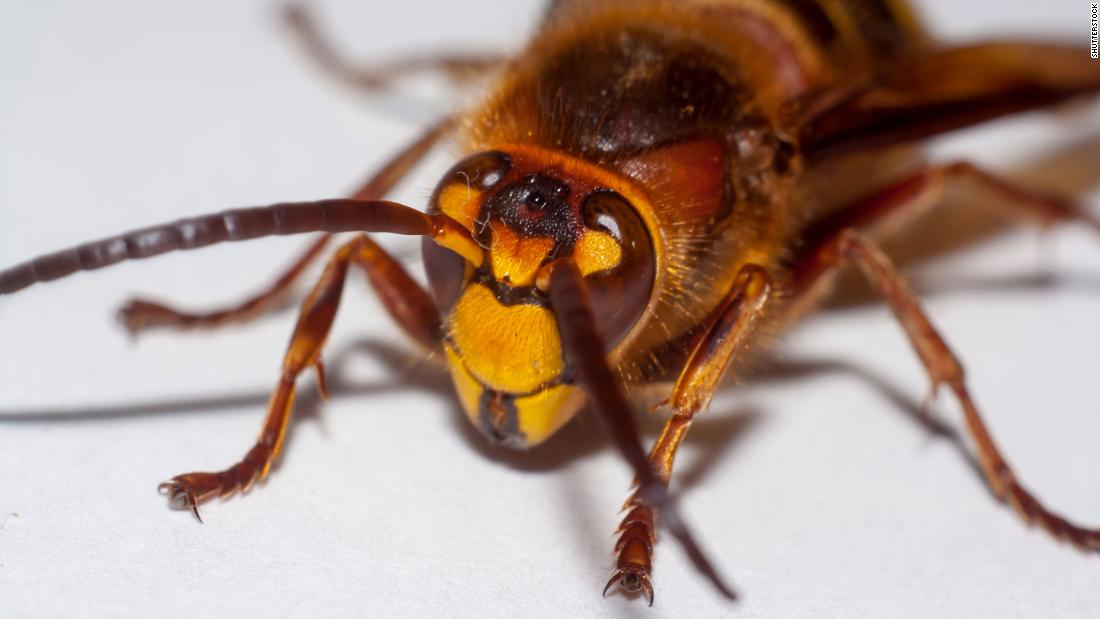 (CNN) – Just when you thought 2020 couldn’t get worse. We now have giant hornets with strange eyes and a poisonous sting to add to this year’s list of concerns.

For the first time, giant Asian hornets have been seen in the United States, specifically in Washington state, scientists say. Beekeepers have reported scores of dead bees with their heads torn off, an alarming picture in a country with a rapidly declining bee population.

At more than 5 centimeters long, they are the largest hornets in the world with a sting that can kill humans if repeatedly stung, according to experts from Washington State University. Researchers have nicknamed them “killer hornets.”

“They are like a monstrous cartoon with this huge orange-yellow face,” said Susan Cobey, a bee breeder in the entomology department at Washington State University, recently.

A size comparison between the Asian giant hornet and other insects

How did they get to the United States?

Sometimes they are transported in international cargo, in some cases deliberately, said Seth Truscott of the WSU College of Agricultural, Human and Natural Resources Sciences.

The giant hornet was first seen in the state in December, and scientists believe it began to activate again last month, when queens emerge from hibernation to build nests and form colonies.

“Hornets are most destructive in late summer and early fall, when they are looking for protein sources to raise next year’s queens,” said Truscott on the WSU Insider.

“They attack honey bee hives, kill adult bees, and devour bee larvae and pupae, while aggressively defending the occupied colony,” he added. “His bites are large and painful, with a powerful neurotoxin. Multiple stings can kill humans, even if they are not allergic. “

What should you do if you see one?

Agricultural officials in Washington state are asking beekeepers and residents to report any sightings of giant hornets. But don’t get too close. Its stinger can penetrate a regular beekeeper’s suit, and state scientists had to ask for special reinforced suits.

“Don’t try to remove them yourself if you see them,” said entomologist Chris Looney of the state Department of Agriculture. “If you run into them, run away, then give us a call! It is really important for us to know from each sighting, if we are going to have any hope of eradication ”.

When are they most destructive?

“The most likely time to catch Asian giant hornets is from July to October, when colonies are established and workers are looking for food,” the Washington State Department of Agriculture said in a statement. “The traps can be hung in early April if you try to catch the queens, but since there are far fewer queens than workers, it is not very likely to catch a queen.”

State officials set traps and launched an app to quickly report sightings, claiming that only a few hornets can devastate a hive in a matter of hours.

Bees pollinate plants that produce fruits, nuts, and vegetables, and are crucial to the nation’s food industry. The hornets’ attack runs the risk of decimating bees, which are already on the endangered list due to their large decline.