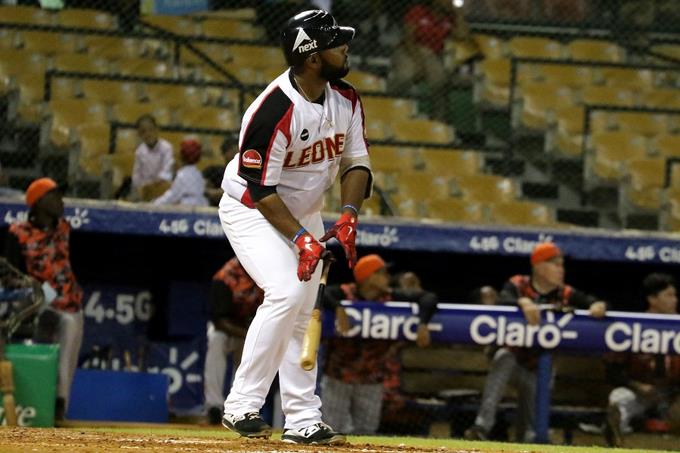 After being below the scoreboard, the Leones del Escogido rebelled in the seventh episode with a six-run rally to beat the Eastern Bulls 8-4 this Saturday at the Quisqueya Juan Marichal stadium, extending to 7-0 his undefeated in the 2019-2020 season of Dominican winter baseball.

With the victory, the Lions tie the best start for a Lidom team, which was established by the Azucareros del Este in the 1986-1987 campaign.

The cluster of scarlet annotations started against Cody Stull, whom Nellie Rodríguez homered in the left field with Melky Mesa on board after receiving a base on balls, which tied the actions.

However, the offensive hemorrhage of the hairy did not stop, since Miguel Gomez hit hit the left meadow, and was later replaced by Otto López. Christopher Sanchez entered to launch and granted a ticket to Will Kengor, who scored with López for a single by Iván Castillo to the left forest and defender Rubén Sosa's error fielding the ball.

Castillo walked in from the third with the seventh red lap thanks to a double to the safety zone of the right garden by Daniel Johnson, who moved to the anteroom by Josh Naylor's run for a second. A high sacrifice of Jimmy Paredes to the left forest brought Johnson to the rubber with the eighth of the Chosen.

After the game, the capitaleños remain firm in the first place of the table of positions of the championship, while the Bulls (1-6) remain in last place.

The winning pitcher was Rafael De Paula (1-0), who threw an inning of a punch and a hit. The loser was Stull (0-3), who allowed three of the seventh runs without removing a single batter.

The Romans scored a lap in the same first inning after bases for consecutive balls to Sosa, Jordany Valdespín and Yamaico Navarro granted by Neftalí Féliz, who was replaced by Henry Martínez, who immediately struck out Peter O'Brien, but a high sacrifice Jorge Mateo to the center pushed Sosa to the plate.

In the third against John Anderson, the visitors refilled the bases without out with a single from Sosa to the central forest, Valdespin's touch for the second and Navarro's infield-hit for the shortstop. Another high sacrifice, this time from O'Brien to the left meadow, brought the second race of the Bulls.

In the same lower part of the third, the hairy men made a couple of lines to tie the actions with Eliezer Álvarez unstoppable to the center, followed by another indisputable Gómez to the right garden, with which Álvarez anchored in the anteroom and then scored with a wild pitch Jorge Martínez, who took Gomez to the middle where he was towed to the register by Castillo's hit to the right forest.

The bullfighting team produced a couple more scores in the fifth chapter with a double by Michael Pérez between the left and central meadows, which prompted Bryan De La Cruz and Navarro, who had connected consecutive incogibles by opening the inning.

For the Chosen, Rodriguez went 2-2, with a homer and two RBIs; Gomez, 3-3 with one scored; Castillo, 4-2 with two produced and one scored, and Álvarez, 2-1 with one scored. By the Romans, Navarro went 3-2, with scored and transfer; Sosa, 4-1 with ticket and two scored, and Pérez, 4-1 with double and two pushes.

The Lions will go to La Romana this Sunday for the first time this season to face the Eastern Bulls at 5:00 pm at the Francisco A. Micheli Stadium.