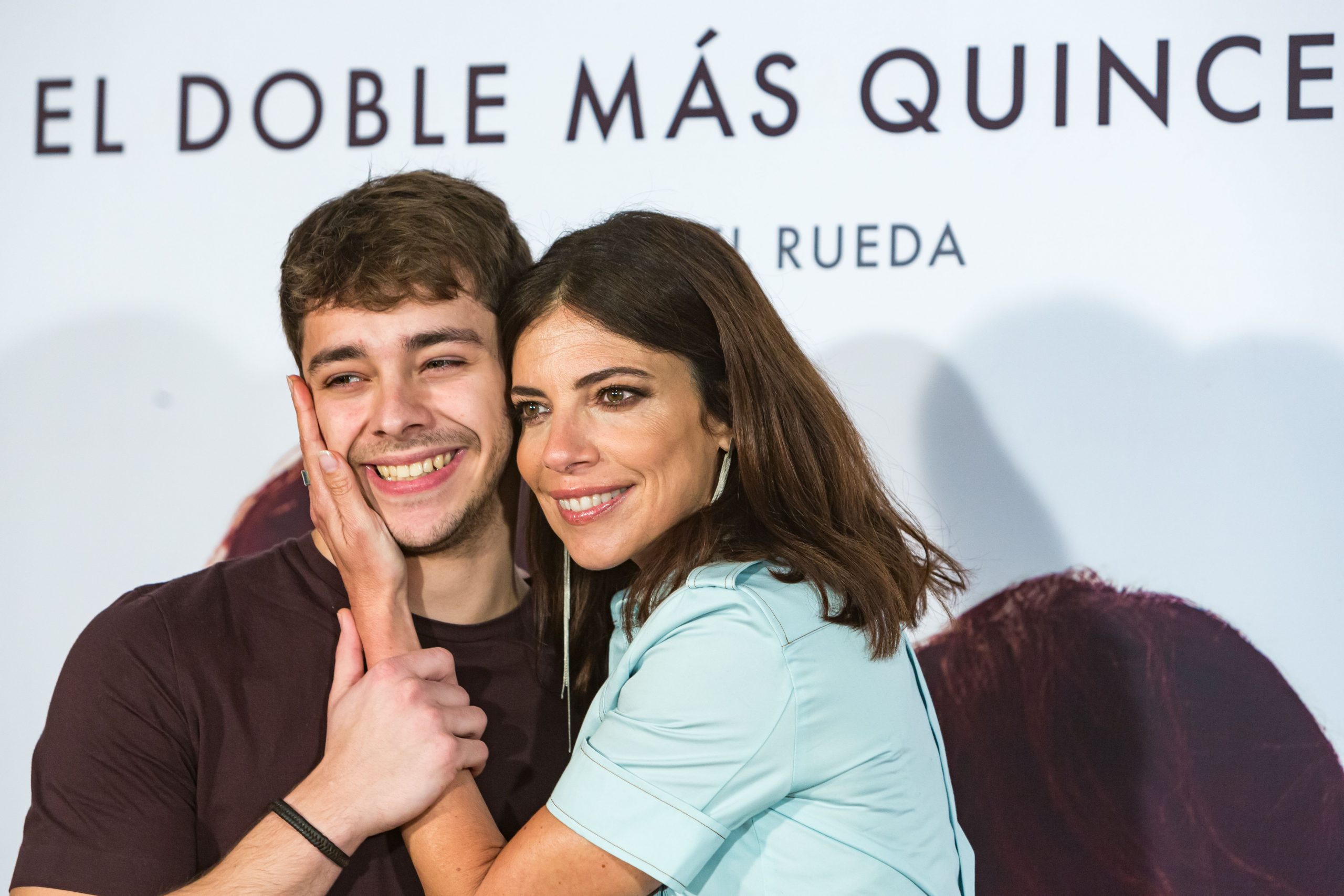 Maribel Verdú decided since she was little that she did not want to follow the patterns that society imposes on women. This, in part, has helped her choose a series of roles and stories that have enamored her, as well as her audiences. Now, the Spanish appears in a film in which her character will spend 24 hours with a young man over 30 years younger. Verdú stars in ‘The double plus fifteen’, a film in which a woman of almost 50 years and a young teenager They meet through a sexual chat in which both have lied about their ages. The two end up spending the day together, reflecting on their lives, loneliness and finding an unexpected connection that, it seems, has caused controversy among their spectators.Two lonely soulsThe Mikel Rueda film premieres next week in Spain and was shown by First time at the Malaga Film Festival. Starring Maribel Verdú and Germán Alcarazu, the story finds a woman who seems to have everything in life, with a young teenager who understands her loneliness much better than her husband understands. The 24-hour meeting unites Ana and Eric, two protagonists “wonderful, brave, lonely, who reflect on life, cowardice, death and the passage of time” for a day somewhere in Bilbao. Maribel talked about the great age difference between the characters, stating that a young man can sometimes give more than a “uncle of 50 stunned.” You may also be interested: Eva Mendes wants to play a villain from the Disney factory The actress believes that Many can be seen reflected in her character, a woman who seems to have everything, but still feels invisible. “Women who have a career, a job, children, a seemingly wonderful life, but who are invisible due to the norms that society has imposed on them,” Verdú describes. Maribel countercurrent Despite loving the project deeply, Maribel confesses that he does not It looks nothing like Ana’s character. “If I look anything like her it is to be brave and go against the tide to dare to get out of that routine and throw the blanket on her head,” said the actress, who wanted to get away from the rules since I was a child. “I’ve wanted to run away from all that since I have reason,” he says, adding that following the patterns of this society “doesn’t interest him.” His audience is important, but it’s not the only thing. The actress has no plans to stop participating in these small independent projects that may not be widely seen, but continue to fall in love with her stories and collaborations. In fact, he says he has never worked for his viewers. “If so, I wouldn’t have done half of the movies I’ve done,” says the independent film lover. “I would be making Disney movies all day.” However, it seems that this will not be a problem, since the actress assures that she can not stop making independent films, since they captivate her and fall in love. You may also be interested: The director of ‘Parasites’ appoints the 20 essential directors for the future of cinemaThe impressive trajectory of VerdúThe Spanish has an intimidating trajectory of more than eighty films in which she has worked with some of the most important names in entertainment. In addition, he says that almost all of these collaborations have been quite friendly, with only two exceptions with directors with whom he simply failed to get along. Among all the directors with whom he has worked the winner of two Goya awards and the National Cinematography Award Some of his favorites are Alfonso Cuarón, Guillermo del Toro, Fernando Trueba, Francis Ford Coppola, Gracia Querejeta, Pablo Berger, Gerardo Olivares and Emilio Martínez-Lázaro. ‘The double plus fifteen’ will have its great Spanish premiere on February 28 This year, but we will have to wait to see when it will be released in other countries or on digital platforms.