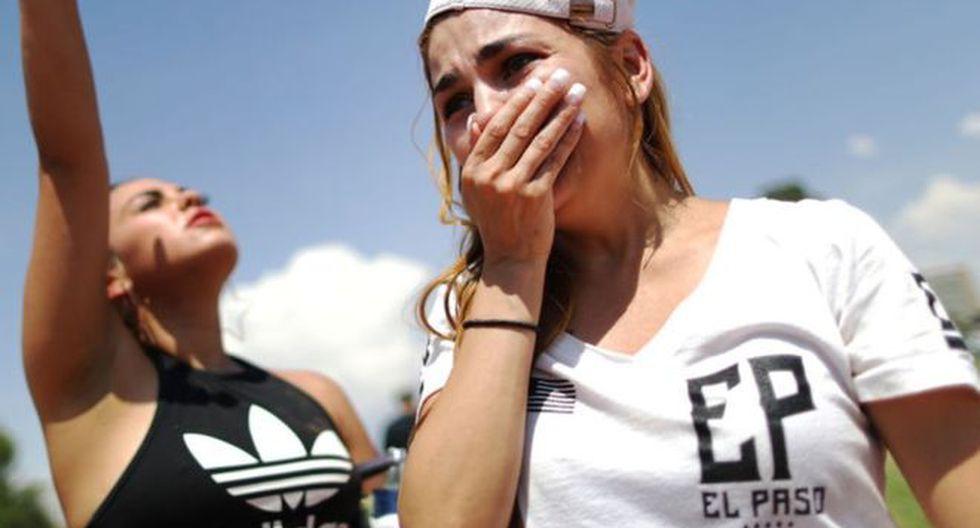 The worst attack in recent US history against Latinos occurred this year.

The aggressor, a 21-year-old white young man named Patrick Crusius, has been singled out as a white supremacist who wanted to shoot "against Mexicans" and who spoke of a "Hispanic invasion" in the state of Texas.

► COP25 will be held in Spain, confirms the United Nations agency

On the morning of Saturday, August 3, Crusius entered a WalMart store in the Mexican border city of El Paso and killed 22 people, in addition to injuring more than twenty.

Most of the deceased were of Latin origin, in a city where this community constitutes 80% of the population and in which English and Spanish coexist equally.

The attack caused fear in the Latino communities of the United States. and raised questions about the government's efforts to combat domestic terrorism and the groups of nationalism and white supmacy.

The El Paso shooting was the most tragic and extreme incident. But often there are new testimonies of Latinos who report being insulted for speaking Spanish in public or in the workplace or face comments such as "return to the country where you came from."

BBC News analyzes statistics around hate crimes in the US and to what extent Latinos are affected.

Is it a growing phenomenon?

According to official figures, yes.

However, not only the number of victims of crimes against Latinos has increased since 2015; also the general figures, according to the US Federal Bureau of Investigation. (FBI).

A review of these figures from 2007 to 2017 shows that victims of anti-Hispanic hate crimes did not constitute 10% of the total number of victims in any of those years.

The incidents considered anti-Hispanic, however, constitute about half of all hate crimes due to ethnicity issues reported in the US. since 2004, according to FBI figures.

Which means that, within ethnic groups in the country, Latinos are the ones that have been most affected.

It must be taken into account that the research agency includes Hispanics or Latinos in the category of ethnicity and not race.

The number of victims of hatred for their race, mostly African Americans, exceeds that of those assaulted by their ethnic group or origin.

The FBI records offenses such as vandalism, intimidation, aggression, theft, rape, murder, among others. It does not specify, however, if the victims were assaulted for speaking Spanish.

Do the FBI statistics reflect the whole reality?

No, because the FBI only compiles and publishes annual statistics based on numbers that local police agencies voluntarily submit.

Only 12.6% of the agencies indicated that hate crimes occurred in their jurisdictions in 2017. Miami and Las Vegas police, for example, reported zero complaints, according to TheNew York Times in November last year.

One problem, the International Association of Chiefs of Police (IACP) has pointed out, is that some police departments do not have adequate training to identify and report hate crimes.

This has led, year after year, activists and NGOs to look at these statistics with tweezers.

"These reports give us an indicator of what is happening in the communities, but they are certainly not exhaustive," Andrea Senteno, of the Mexican American Legal Defense and Educational Fund (MALDEF), told BBC Mundo. .

"More fundamental than this is the fact that there are people who don't feel comfortable reporting crimes to their local agencies," he warned.

The other government agency that compiles data on hate crimes is the US Department of Justice, through a survey in which, in addition to FBI data, they also include incidents that were not reported to the police.

About 54% of people who said they had been victims of hate crimes in the survey did not report the incident to the police between 2011 and 2015, according to their most recent report.

During the same period, Latinos experienced a higher rate (1.3 per 1,000 people) of hate crime victimization than non-Hispanic whites (0.7) and African-Americans (1.0).

Almost all victims (99%) cited the use of offensive language by aggressors as evidence that the crime was motivated by hate.

Are Latinos more affected than other demographic groups?

According to US government statistics, no.

Hate crimes against African Americans have historically been more numerous and the trend continues.

Likewise, of the total victims of hate crimes in all categories the same year, almost 60% of the victims received offenses motivated by their race or ethnicity.

Below the statistics of the race or ethnicity category, the most numerous hate crimes are related to religion (especially incidents against Jews) and sexual orientation.

Apart from race or ethnicity, the most numerous hate crimes are related to religion (especially anti-Jewish incidents) and sexual orientation. Photo: Getty images, via BBC Mundo

Experts warn, however, that in recent years Latinos have become one of the minorities with the highest risk of hate attacks.

“When you have white supremacists who subscribe to a 'replacement' doctrine, going against Latinos seems to be the most obvious,” says Brian Levin, director of the Center for Studies on Hate and Extremism at the State University of California at San Bernardino (CSHE, for its acronym in English).

In addition, the expert adds, "the issue of immigration is very contentious at a time when the country is polarized."

Last July, the FBI admitted that extremist violence is on the rise in the US. and that most of it is motivated by some form of white supremacist ideology.

Source: BBC World How much has Trump's influence come to power?

The month of November 2016, in which the US presidential election was held, registered an unprecedented number of hate crime reports in the 10 most populous cities in the country, according to FBI statistics analyzed by the CSHE.

The most affected by the phenomenon were Latinos, according to a 2018 report by the CSHE.

There are those who point out Trump's speech about immigration as a factor that fuels a hostile climate against Latinos in the US. Photo: Getty images, via BBC Mundo

The center noted that in the first two weeks after the election 34 anti-Hispanic crimes were reported in these cities, an increase of 176% over the daily average.

This was the highest percentage compared to those of hate crimes against blacks, Arabs / Muslims and against whites; All these below 100%.

There are those who point out that these attacks, including that of El Paso, have been influenced by President Trump's anti-immigration rhetoric.

President Trump described the caravans of migrants from Central America as an "invasion." Photo: Getty images, via BBC Mundo

In addition to stricter immigration policies and the promise of building a large border wall with Mexico, the president has referred to an "invasion" of the caravans of immigrants to the US.

In addition, Trump began his campaign for the presidency by qualifying Mexicans as people who brought "drugs, crime," and who were "rapists and murderers."

A speech with which white nationalist groups sympathize.

After the shooting of El Paso, the president urged to condemn "with one voice racism, fanaticism and white supremacism."

In California alone, for example, which is the state in which most Latinos live in the country – 15 million – and who often opposes Trump's policies, has he seen a steady increase in anti-Hispanic incidents in the last three years, as reported by local authorities.

What do Latinos say?

Four out of ten Latinos (37%) reported having suffered discrimination during 2017, according to data collected from a survey conducted by the Pew Center to 1,500 Latinos last year.

Respondents mentioned having been criticized for speaking Spanish (22%) or having received comments that they would return to their countries of origin (20%).

In the United States there are an estimated 41 million Latinos who speak Spanish at home, according to Pew. This makes that language the most spoken in the country after English.

The survey also reveals support for this community. 37% of respondents said they received supportive expressions from strangers because they were Latino.

Worked 2 ER shifts this week. One, I was called racist slurs and told “I should take myself and my Mexican immigrant doctors and go back to Mexico.” Last night, my tech and I were threatened by a patient. Yelling about killing us. What other field would this be tolerated in?

I thought that living in a city like New York protected me, but today leaving the theater a woman shouted at me to stop speaking in Spanish and tried to grab me. Luckily I am fine and did not reach more …

Despite this, most respondents (62%) said they were dissatisfied with the direction the country has taken, citing reasons such as President Trump and racism, in addition to the economic situation and immigration policies.

Are there hate groups against Latinos in the United States?

There are anti-immigrant hate groups, according to the Southern Poverty Law Center (SPLC), which monitors what it refers to as hate groups and extremists.

The center lists 17 organizations and associations that "generally promote racist propaganda" against immigrants.

The list includes groups such as ProEnglish, which has been promoting laws that make English the official language of the United States for decades. under the argument of "assimilation" to the country.

The SPLC, however, points it out as a group "with a history of racism" that seeks to discriminate and has white nationalists among its members. 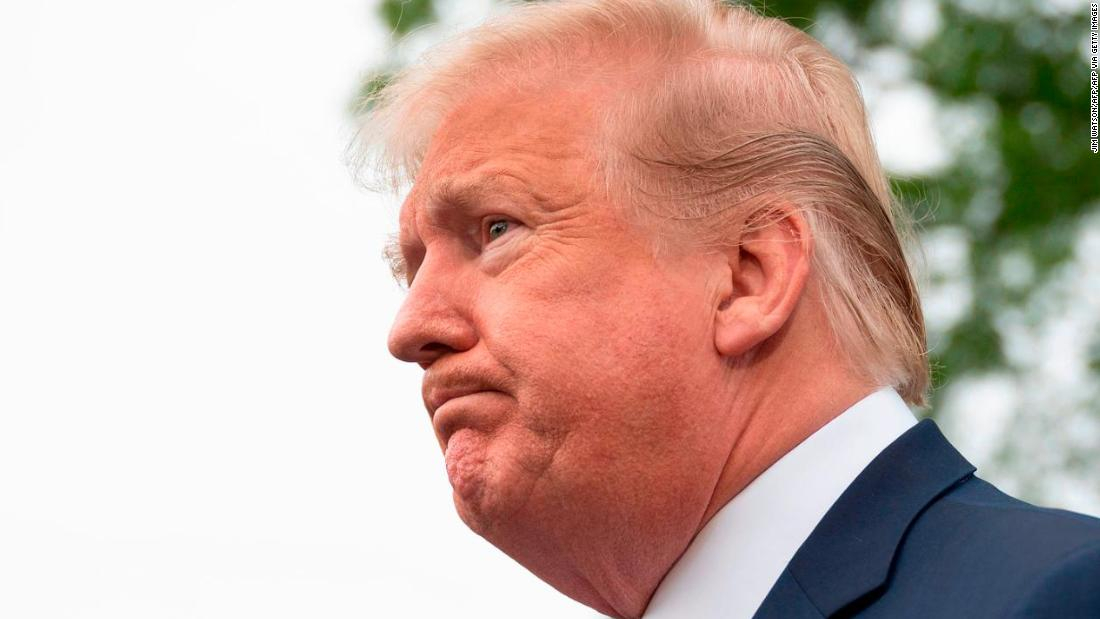 Donald Trump Insists He Has Authority To Order Reopening