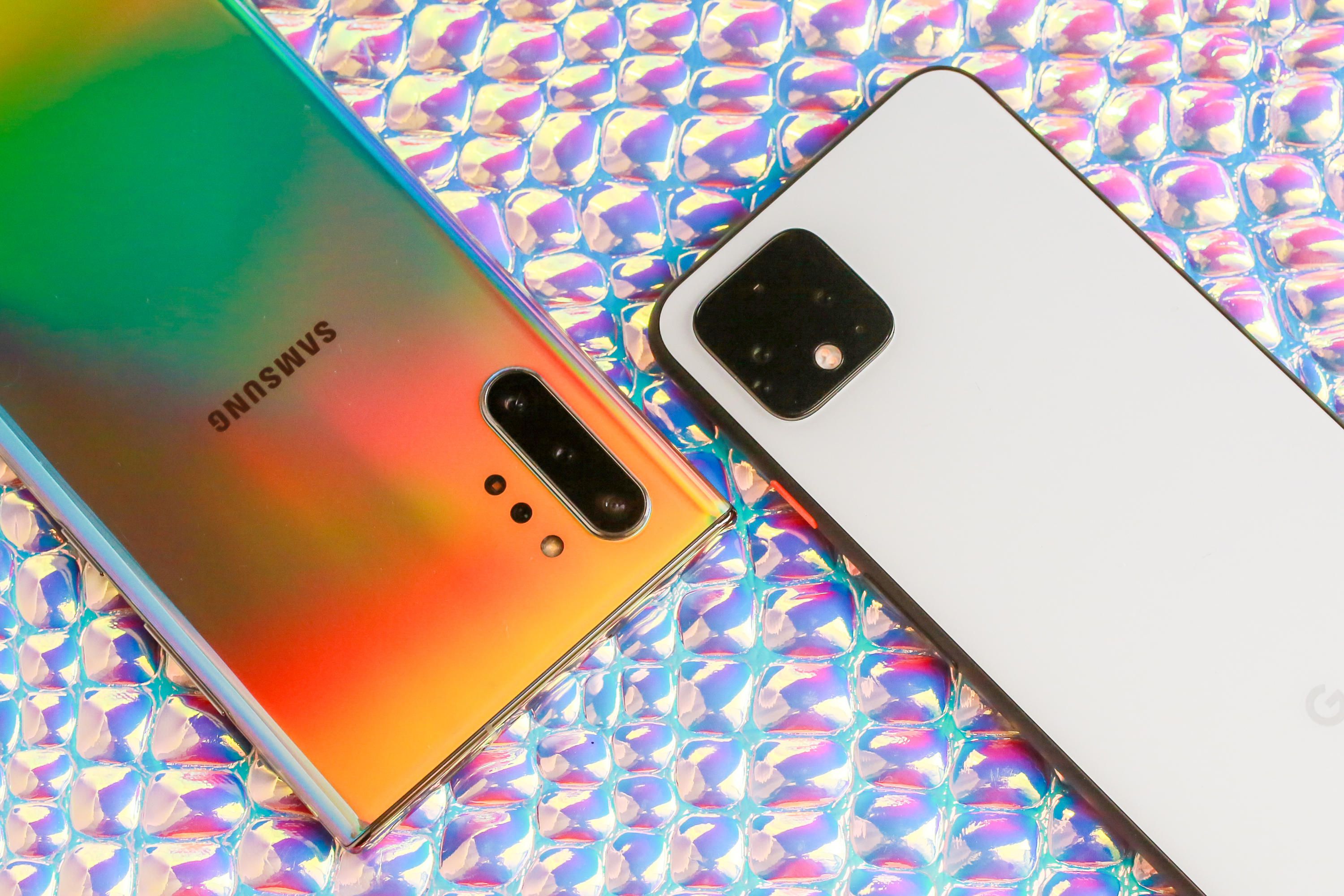 The Pixel 4 XL (left) and the Galaxy Note 10 Plus are one of the most advanced cell phones on the market, but they are not perfect.

The Google Pixel 4 and Pixel 4 XL are already in presale and will be available on October 24.

The Pixel 4 and Pixel 4 XL are among the first to be able to update the new versions of Google's operating system, such as Android 11.

Samsung, meanwhile, has never been the fastest to update the operating system of their phones and I would not expect that to change with the Galaxy Note 10 and Note 10 Plus.

Features that show the future of Android

Google has turned Pixel phones into a platform to release features that will later reach other Android devices. For example, Pixel phones released the new Google Assistant and even the possibility of Assistant making calls to restaurants to make reservations, among others.

On this occasion, the Pixel 4 release a new Google Assistant and Live Caption (real-time transcription of videos), among other things, that can reach other phones, but later.

In this sense, a Pixel 4 offers the possibility of enjoying functions before users of other phones receive them and thus allows its users to have a vision of the path that Android will take.

The Galaxy Note 10 does have a Google Assistant, but you will have to wait a while to receive the new assistant, the Live Caption, and it may be necessary to wait years to have the car accident detection function.

The reasons to buy the Pixel 4 instead of the …

The Galaxy Note 10 and Note 10 Plus have some of the best cameras on the market, but with the history of Google cell phones, the least I could expect is that the main camera of the Pixel 4 and Pixel 4 XL will be one of the most reliable, if not the most reliable on a cell phone today.

Since the first generation of Pixel, Google has surprised with its cameras and although the competition has also improved its cameras, the constancy or frequency (in different scenarios) with which the Pixel cameras achieve good photos is greater than the competition.

Although these are the things in which the Pixel 4 would clearly beat the Galaxy Note 10, we must bear in mind that Samsung phones also have their advantages. For example, having three cameras offer you more versatility and have more storage, offer microSD slot (in the case of Note 10 Plus), have more attractive and impressive designs and many more functions.

The frustrations of Pixel 4 and Pixel 4 XL Base Storage

The Pixel 4 have just 64GB of storage, in its basic version. Yes, it is the same thing that Apple offers with the new iPhones, but comparing apples with oranges is not appropriate since with the iPhone you have limited options, while with Android there are many options.

Pixel 4 and Pixel 4 XL: Unboxing of the new cell phones …

Without unlimited storage of photos and videos in original quality

Previously, a compensation for the little storage of the Pixel – in addition to not offering microSD slot, like many of its Android rivals – was that it offered unlimited storage in Google Photos (in the cloud) photos and videos in original quality. Google, however, changed this with the Pixel 4.

Actually, you only have unlimited storage of photos and videos in "high quality" like all kinds of Android phones and even iPhone. This makes the photos and videos compressed (they lose some quality) so that Google can save space on their servers.

Google offers 3 months of Google One with the Pixel 4, which gives you 100GB of cloud storage.

Although this sounds like good news, the problem is that after three months your limit will be reduced to only 15GB which is what every user gets on Google Drive.

If you used more than 15GB of storage during those three-month trial on Google One, you would not lose that data or files, but Gmail may not allow you to receive or send messages because by exceeding the 15GB maximum quota you have on Google Drive (with your Google account), the operation of the mail service is tied to that storage.

For everything to return to normal you will be forced to erase things to go down to less than 15GB of use or simply pay monthly for cloud storage; that is, they offer a service for you to subscribe later.

These are my main frustrations with the Pixel 4, which does not mean that it is necessarily a bad cell phone. We will have our analysis soon in which I will not only talk about these frustrations, but also what is remarkable about that device and what it offers in a market where there are many options.

In our latest podcast – which you can listen to at the top or on Spotify, Google Play Music and iTunes (you can subscribe here) – I also speak all the products that Google announced at its event, including Nest Wifi, Nest Mini, Pixelbook and Pixel Buds In addition, he talked about the arrival of Android 10 to the Galaxy S10 and the arrival of the Huawei Mate X and Galaxy Fold 2 with significant improvements.

Each new episode of Android Update is broadcast live on Facebook Live (on our CNET page in Spanish) every Thursday if it is not postponed for any reason— at 4 p.m. Pacific time (7 p.m. Eastern time) in the United States and not only do we tell you the most important news from Android, but we also show you first-hand products and answer your questions live.