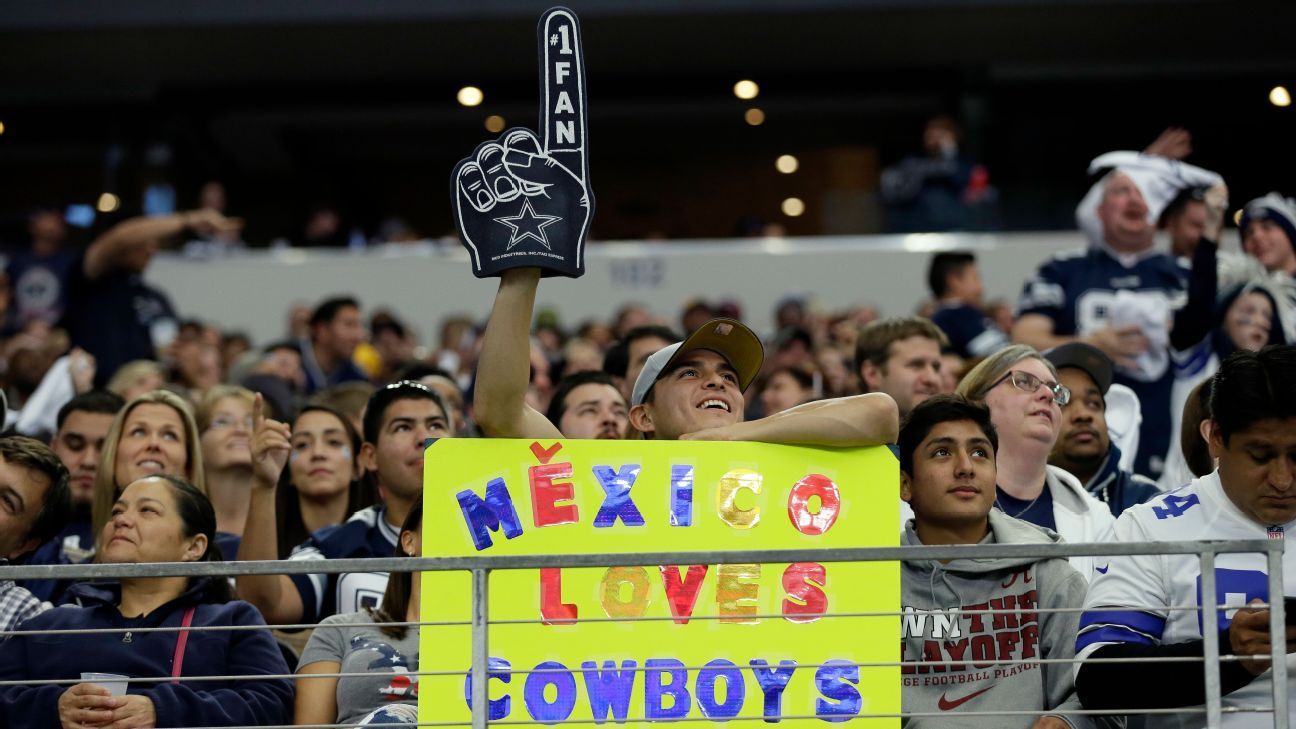 The Dallas Cowboys’ relationship with Mexico is, without a doubt, perhaps the closest an NFL team has to its fans. There will be those who put the Pittsburgh Steelers in the conversation, but the set with the most presentations south of the border is precisely that of the lone star in the helmet since they have multiple appearances at the Azteca Stadium and another at the University Stadium of Monterrey. Now, with the incorporation of Isaac Alarcón, there is a serious “threat” to regain the place of honor that the New England Patriots have taken from him in recent years.

A study by Forbes in 2019 indicated that the most valuable franchise in the world appears only behind the Massachusetts team in popularity in Mexico, despite the fact that for years it dominated that table, and its competition was previously reduced to the Steelers, San Francisco 49ers, Oakland Raiders (today Las Vegas), Miami Dolphins, but today the cake is shared by the Patriots, the Cowboys, Pittsburgh, the team from Sin City and the Green Bay Packers, so they have always had the formula to rank between The Mexican fans like it, but now they are giving a coup of authority to regain the place of honor on the podium by adding Isaac Alarcón, a graduate of the Tecnológico de Monterrey.

Texans, with figures like Roger Staubach, Troy Aikman, Tom Landry, Emmitt Smith, Michael Irvin, Deion Sanders, Drew Pearson, their proximity to the border, their multiple titles, the first broadcasts in the 70s and other factors make them a Very attractive team for fans of the sport of tackles who want to start the trip to see an NFL game and now it is added the factor that have opened the doors to a Mexican element through the NFL International Pathway, which fuels the The illusion of seeing a student who was forged in the national team members wear one of the most emblematic uniforms in the world of sport, just as other players such as Rafael Septién (1978-1986), Luis Zendejas (1987) did at the time. -1988) and more recently in a preseason game Marco Martos (1988) at the Colossus of Santa Úrsula.

Today, in an interview with ESPN, Isaac Alarcón even recognized being a fan of the “empire” that Jerry Jones manages from a young age. “I was really excited because I was a fan of the Dallas Cowboys before and now I could be a player (of that team), so I totally see this as a miracle, I am super grateful to God you are going crazy.”

Now, the Borregos offensive tackle – from his trench – will seek to return his favorite team to the number one spot in the country while fulfilling his “miracle” of training and fighting for a spot on the Cowboys roster.