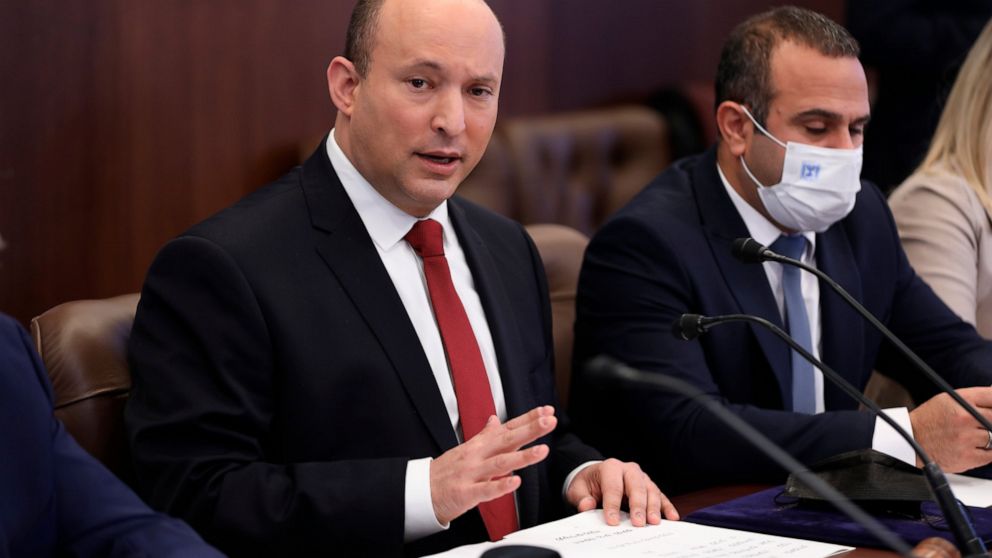 JERUSALEM (AP) – Israeli Prime Minister Naftali Bennett on Sunday urged parents to vaccinate their children against COVID-19 as the new omicron variant shows signs of spreading, as authorities prepare to expand restrictions on trip to include the United States.

In a televised address, Bennett said the number of infections with the new variant remains relatively low, in part thanks to previous measures to restrict the entry of most foreigners into the country. However, he also indicated that it is only a matter of time before the numbers start to rise.

“The fifth wave has already started,” he said.

Bennett noted that it was especially crucial for parents to take their children for vaccinations. Israel last month began offering the vaccines for children ages 5 to 12, but authorities say the vaccination rate among that age group remains disappointingly low.

“The pediatric vaccine is safe, and it is the responsibility of the parents,” he stated.

“A parent who has been vaccinated three times also needs to protect their children. Do not leave your children exposed and vulnerable to the arrival of omicron ”, he added.

Forecasting a spike in infections in the coming weeks, Bennett said the government is working on new safety recommendations. Meanwhile, he urged people to practice social distancing, wear masks and work from home whenever possible. Before taking office in June, the prime minister strongly criticized his predecessor, Benjamin Netanyahu, for imposing lockdowns that hurt the economy enormously.

Israel launched a massive vaccination campaign this year, and today more than 4.1 million of the country’s 9.3 million people have received the third dose of the Pfizer / BioNTech vaccine.

Israel’s Health Ministry has reported at least 134 confirmed cases of omicron since the variant emerged in late November. The Haaretz news site reported Sunday that 17 infected people arrived on a single flight from Miami, most of them with the omicron variant.

As the variant emerged, Israel practically closed its borders last month. Foreigners are prohibited from entering the country, and Israelis arriving from abroad must be quarantined, including those vaccinated.

Israel has also “red-listed” dozens of countries with high infection rates, prohibiting Israelis from traveling to those nations. Health authorities on Sunday recommended adding the United States and Canada to that list, and the decision is slated to take effect on Wednesday.

Israel has recorded at least 8,232 coronavirus deaths since the pandemic began.