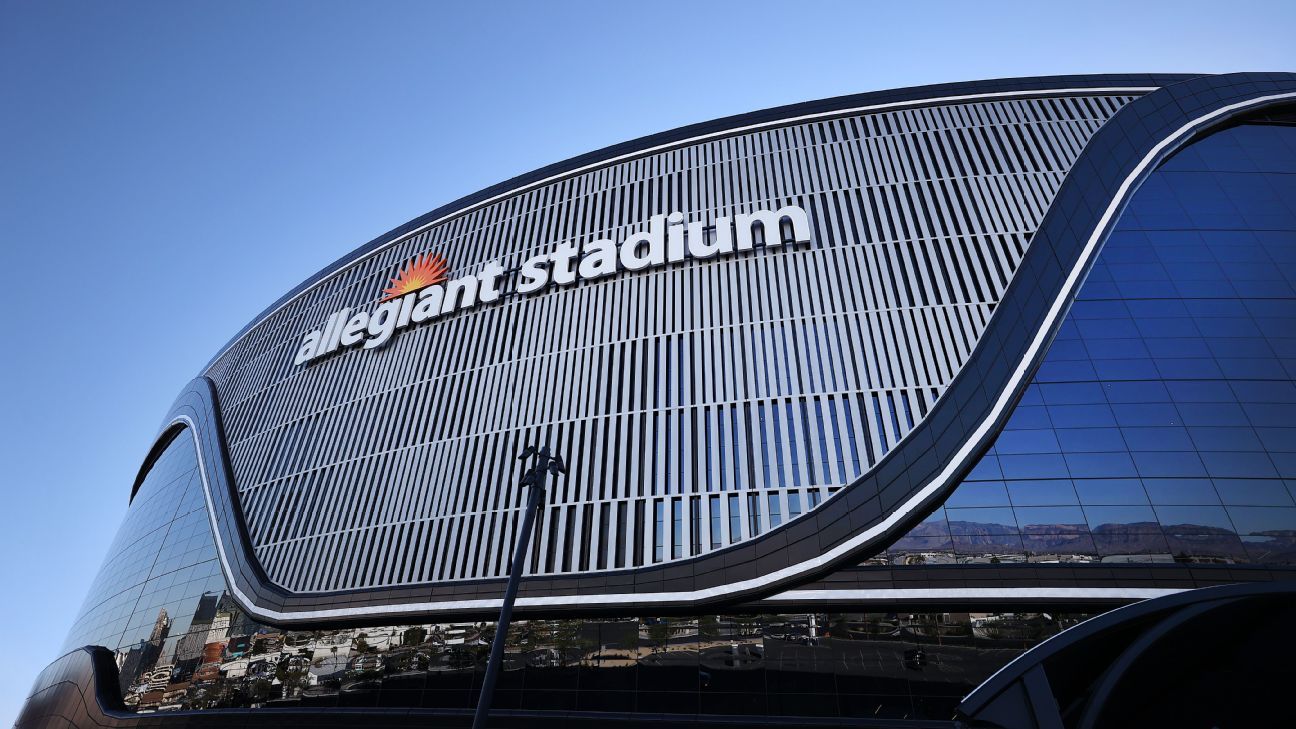 Allegiant Stadium, home of the Raiders, will host the NFL’s biggest annual game in February 2024

“The Raiders are excited that the National Football League has selected Las Vegas to host Super Bowl LVIII in February 2024. Hosting the 2022 Pro Bowl, the 2022 NFL Draft, and now the 2024 Super Bowl are just a few of the benefits from the public-private partnership we created with the state of Nevada to bring the Raiders to Las Vegas and build Allegiant Stadium. It’s just the beginning … but for now … Las Vegas .. The Super Bowl is coming to the Sports and Entertainment Capital of the World! “

The Allegiant Stadium of the Las Vegas Raiders has been designated as the site of Super Bowl LVIII, to be played in February 2024. Getty Images

A commemoration of the official announcement using the lights of the Las Vegas Strip is expected to take place at dusk Wednesday.

The Raiders moved to southern Nevada from Oakland in 2020 to play at Allegiant Stadium, which cost $ 2 billion to build, with the expectation that the 65,000-capacity building could host future Super Bowls.

While Super Bowl venues are supposed to have a minimum capacity of 70,000 fans, more seating or standing places may be added in the area under the Al Davis Torch, as well as at the Wynn Field Club at the other side of the north end zone.

The Raiders play their games on natural grass, which enters the stadium on a mobile platform. However, UNLV plays on an artificial court that effectively reduces the playing surface, which could provide the addition of a lower section of seating. It’s also possible that the NFL could change the rule requiring 70,000 Super Bowl spots.

The next two Super Bowls are scheduled to be played at SoFi Stadium in Inglewood, California, on February 13, 2022 and at State Farm Stadium in Glendale, Arizona, on February 12, 2023, before arriving in Las Vegas, giving to the game three consecutive venues in the west of the country.

Super Bowl LVIII was originally headed to the Caesars Superdome in New Orleans before a scheduling conflict required the plan to be pushed back a year, to 2025.

This is a huge turn of events for the gaming mecca, which in years past couldn’t have commercials of the city as a tourist destination during the Super Bowl broadcast. That policy has been relaxed with the league’s change of view on legalizing gambling and the move of the Raiders to Las Vegas, a move that took three years to complete.

Las Vegas will also host the Pro Bowl on February 6, 2022 and the NFL draft on April 28-30. The draft was originally scheduled to take place at Allegiant Stadium in 2020 before the pandemic forced the ceremony to take place virtually.

Information from Paul Gutierrez was used in the writing of this note.