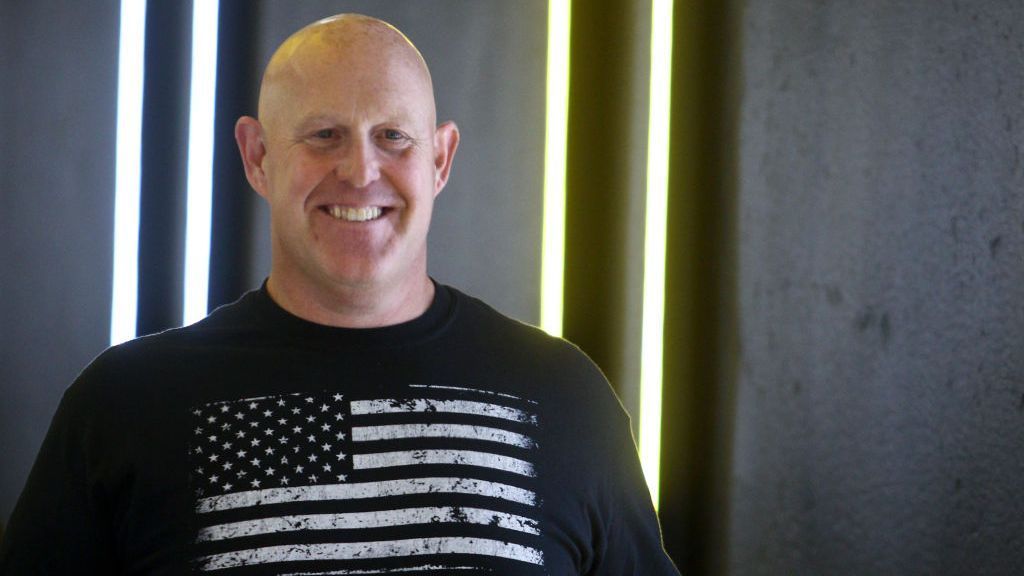 JACKSONVILLE – Jacksonville Jaguars director of athletic performance Chris Doyle, a former strength coach for the University of Iowa who was accused of racist comments and player harassment during his time at the school, resigned Friday night, just hours after the organization was criticized for the hiring, by the Fritz Pollard Alliance.

Jaguars head coach Urban Meyer and general manager Trent Baalke issued a statement saying the team erred by failing to properly consider the impact of the hiring of Doyle, who had reached a separation agreement from Iowa in June as result of the allegations made by several African American players.

Chris Doyle was accused of discriminatory and racist attitudes during his time in Iowa. Getty Images

“Chris Doyle came to us this afternoon to present his resignation and we have accepted it,” the statement read. “Chris did not want to be a distraction from what we are building in Jacksonville. We are responsible for all aspects of our program and, in hindsight, we need to be more thoughtful about how this designation may have affected everyone involved. We wish him well. better as he continues on in his career. “

The move came hours after Fritz Pollard Alliance CEO Rod Graves lashed out at the Jaguars and Meyer for hiring Doyle.

“At a time when the NFL has failed to resolve the problem of racial hiring practices, it is simply unacceptable to welcome Chris Doyle to the ranks of NFL coaches,” Graves said in a statement. “Doyle’s departure from the University of Iowa reflected a full tenure with poor judgment and mistreatment of African American players. His conduct should disqualify him from the NFL, just as it did in Iowa.

“Urban Meyer’s statement, ‘I’ve known Chris for close to 20 years,’ reflects the network of good guys that is precisely why there is such a disparity in employment opportunities for African American coaches.”

The Fritz Pollard Alliance is an organization that aims to promote diversity in the NFL. It is made up of scouts, coaches, and management personnel in the NFL, as well as other professional sports.

Urban Meyer justified the hiring of Chris Doyle on the basis of a personal relationship of “close to 20 years.” Icon Sportswire via Getty Images

Doyle’s hiring generated an immediate backlash Thursday, when the team announced the move as part of Meyer’s full pool of assistants.

A number of allegations came from African American players and revolved around the way Doyle treated them, as well as the use of racist language. Meyer said Thursday that he investigated Doyle, had some intense conversations with him, and was confident there would be no problems down the road.

“I approve of everyone on our staff, and like I said, the relationship goes back about 20 years and a lot of tough questions were asked, great scrutiny of all of our attendees,” Meyer offered. “We did a lot of research there.

“… I met with our staff and I will be very transparent with all the players as I am with everything. I will listen carefully and learn and there will also have to be some confidence in their head coach that we are going to give them the best of what better and time will tell. … The allegations that occurred, I will say [a los jugadores] I investigated it. I’ve known the person for about 20 years, and I can assure you there won’t be any of that at the Jaguars facility. “

Disney, Pixar, Marvel, Star Wars and National Geographic all in one place. It is now available. Subscribe NOW.

The issues were not strictly related to race.

Former Iowa offensive lineman Jack Kallenberger wrote on social media last year that he retired from football in January 2019 after feeling discouraged by what he described as bullying related to a learning disability. Doyle was among the coaches he named among those who harassed him.

The university placed Doyle on administrative leave on June 6, in light of those allegations. A day later, Doyle defended himself in a statement posted on Twitter where he said, in part: “At no time have I crossed the line of unethical or racially biased behavior. I do not make racist comments, nor do I tolerate people. that makes”.

On June 14, it was announced that Doyle, who had been with the program since 1999, was no longer with Iowa. Doyle, who was the highest paid strength coach in the country with an annual salary of $ 800,000, received a settlement of 15 months’ salary (approximately $ 1.1 million), and he and his family received Iowa benefits for 15 months, or until he found another job, which happened this month with the Jaguars.