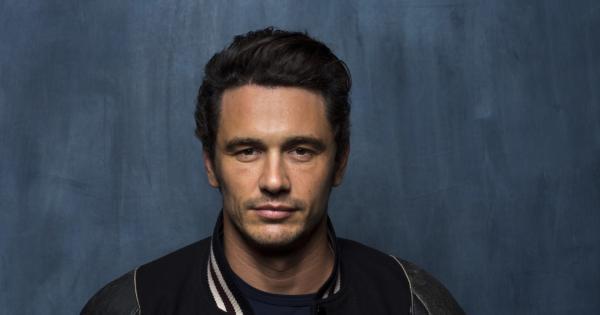 Two women decided to raise their voices and file a lawsuit against actor James Franco, whom they accuse of sexual exploitation. According to information shared by The New York Times, Sarah Tither-Kaplan and Toni Gaal, former students of an acting school founded by James, filed a lawsuit this Thursday that points to the 41-year-old actor as a participant in a group of men who used the students of the institution as a means to have inappropriate sexual behaviors.

The report notes that women came to acting school with the illusion of having a successful career, but were used by James Franco and his colleagues to obtain some sexual benefit. According to the testimonies of those involved, Franco involved them with promises of greatness and important roles in future projects, however, in reality everything was a pretext to take advantage of them. The situation soon began a climate of sexual harassment and exploitation inside and outside the classroom.

In 2014, James Franco began the operations of Studio 4, a private acting school with a presence in Los Angeles and New York. The institution was also created by Vince Jolivette, Franco’s close friend and business partner. Both appear as defendants in the lawsuit of Kaplan and Gaal, and are joined by Jay Davis, general manager of his production company Rabbit Bandini. At the moment, the representatives of the defendants have not issued statements.

According to what was mentioned by the victims, both entered Studio 4 in 2014, enrolled for US $ 300 per month and began study ing with the promise that, being students of that school, they would have secured several auditions in films produced by James Franco Despite the above, in the star’s tapes preference was given to actors who came from other places.

Studio 4 began offering additional master classes for US $ 2000, in addition to an exclusive lesson for sex scenes for US $ 750. Kaplan and Gaal pointed out in the lawsuit that to enter this last class it was necessary to audition with a video that later It would be seen by James Franco himself. Both women mentioned that the students of the school, including them, were invited to appear in sex scenes of independent films produced or directed by Franco that so far have not been revealed. At the time of the recordings, James forced them to do things beyond acting. The lawsuit says that on one occasion, during the filming of an orgy, the actor left the vaginas of his actresses exposed and pretended to practice oral sex.

It is worth mentioning that Studio 4 was closed in 2017 and that this is not the first time that James Franco faces charges of sexual abuse or harassment. Since 2014, the actor has been the protagonist in the accusations of several women who point him as a predator of unfortunate predatory behaviors. Despite these situations, Franco remains in the industry and has repeatedly expressed support for movements that seek to end harassment in Hollywood.

These days it is common to observe how famous Hollywood stars fall due to numerous accusations of abuse. Me Too and Time’s Up have been responsible for bringing some justice to the environment, such as the case of Harvey Weinstein, a producer who for many years dedicated himself to harassing many actresses through improper proposals with the promise of roles in successful films and a prodigious career in Hollywood. Currently, Weinstein is free, but his life is monitored by the authorities.

During the next few days we will discover how the demand of the former students of Studio 4 proceeds and if it manages to have important repercussions on the life of James Franco.