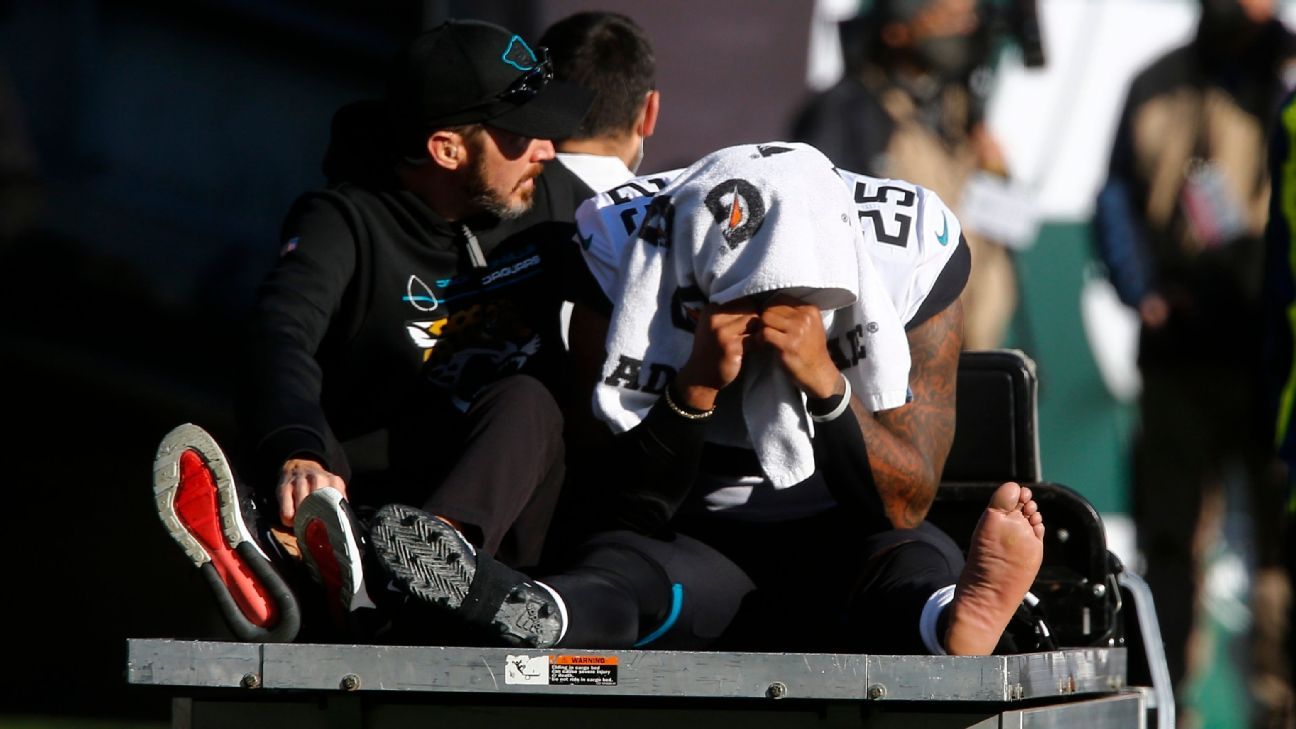 The Jacksonville Jaguars lost their best offensive player Sunday when running back James Robinson suffered a partial tear to his left Achilles tendon in Sunday’s game against the New York Jets, a source told ESPN.

The injury occurred in the first quarter when Robinson came out of position in the backfield. He immediately fell to the ground and grabbed his left foot. They helped him out of the field and then took him to the locker room in an emergency cart and he with a towel over his head.

Robinson battled a heel and knee injury in November and missed playing time.

Dare Ogunbowale and Nathan Cottrell are the only other running backs on the active roster. The team signed Ryquell Armstead earlier this week, but he is inactive.

Robinson is the Jaguars’ leading running back with 767 yards and 979 yards of total offense. Robinson had three carries for 10 yards Sunday before his injury.

In 2020, Robinson posted the most yards from the line of scrimmage (1,414) and the second-highest rushing yards (1,070) in the common draft era by an undrafted rookie.