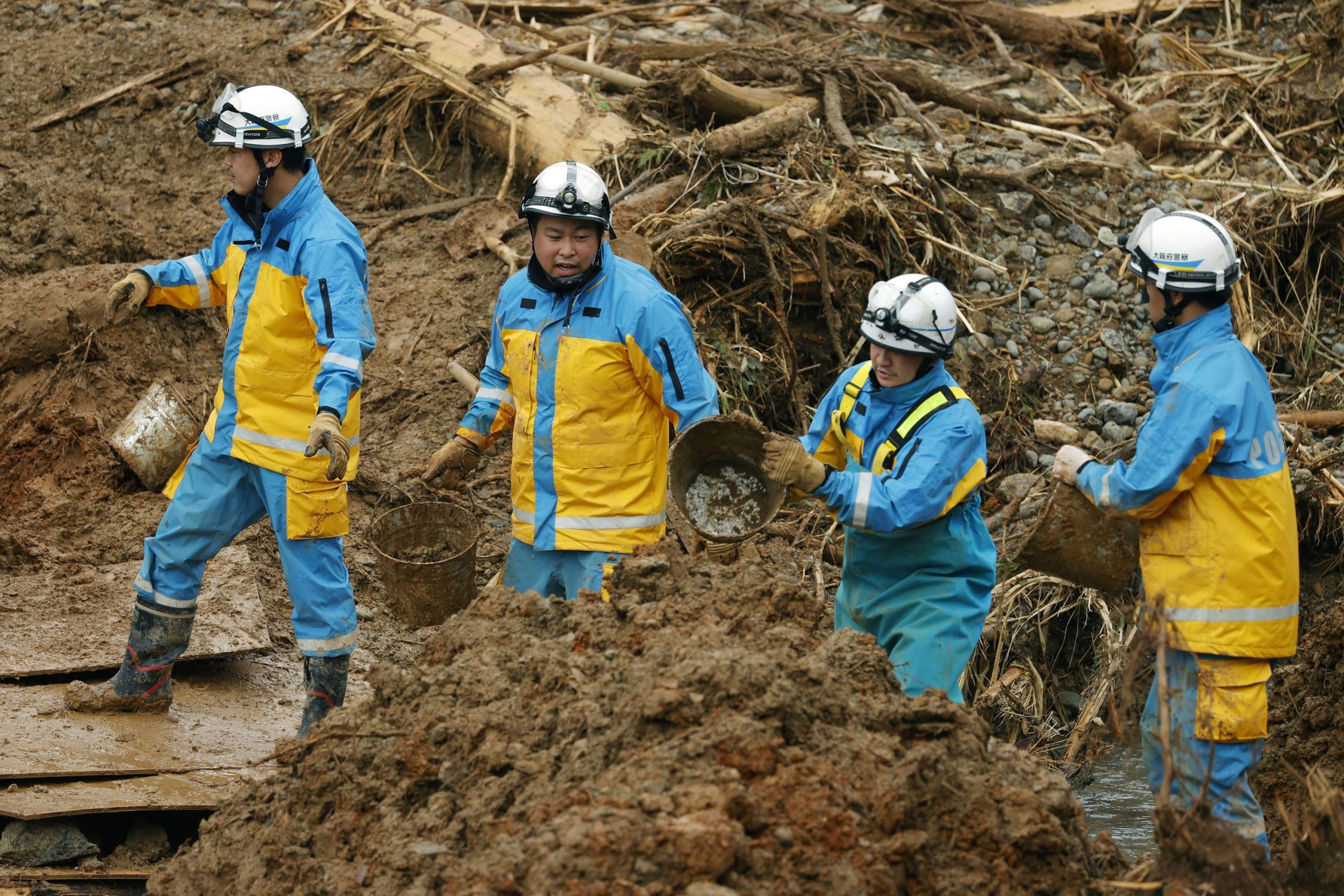 TOKYO (AP) – Search for missing people and evacuations of those stranded amid floods and landslides continue in parts of Japan as the region prepares to receive more rain over the weekend.

The number of fatalities rose to 66 on Friday morning, while 16 people are still missing, the Fire and Disaster Management Agency reported. Most of the victims are residents of Kyushu Prefecture, the third largest island in the country.

The damage has spread beyond Kyushu and into Japan’s picturesque mountain villages known for their hot springs and hiking.

Search and rescue efforts continued in the town of Kuma, where nine people are missing and operations have been hampered by heavy flooding and the risk of further landslides. People stranded in the midst of the floods have been rescued by air.

In the town of Yufuin, in the Oita prefecture and famous for its hot springs, a waitress was found dead and rescuers continue to search for three of their relatives, who are still missing.

Almost 2,000 people remain stranded in 70 different locations, said Cabinet Secretary Yoshihide Suga. Rescue agencies and authorities have been in contact with most of these areas, although the severity of the damage is still unknown.

The Meteorological Agency has issued evacuation notices for Nagasaki and other areas in the Kyushu region due to persistent rains. In total, more than 1.2 million people have been asked to evacuate the area, although it is not mandatory.

The agency forecast up to 11 inches (300 millimeters) of rainfall on the island through Saturday.

Suga called on residents of the affected regions to evacuate to designated facilities and assured the population that the security protocols related to the pandemic are followed.